What is the argument for psalm 42 and psalm 43 being different psalms?

Psalm 42 and 43 in English translation are separated following a tradition of the LXX but are translated from the MT apparently being a single composition via all the commentaries. Can you offer a proof of them being different psalms?

Although the two psalms do seem to have been one at some point (due to the refrain), the MT does in fact separate the two psalms. You can see the Aleppo Codex here: 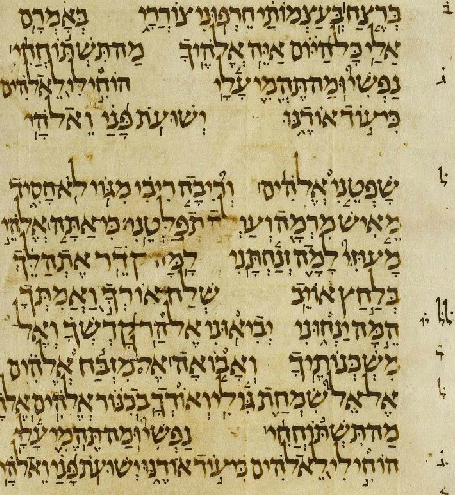 Or the Leningrad Codex here: 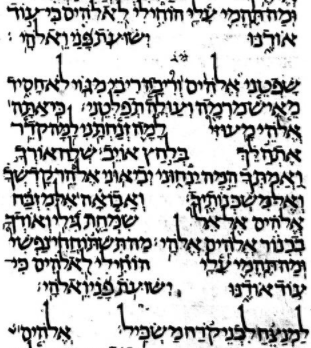 In fact, what's preserved of the Dead Sea Scrolls in 11Q Psalms (photo) might even show the beginning of Psalm 43 starting a new paragraph: 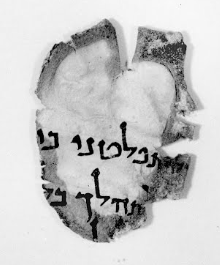 The Jerusalem Talmud (Shabbat 16:1) does speak of 147 psalms, which might indicate that some of the 150 psalms in the MT were originally combined. From the Babylonian Talmud (Berachot 9b), it seems that the first two psalms were originally considered one, but identifying any others as having originally been one is a matter of speculation. Psalms 9-10, for instance, form a broken acrostic, and might have originally been one, but there's no question that the division of those two psalms, like that of Psalms 42-43, was present in the MT and its predecessors for a long time.

In the Salter psalms that do not have a prescript are often ment to be read together. Psalm 42 begins the second book of the psalter is is part of an elohist psalter of about 40+ books. Since the LXX divides them it points to the division being very early. The reason is to make a collection of 42 elohist books.

Not the answer you're looking for? Browse other questions tagged psalms septuagint or ask your own question.

3
Is Psalm 19 an example of the Teleological Argument?
10
How is the Septuagint interpretation of Psalms 40:6 reconciled with the Hebrew text?
15
The religious identity of those who translated Psalms 24:1 into the LXX
8
Psalms superscripts: completion or choirmaster?
14
Is David's name at the beginning of the Psalms intended as an attribution of authorship?
16
Are the Psalms superscripts misplaced?
8
Is there some problem with God as rock in the LXX Psalms?
2
How does Žä╬Ą╬╗ßĮ│Žē describe the Israelites yoking themselves to Baal of Peor as stated in the Septuagint translation of Numbers and Psalm 106(105)?
7
Psalm 96 (95) Why does the LXX translate ūÉū£ūÖū£ūÖūØ as ╬┤╬▒╬╣╬╝Žī╬Į╬╣╬▒?
5
Why does the NIV translate Psalms 52:1 differently than many other translations?