But the word of the Lord continued to grow and to be multiplied.

Is it talking about the people or the written word of the Lord?

The phrase λόγος τοῦ Κυρίου (= word of the Lord) occurs in a number of places. It appears to have the following meanings:

Thus, the "word of the Lord" in Acts 12:24 appears to be the teachings that Jesus taught the disciple which they spent the rest of their lives proclaiming to the rest of the world. Thus, they could say that, "the word of God continued to grow and to multiply".

But the word of the Lord continued to grow and to be multiplied.

This was in partial fulfillment of Jesus' great commission in Mark 16:15

And He said to them, "Go into all the world and preach the gospel to every creature.

But you will receive power when the Holy Spirit comes upon you, and you will be My witnesses in Jerusalem, and in all Judea and Samaria, and to the ends of the earth."

Is it talking about the people or the written word of the Lord?

23 Immediately, because Herod did not give glory to God, an angel of the Lord struck him down, and he was eaten by worms and died.

24But the word of God continued to spread and multiply.

According to https://biblehub.com/timeline/#complete, Herod Agrippa Died in 44 CE.

Rather than meaning a single word, λόγος often means message, thus "God's message" or even = "the Gospel."

Senses of the word from Logos Bible Software. 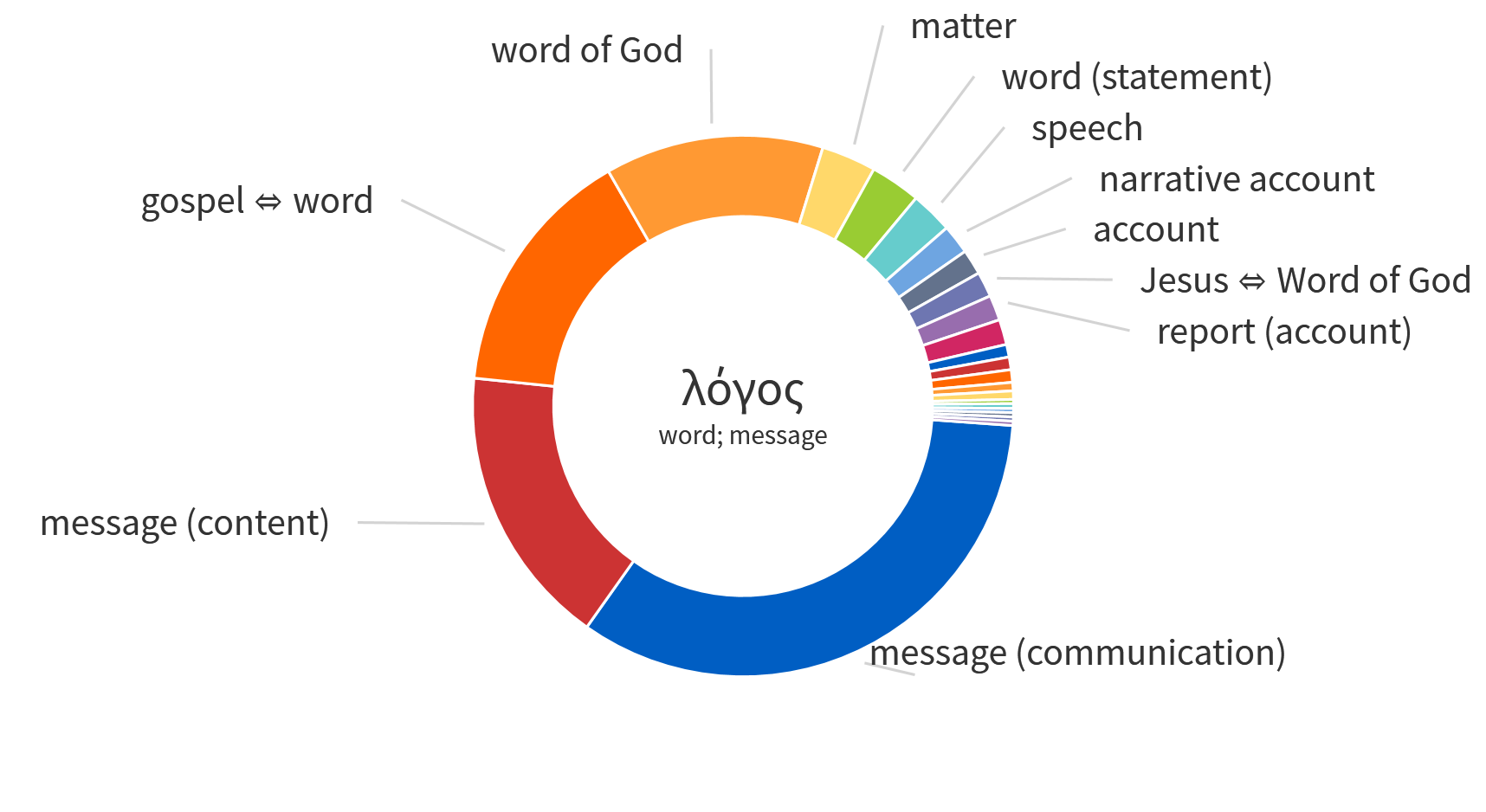 ὁ λόγος referring to a passage of Scripture:

so that the word spoken by the prophet Isaiah might be fulfilled:

ὁ λόγος is a sentence.

This was to fulfill the word that he had spoken: “Of those whom you gave me I have lost not one.” (John 18:9, ESV)

This was to fulfill the word that Jesus had spoken to show by what kind of death he was going to die. (John 18:32, ESV)

The one who rejects me and does not receive my words [τὰ ῥήματά] has a judge; the word [ὁ λόγος] that I have spoken will judge him on the last day. (John 12:48, ESV)

ὁ λόγος as a statement:

The Jews answered him, “We have a law, and according to that law he ought to die because he has made himself the Son of God.” 8 When Pilate heard this statement [ὁ λόγος], he was even more afraid. (John 19:7–8, ESV)

Not the answer you're looking for? Browse other questions tagged acts or ask your own question.