How long had the Shunammite’s son been dead before Elisha resurrected him?

Elisha met a Shunammite and gave her a son in 2 Kings 4.

The son died. Elisha brought him back to life.

32 When Elisha reached the house, there was the boy lying dead on his couch. 33He went in, shut the door on the two of them and prayed to the Lord. 34Then he got on the bed and lay on the boy, mouth to mouth, eyes to eyes, hands to hands. As he stretched himself out on him, the boy’s body grew warm. 35Elisha turned away and walked back and forth in the room and then got on the bed and stretched out on him once more. The boy sneezed seven times and opened his eyes.

How much time had elapsed between these two events?

Thus, when Elisha raised the boy (V32) it would have been at least 12 hours later or even the next day. For reference see a scan of a local map showing Shunem and Mt Carmel. 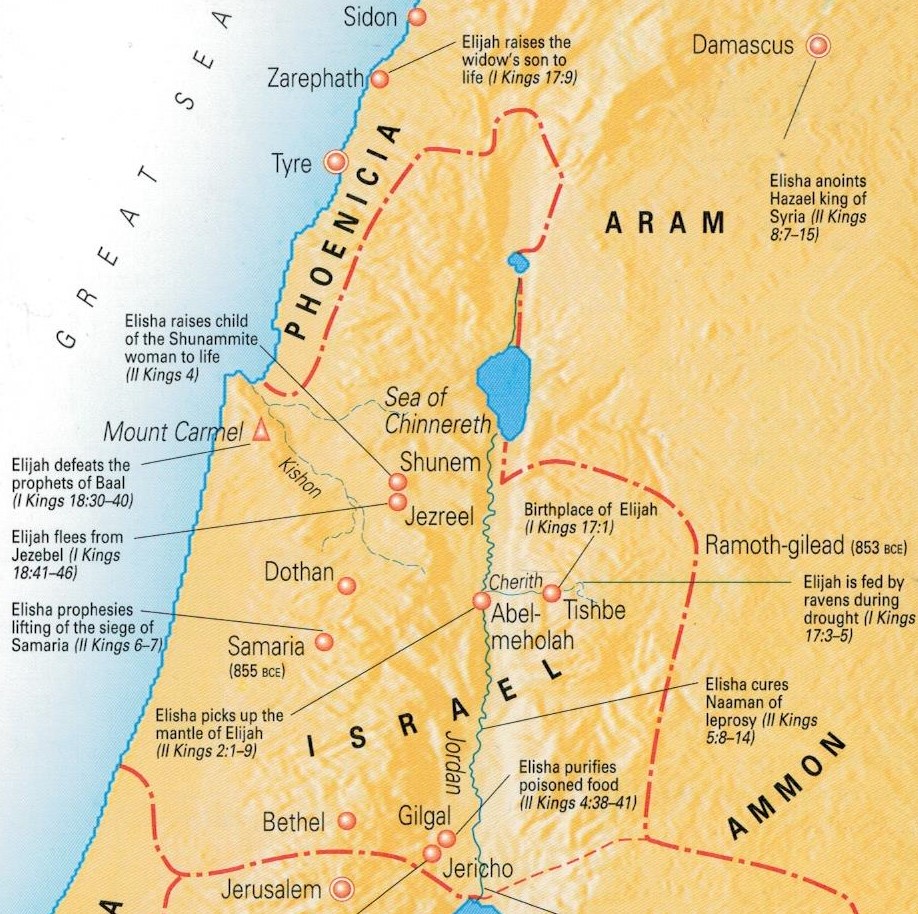 Not the answer you're looking for? Browse other questions tagged 2-kings or ask your own question.

1
Where was Elisha when he sent a son of the prophets to Ramoth Gilead to anoint Jehu?
6
Why did God change his mind concerning the anointing of Jehu by Elijah in 1 Kings 19?
8
Why is the bloodshed of Jezreel to be avenged on the house of Jehu in Hosea 1:4?
0
Was the shunammite woman sarcastic or ungrateful in 2 kings 4?
3
Did the Shunammite woman expect Elisha to resurrect her son in 2 Kings 4:23?
2
How did Elijah send a letter to King Jehoram, if Elijah had already been taken to heaven?