How did a prisoner pay back debt?

How did a prisoner pay back debt in a 1st century prison? In Matthew 18:21-35 there is a prison that debtors go to payback their debts. Is this done by working there? Were some people there already slaves? Verse 30 of Matthew 18 speaks of the "man thrown into prison until he could pay the debt." How would he pay it back while in prison? What system did they have in place to pay it back?

The clear questions posed might be worded this way: how, in Roman-era Palestine, would an imprisoned slave pay back a financial debt? The impetus comes from Jesus' parable of the unforgiving servant/slave of Matthew 18:21-35.

It really requires an answer in two parts: first, to explain why the concern of OP's main question would not be in the thoughts of those who first heard this parable; and second, to suggest some response to OP's question itself.

Part of the point of this parable is that the unforgiving servant, who had his own debt of "10,000 talents" (μυρίων ταλάντων, Matt 18:24) remitted ("forgiven") will not "forgive" the paltry debt that he himself is owed.

According to the ESV Study Bible, 10,000 talents in "today's money" equates to about US$6 billion:

In approximate modern equivalents, if a laborer earns $15 per hour, at 2,000 hours per year he would earn $30,000 per year, and a talent would equal $600,000 (USD). Hence, “ten thousand talents” hyperbolically represents an incalculable debt—in today’s terms, about $6 billion.

Craig Keener has pointed out that, in any case, "the real worth of the debt in this story may be greater still: 10,000 being the largest single number Greek could express and the talent being the largest unit of currency, Jesus is making the parable particularly graphic." It is so great an amount that "the poor man owes the king more money than existed in circulation in the whole country at the time!"1

It would be a little bit like saying the debt was for "a billion bars of gold bullion!" Anyone hearing the sum would know immediately that the sum was unimaginably huge. 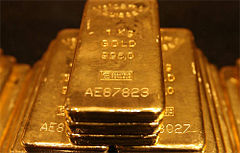 As is often noted in treatments of the parable,2 the "unforgiving-ness" of the servant means that he has condemned himself to live out his days in the company of his tormenters ("torturers", really - τοῖς βασανισταῖς, v. 34), and the one hearing the parable is left to ponder

the crucial importance of being merciful in order to receive mercy.

As (probably) every study of this parable concludes, this is a debt that is impossible to pay back, whether in prison or otherwise -- which leads to our perception of this servant's own ungracious stupidity for failing to show to his fellow-servant the tiniest fraction of the mercy that had been shown to him (Matt 21:27, "The lord of that servant, being moved with compassion, released him, and forgave him the debt.").

This leaves unanswered OP's question: "What system did they have in place to pay it back?" I have just three brief notes here; others might be able to elaborate further:

How did a prisoner pay back debt?

The parable of Jesus in Matthew 18:21-35(NASB) is a lesson in forgiveness.

In verse 24 we read that the slave owed his master 10,000 talents, indeed an awful large amount of money, for just one talent would have been the equivalent of about 20 years wages for a common laborer, in Jesus days.

In verse 27 we read that the master forgave the slave and wrote the debt off:

27 And the lord of that slave felt compassion and released him and forgave him the [d]debt.

28 But that slave went out and found one of his fellow slaves who owed him a hundred [e]denarii; and he seized him and began to choke him, saying, ‘Pay back what you owe.’

One hundred denarii is a comparatively small amount to 10,000 talents. (10,000 talents =60,000,000 denarii) When the other slaves saw this happen, they told the Master, the Master became very angry at the unforgiving slave and said to him.

32 Then summoning him, his lord *said to him, ‘You wicked slave, I forgave you all that debt because you pleaded with me. 33 Should you not also have had mercy on your fellow slave, in the same way that I had mercy on you?’ 34 And his lord, moved with anger, handed him over to the torturers until he should repay all that was owed him.

The slave should have learned a lesson from his forgiving Master, so the Master had the unforgiving slave thrown in jail until he paid the 60,000,000 denarii of money he owed. In jail naturally, he could never earn and repay that large amount of money back, so he would stay there until he died.

Jesus then finishes his parable with the following:

35 My heavenly Father will also do the same to you, if each of you does not forgive his brother from [a]your heart.”

The Master in the parable is God, if God forgives us for our large sum of sins, how much so we should forgive others for the comparatively small sins they do against us. Jesus taught in the Sermon on the Mount: "And forgive us our debts, as we also have forgiven our debtors." (Matthew 6:12 NASB)

Not the answer you're looking for? Browse other questions tagged matthew parables or ask your own question.

12
Meaning of the Parable of the Sower
12
In Matthew 18:34, what does the Greek word βασανισταῖς (“torturers”) mean?
3
Was the Unmerciful Servant literally expected to pay back his debt via torture and if so how?

3
Was the Unmerciful Servant literally expected to pay back his debt via torture and if so how?
1
In the parable of the talents, Matthew 25 , how did the servants trade their talents?
1
Was the 100 denarii owed by the second servant in Jesus's parable supposed to be a substantial amount of money?
2
Did Jesus first appear to the 11 disciples in Jerusalem or Galilee?
1
"But pray that your flight may not be in the winter, or on a sabbath...." - Matt, 24:20. Could this line be in reference to a single day?
3
Why does Matthew 26:17 seem to ignore/contradict the instructions and schedule of Leviticus 23:5-7?
7
Understanding the Parable of the Weeds (Matthew 13:24-30)
5
Are Jesus (Matt 5:27-30) and Paul (Rom 8:1-17) teaching different approaches to overcoming the sin of lust?
1
Why are people asking Jesus questions on Matthew 25:37?
5
How to interpret "All who live by the sword, die by the sword..."