Why does Jesus clear the temple so early in John's gospel?

John 2:13-22 is the story of Jesus clearing the temple. In Mark's gospel, the same thing happens in the final week before Jesus' death.

What is John's purpose in including this so early in the text? Is there any significance in it's placement in the chapter/book?

One option, of course, is to say that two similar events happened, one at the beginning of Jesus' ministry and one at the end. This is hard to maintain, however, as John frequently re-orders events from the synoptic gospels to achieve his theological point. Moreover, the descriptions of the events are very close.

So we have to ask why John chose to move it from the end of Jesus' ministry to the beginning. To me, the obvious reason is that it gives a sort of thematic/hermeneutic key to the reading of the rest of the Gospel.

First, it is a demonstration of the corruption and insufficiency of first-century Judaism. It points to the rejection of God by the nation of Israel just as they later reject Jesus.

Second, it says something about what John thinks about Jesus. The Temple was classically understood as the dwelling-place of God on earth. In the Gospel of John, that is changed: God comes to dwell in the person of Jesus Christ (cf. 1.14), who takes on the role of the Temple.

We see this in the narrative from John 2:

This is a concern of John's that occurs later in the Gospel as well. He changes the timings of the Passion narrative so that Jesus' death on the Cross occurs as the Passover sacrifice. In this way again John points to Jesus replacing the Temple.

I remember Tim Keller saying in a sermon that John only covers 22 days of Jesus' life. So there is not much difference between the beginning and end over that timescale. A quick Google also confirms what Keller said http://bible-truth.org/JohnChapter5.html

From two other apologetics sites, it appears that there was more than one temple clearing in Jerusalem. (https://evidenceforchristianity.org/why-do-the-accounts-of-the-clearing-of-the-temple-in-john-and-the-other-gospels-differ-as-to-timing/ and https://apologeticspress.org/apcontent.aspx?category=6&article=660). Since John even wrote at the conclusion of his gospel how his account barely covers literally everything Jesus did during his ministry, we can assume this to be the case.

At the same time, I seemed to find some evidence that at least the events described in the first 3 chapters of the gospel of John is chronological. When I referred to Rose Publications' "The Life of Jesus" timeline, I noticed that John was the only gospel that describes Jesus traveling first to Cana to a wedding where he changes water into wine and then goes to Jerusalem during Passover which is where all observant Jews traveled to annually. It would make sense that this first supposed temple clearing happened since we see Nicodemus wanting to meet Jesus secretly at night in the very next chapter to avoid being seen with a man who earlier made a huge scene overturning tables and whipping at the vendors and their livestock (chapter 3). And then we see in the same chapter (verse 22), John wrote "After this, Jesus and his disciples went out into the Judean countryside..." 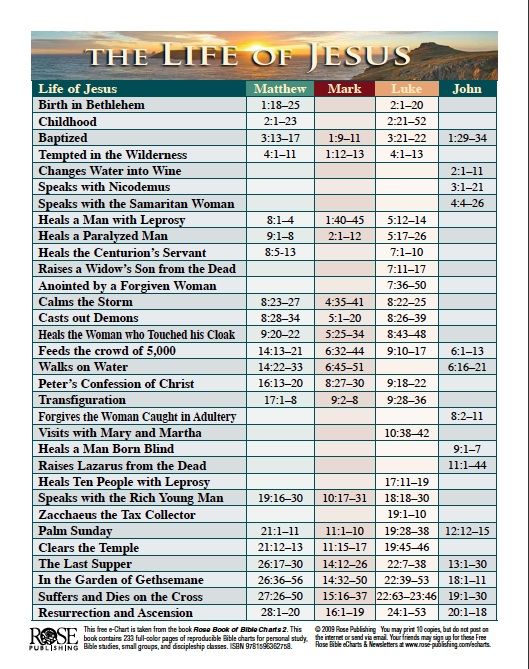 Another Evangelist writes, that as He cast them out, He said, Make not my Father’s house “a den of thieves,” but this one, “Make not My Father’s house) an house of merchandise.”

They do not in this contradict each other, but show that he did this a second time, and that both these expressions were not used on the same occasion, but that He acted thus once at the beginning of His ministry, and again when He had come to the very time of His Passion. Therefore, (on the latter occasion,) employing more strong expressions, He spoke of it as(being made) “a den of thieves,” but here at the commencement of His miracles He does not so, but uses a more gentle rebuke; from which it is probable that this took place a second time.1

It is to be noted that John makes this transaction of Jesus with those He found selling oxen and sheep and doves in the temple His second work; while the other Evangelists narrate a similar incident almost at the end and in connection with the story of the passion ... After giving an account nearly identical with this, as far as, “And Jesus went up to Jerusalem, and He found in the temple those who were selling oxen and sheep,” [John] gives a second account of an ascent of the Lord to Jerusalem, and then goes on to tell of the supper in Bethany six days before the passover, at which Martha served and Lazarus was at table ... Three of the Gospels place these incidents, which we supposed to be the same as those narrated by John, in connection with one visit of the Lord to Jerusalem. While John, on the other hand, places them in connection with two visits which are widely separated from each other and between which were various journeys of the Lord to other places. I conceive it to be impossible for those who admit nothing more than the history in their interpretation to show that these discrepant statements are in harmony with each other. If any one considers that we have not given a sound exposition, let him write a reasoned rejoinder to this declaration of ours.2

Twice the Lord drove out the money changers: when He began working miracles, as described here; and shortly before His passion, as recorded by Matthew. Here the Lord speaks more gently. Make not My Father's house a house of merchandise. Because this was the beginning of His miracles, He does not speak with such boldness as He would employ later, after displaying His power on many occasions. Then He would say, as Matthew relates, "Do not make it a den of thieves"3, accusing them of thievery, since they made their profit by unrighteous means.4

1. Homily XXIII on John
2. Commentary on the Gospels, X.15, "Discrepancy on the Gospel Narratives Connected with the Cleansing of the Temple"
3. Matthew 21:13
4. Explanation of the Holy Gospel According to St. John (tr. from the Greek; Chrysostom Press, 2007), p.44

In writing his gospel John did not follow the chronological order of events. If you notice chapter two of John's epistle mention events at beginning and end of his ministry. The beginnings of the chapter mention about his first miracle in Cana of Galilee. Then in the middle it mentions his ministry in Capernaum. Then He progress to his last trip to Jerusalem, his visit to the temple where he drove away money changers. He then omits events leading to his death but in verse 22 he mentions events after His resurrection. The gospel emphasized the evangelical part of his ministry without necessarily putting emphasis on the chronological order. In chapter 3 he encounters Nicodemus, a friend of Rabbi Amos according the the letters of Adina compiled in a book entitled Prince of the house of David. Rabbi Amos resided in Jerusalem. According to these letterers this encounter took place after the deliverance of Benjamin son of Rabbi Amos became devil possessed, a lunatic. Jesus wonderfully delivered him. Nicodemus, knowing the childhood past of Benjamin got convinced that Jesus was a man sent from God. These events were took place just before driving away of the money changers and the ressurection of Lazarus. Chapter 3 mainly speaks about events in Jerusalem before his crucifixion. In chapter 4 he goes back to previous events reciprocating from Judea to Galilee and Samaria, touching things of the beginnings of his ministry, mentioning about the second miracle in Galilee after coming from Judeah. Chapters 8, 9, 11 enlighten on works that he did near the end of his ministry, chapters 12 to 13 highlight on events to the last supper. Thus some events left in chapter 2 are highlighted and emphasized in later chapters. John had a peculiar way of presenting the gospel to enlighten perspectives left out in other gospels. The book had its own peculiar place in the four gospels even as the each of the four living creatures had their own place in the fulfilment of the mystery of God. Yet when this mystery becomes open the all the pieces of the whole jigsaw puzzle unveil one picture of the mystery of God in the face of Christ.

In the synoptic gospels, the Cleansing of the Temple is the final trigger for the arrest and execution of Jesus. In Mark 11:15-17, Jesus overturns the tables of the money changers and the seats of them that sold doves and said, "ye have made it a den of thieves." Then (Mark 15:18), when the scribes and chief priests heard it, they sought how they might destroy him.

The author of John's Gospel chose to make the resurrection of Lazarus the trigger for the arrest of Jesus (John 11:47-48: "Then gathered the chief priests and Pharisees a council, and said, What do we? for this man doeth many miracles. If we leave him thus alone, all men will believe on him: and the Romans will come and take away both our place and our nation."). No longer needing the Cleansing of the Temple as a trigger for the arrest and trial of Jesus, this event is moved to the very beginning of the mission of Jesus as a relatively minor episode (John 2:14-16). To have left this episode at the end of the gospel would now have broken up the flow of events.

12
Did Jesus have the legal authority to cleanse the temple?
12
How should we understand the "Cleansing of the Temple"?

12
How should we understand the "Cleansing of the Temple"?
3
Why does everyone in John misunderstand Jesus?
19
Why does Jesus tell his mother his "hour has not yet come"?
5
Does John 21:20-24 indicate that the original author of the Fourth Gospel was dead?
10
Is John 21 a later addition to the Fourth Gospel?
14
What does John 20:31 tell us about the intended audience of John’s gospel?
7
Why was Jesus consistently not recognized by those who knew him after his resurrection?
2
John 11, Repetition with Mary and Martha
6
What is the significance of ἐγώ εἰμι, I Am He, in the betrayal and arrest of Jesus?
0
Should the prayer of Jesus mentioned in chapter 17 of John's Gospel be understood as a verbatim account?