How to interpret Isaiah 9:6? [duplicate]

Jews: For a child has been born to us, a son given to us, and the authority is upon his shoulder, and the wondrous adviser, the mighty God, the everlasting Father, called his name, "the prince of peace." https://judaism.stackexchange.com/questions/34228/what-does-isaiah-96-mean/34229#34229

So basically, according to jews, the mighty everlasting father is not the child but a divine being that called the child "the prince of peace"

Christian: For to us a child is born, to us a son is given, and the government will be on his shoulders. And he will be called Wonderful Counselor, Mighty God, Everlasting Father, Prince of Peace. http://biblehub.com/isaiah/9-6.htm

Okay this quite different. The difference is definitely ideological rather than in grammar. But if we check the grammar, what would we think?

The Hebrew of the Masoretic text states,

For a child was born *to us, a son was given *to us, and the rule was upon his shoulder, and his name was called, "Wonder, Counselor, Mighty God, Eternal father, Prince of peace."

1 Because the verbs יֻלַּד ,נִתַּן, and וַתְּהִי are conjugaed in the perfect tense (and translated in English past tense), some object to the notion that this prophecy by Isaiah could apply to anyone who lived in the future (e.g., Jesus). However, note the words of the learned Jewish grammarian and commentator David Kimchi (the Radak) on this subject. In his Sefer Mikhlol, he wrote,

And you should know that it is a typical behavior of the past tense verbs in the holy language to use the past tense in place of the future tense (which is marked by the letters איתן), and this is mostly in prophecies because the matter is clear as if past, because it has already been decreed. 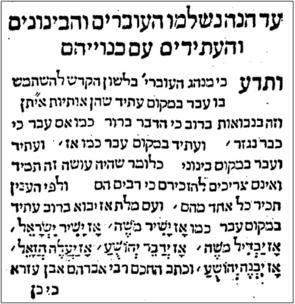 Not the answer you're looking for? Browse other questions tagged isaiah bible-versions or ask your own question.

11
To whom does El-Gibbor refer in Isaiah 9?
19
Should the title in Isaiah 9 be translated?
5
What does "the government shall be upon His shoulder" mean in Isaiah 9:6?

19
Should the title in Isaiah 9 be translated?
11
To whom does El-Gibbor refer in Isaiah 9?
5
What does "the government shall be upon His shoulder" mean in Isaiah 9:6?
4
How can a child in Isaiah 9:6 born in the north be the same child in Micah 5:2 in the south?
2
Is Isaiah 9:6-7 relating to Jesus the covenant promises of Abraham from Genesis 17:1-8?
4
Should there be a comma between "Wonderful" and "Counselor" in Isa. 9:6?
7
Does μεγάλου θεοῦ, great God, in Titus come from Isaiah 9:6?
1
Why is Jesus called the "Father of eternity" at Isaiah 9:6 in the YLT?
3
Is Isaiah 7 and Isaiah 9 speaking of the same child?
3
Is the order of Identities in Isaiah 9:6 significant?