7 Where can I go from Your Spirit? Or where can I flee from Your presence? 8 If I ascend to heaven, You are there; If I make my bed in Sheol, behold, You are there. 9 If I take the wings of the dawn, If I dwell in the remotest part of the sea, 10 Even there Your hand will lead me, And Your right hand will lay hold of me.

7 Where can I go from Your Spirit? Or where can I flee from Your presence? 8 If I ascend into heaven, You are there; If I make my bed in [a]hell, behold, You are there. 9 If I take the wings of the morning, And dwell in the uttermost parts of the sea, 10 Even there Your hand shall lead me, And Your right hand shall hold me.

Just referencing some commentaries in https://www.biblestudytools.com/psalms/139-9.html

[and] dwell in the uttermost parts of the sea; in the most distant isles of it, in the farthest parts of the world, the sea being supposed the boundary of it: or "in the uttermost parts of the west" F7, as opposed to the morning light and rising sun, which appear in the east; and the sea is often in Scripture put for the west, the Mediterranean sea being to the west of the land of Palestine; and could he go from east to west in a moment, as the above writer observes, there would God be. The Heathens represent Jupiter, their supreme god, as having three eyes, because he reigns in heaven, and in earth, and under the earth F8.

and and some commentaries in  https://biblehub.com/psalms/139-9.htm

I lift wings of dawn

I dwell in the end of the sea.

The wings of the morning.--This exquisite image suggesting not only the pinions of cloud that seem often to lift the dawn into the sky, but also the swift sailing of the light across the world, may be compared to the "wings of the sun" in Malachi 4:2, and the "wings of the wind" in Psalm 18:10.

The uttermost parts of the sea--i.e., to a Hebrew the extreme west. The poet imagines himself darting from east to farthest west, with the rapidity of light.

Therefore, based on said commentaries, one way of interpreting phrase in Psalm 139:9 "the wings of the dawn/the wings of the morning" is the sunlight rays furthest distance from the sun ( on the edge of the picture below which is marked by the oval shapes ) 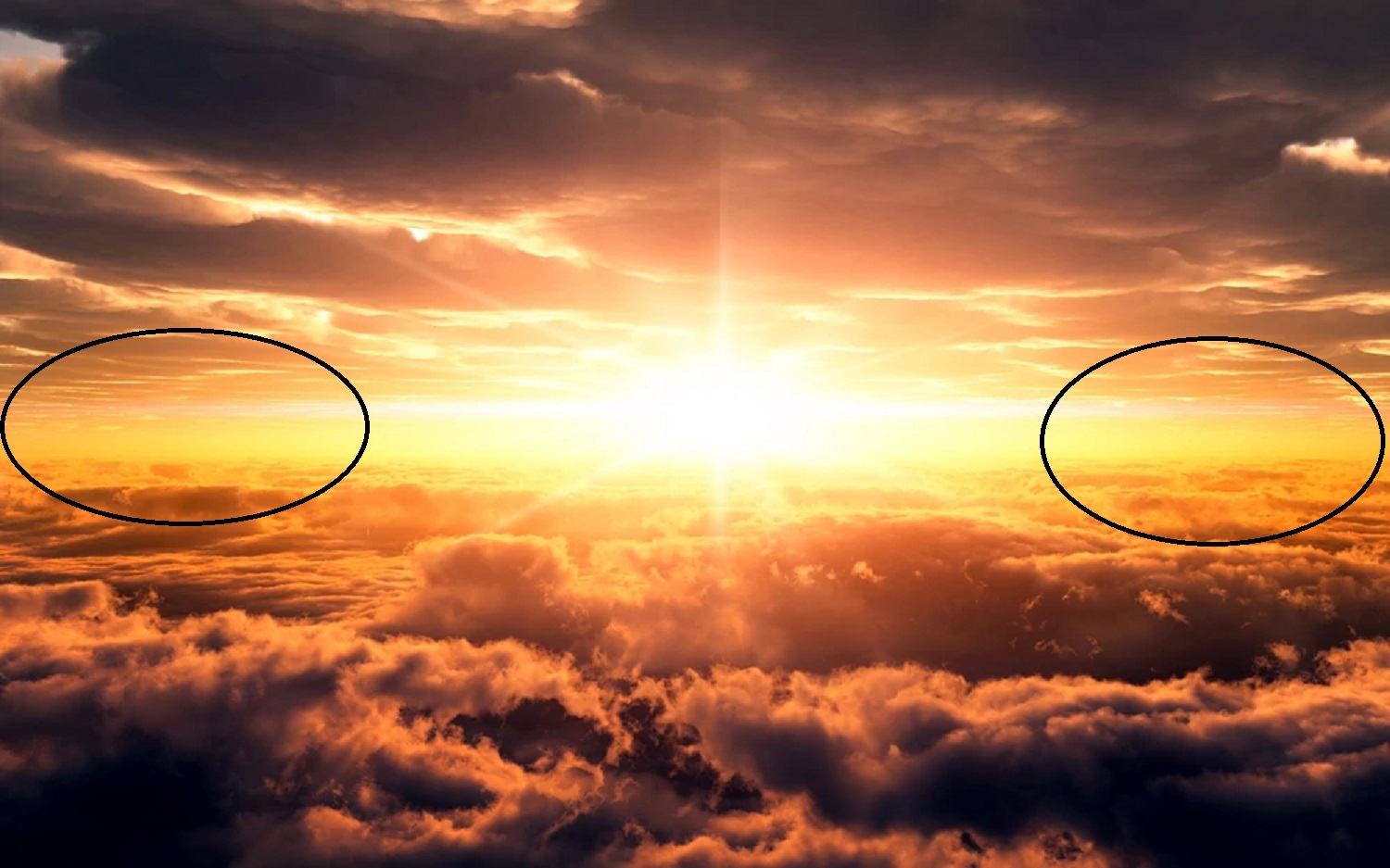 The article "Jehovah Knows Us Well!" in the Watchtower January 15, 1990 issue provides the meaning for the phrase:

These words are poetically descriptive of how the light of dawn, as if having wings, quickly spreads from the east to the west. But what if David could take the wings of the dawn and reach the most distant sea or islands in the west? He would still be subject to God’s hand, or control and direction. By means of His spirit, Jehovah would be there to guide the psalmist compassionately.​—Psalm 51:11.

This is just another example of how Jehovah God gave David, and all of us, the ability to express ourselves in a way that magnifies our Creator.

Not the answer you're looking for? Browse other questions tagged translation-philosophy hebrew-bible layers-of-meaning metaphor or ask your own question.

9
What does the Old Testament phrase 'cut off from their people' mean?
4
What do the wings and features in the description of the heavenly creature in Ezekiel Chapter 1 signify?
2
How do those who argue the Hebrew Bible does not have a concept of the afterlife support that claim?
8
What does the phrase "time of life" mean in Genesis 18:10?
1
In Psalm 139:17: רֵעֶיךָ: „thoughts” or „friends”?
2
( Psalm 40:5 ) Does "And Your thoughts toward us;" mean that God is Specifically thinking about us?
7
What is the significance that the word Sabbath is often plural?
1
Psalm 37:4 & Psalm 20:4 "...grant you your heart’s desire..." and "...give you the desires of your heart..." "dual-natured layers of meaning"
1
(Psalm 141:5) the righteous should correct us in a kind manner Or saying correcting by and in itself is kindness
5
Elaborate on what Psalm 138:2 "For You have magnified Your word according to all Your name." means