2 Kings 9:33 they trampled her underfoot vs Jehu rode over her

“Throw her down!” Jehu said. So they threw her down, and some of her blood spattered the wall and the horses as they trampled her underfoot.

and he said, “Throw her down! ” So they threw her down, and some of her blood splattered on the wall and on the horses, and Jehu rode over her.

Which version is more accurate?

The senses in the MT (generated with Logos Bible Software) 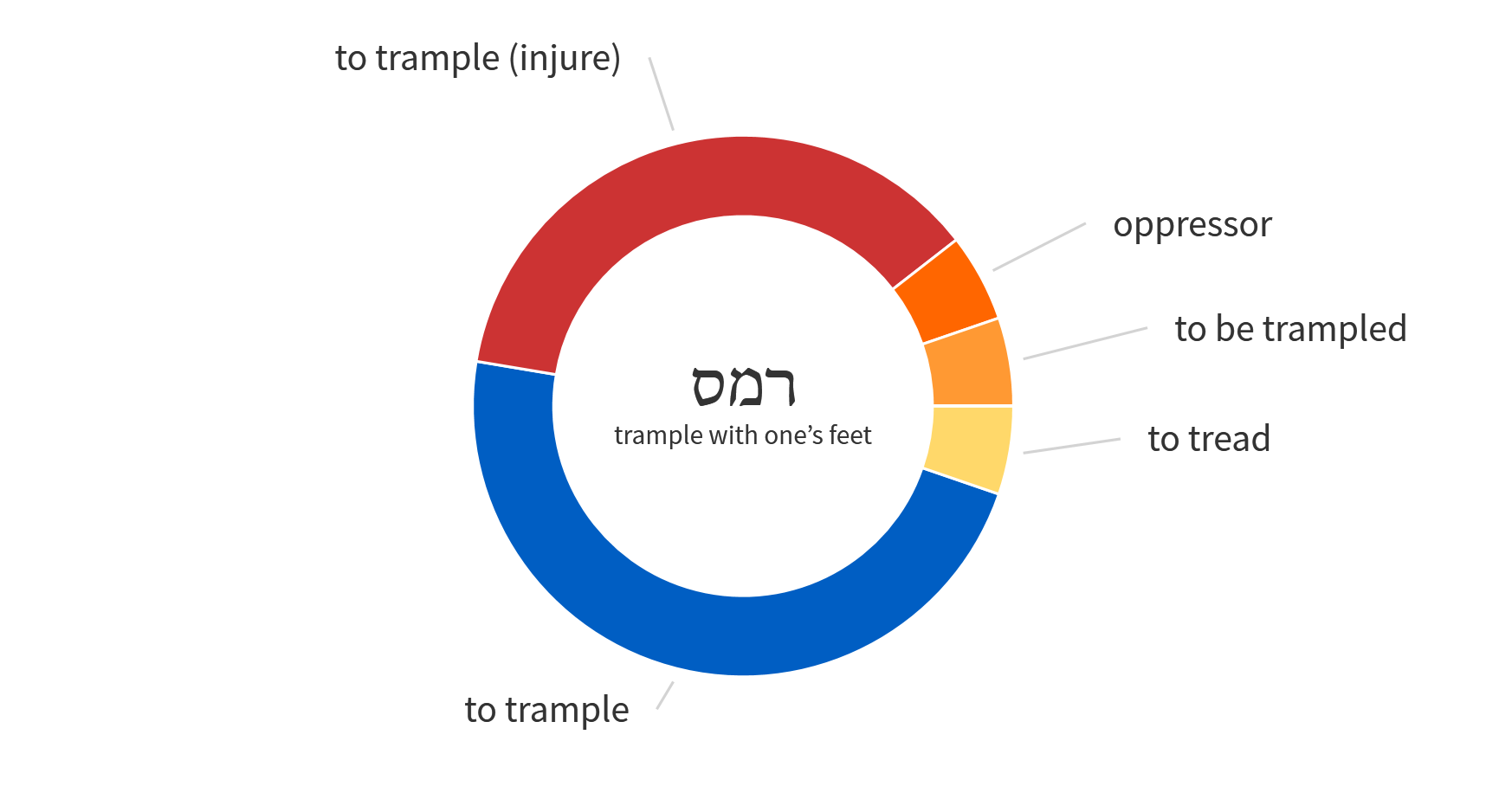 Apparently the issue is the verb is singular. Thus literally "he trampled her." The Septuagint (LXX) has plural.

The NASB95 has the most literal translation.

He said, “Throw her down.” So they threw her down, and some of her blood was sprinkled on the wall and on the horses, and he trampled her under foot.

There is a struggle how to make this clear. "He" means Jehu, but the reference to horses sounds like Jehu was in a chariot. It is doubtful that Jehu go out of his chariot to personally stomp on Jezebel, so he rode over her with the horses and his chariot makes sense. But, this is interpretation rather than translation.

Not the answer you're looking for? Browse other questions tagged 2-kings or ask your own question.

8
What is the significance of the floating ax head in 2 Kings 6:1-7?
7
Why did the commanders put their garments under Jehu?
12
Sacrifice of the first-born son leads to fury
2
Are the 24 elders of Revelation Past Kings of Judah and Israel?
8
Why is the bloodshed of Jezreel to be avenged on the house of Jehu in Hosea 1:4?
2
Did Jezebel also destroy the sons of Naboth as alluded to in 2 Kings 9?
5
Who anointed Hazael as king of Aram?
1
Why did Jehu initially refuse to tell the officers what the prophet said?
1
Did Jehu put words in Elijah's mouth in 2 Kings 9:37?
0
Is Jehu a prophet?