14 If a man marries a woman and her mother, it is wickedness. They shall be burned with fire, both he and they, that there may be no wickedness among you.

How come there were different punishments? What explanations can be given for immolation in verse 14 and childlessness in verses 20-21.

This is a case where the English translation is technically correct but misleading. To make it more clear, it could have been translated instead as "put to death" rather than "die." Consider the Hebrew interlinear for verse 20. 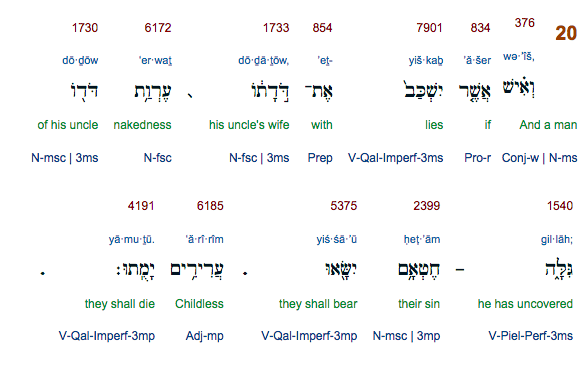 This could, perhaps, even be translated as "childless, they shall die." But look at the meanings for the Qal form of this Hebrew verb via the tooltip for this word. 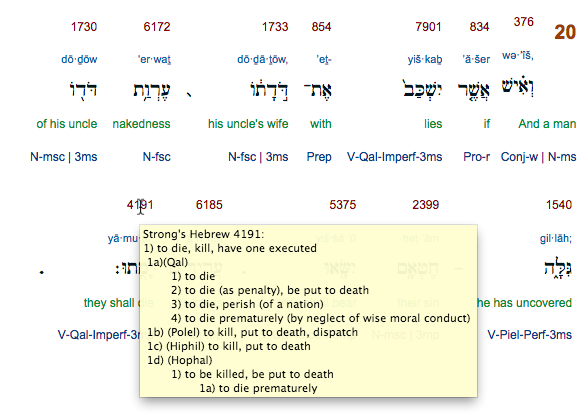 Notice the second meaning which has "to die (as penalty), be put to death."

In other words, it appears that they were to be executed promptly, and that the execution should take place before any children might have come from their illicit relationship.

I understand that others may view this passage differently. For those who think the couple was permitted to live, yet not bear children, how would said children have been prevented? There is nothing in the scripture to indicate how such a sentence would have been enforced or enforceable. When a man was jealous over his wife, thinking she might have been unfaithful, she was to drink the bitter water of the curse that would prevent her from having children, but nothing of this nature is prescribed for these illicit relationships.

Here is a portion of the passage pertaining to the bitter water of the curse (see the entire chapter for the full story).

And the priest shall take an handful of the offering, even the memorial thereof, and burn it upon the altar, and afterward shall cause the woman to drink the water. (Numbers 5:26, KJV)

And when he hath made her to drink the water, then it shall come to pass, that, if she be defiled, and have done trespass against her husband, that the water that causeth the curse shall enter into her, and become bitter, and her belly shall swell, and her thigh shall rot: and the woman shall be a curse among her people. (Numbers 5:27, KJV)

And if the woman be not defiled, but be clean; then she shall be free, and shall conceive seed. (Numbers 5:28, KJV)

This is the law of jealousies, when a wife goeth aside to another instead of her husband, and is defiled; (Numbers 5:29, KJV)

Or when the spirit of jealousy cometh upon him, and he be jealous over his wife, and shall set the woman before the LORD, and the priest shall execute upon her all this law. (Numbers 5:30, KJV)

Then shall the man be guiltless from iniquity, and this woman shall bear her iniquity. (Numbers 5:31, KJV)

The punishments are not actually different; only the manner of execution of the punishment is simply not repeated during the subsequent delineation of equivalent infractions. All of these illicit sexual relationships were to be punished with death.

Regarding Punishments in [Vayiqra וַיִּקְרָ֖א | Leviticus 20] for violating the Mitsvot of Leviticus 18.

Why in [Vayiqra וַיִּקְרָ֖א | Leviticus 20:21] should an Ish אִ֗ישׁ "Man" become Aririm עֲרִירִ֥ים "Childless" due to a forbidden union with his brother's wife (while his brother is still alive)?

For violating the Mitsvah of Leviticus 18:17, we learn about the curse of "Lust" known as זִמָּ֣ה Zimmah in [Leviticus 20:14] .

"If a man marries a woman and her mother, it is [Lust] ; both he and they shall be put to the fire, that there be no [Lust] among you."

To escape potential punishments for Zimmah זִמָּ֣ה, we are reminded in [Matthew 5:27-30] How to perform the mitsvah of Leviticus 18:17 by denying Lustful behavior.

[Sanhedrin 75a.7] MISHNA: And these are the transgressors who are burned in the implementation of the court-imposed death penalty: One who engaged in intercourse with a woman and her daughter, and one who is the daughter of a priest and who committed adultery. (מתני׳ ואלו הן הנשרפין הבא על אשה ובתה ובת כהן שזנתה)

How was the Leviticus 20:14 Burning executed by the Sanhedrin?

Not the answer you're looking for? Browse other questions tagged leviticus moses torah or ask your own question.