Does the use of past tense in Hebrews 2:4 indicate that signs, wonders, miracles and the gifts of the Holy Spirit had ceased?

Therefore we must pay much closer attention to what we have heard, lest we drift away from it. 2 For since the message declared by angels proved to be reliable, and every transgression or disobedience received a just retribution, 3 how shall we escape if we neglect such a great salvation? It was declared at first by the Lord, and it was attested to us by those who heard, 4 while God also bore witness by signs and wonders and various miracles and by gifts of the Holy Spirit distributed according to his will.

Does the use of past tense indicate that signs, wonders, miracles and gifts of the Holy Spirit were something from the past, useful at some point to authenticate the preaching of the gospel, but now no longer necessary, and thus, obsolete?

Hebrews 2:1-4 is a discussion about the veracity and authority of what has already occurred, namely -

Therefore, what we believed and preached was true. Obviously, the language is in the past tense because Hebrews was written after Jesus life on earth!!

The logical extension to this is, what we believed is true, then we can go on and continue to believe these things. This says nothing about any discontinuance of such activity.

2 For if the word having been spoken by angels was unalterable, and every transgression and disobedience received a just recompense, 3how shall we escape, having neglected such a great salvation, which, having received a commencement [i.e., first] declared by the Lord, was confirmed

This is the main verb:

to us by those having heard, 4 God bearing

This present participle must be read with respect to the main verb's aorist.

witness with them both by signs and wonders, and by various miracles and distributions of the Holy Spirit, according to His will.

The confirmation was in the aorist past and the bearing is associated with that aorist past.

Does the use of past tense in Hebrews 2:4 indicate that signs, wonders, miracles and the gifts of the Holy Spirit had ceased?

OP: the use of past tense indicate that signs, wonders, miracles and gifts of the Holy Spirit were something from the past, useful at some point to authenticate the preaching of the gospel

Right, especially at that time.

What is the implication today?

Today, we can read these signs, wonders, miracles and gifts of the Holy Spirit from the gospel texts, so that we can believe in the great salvation on faith. We should not demand a repetition of these signs to believe.

26A week later his disciples were in the house again, and Thomas was with them. Though the doors were locked, Jesus came and stood among them and said, “Peace be with you!” 27Then he said to Thomas, “Put your finger here; see my hands. Reach out your hand and put it into my side. Stop doubting and believe.”

Does this mean no more signs and wonders today?

No, not at all. It only means that signs and wonders had attested Jesus' great salvation work back then. We should not demand a re-run of the same.

While Hebrew 2:1-4 is about the past, it does not specifically state anything ceasing. There was something significantly different about the signs of Jesus' miracles: sight to a man born blind and Lazarus raised after being dead for four days.

The passage in 1 Cor 13 is the only one I know of mentioning the gifts of the Holy Spirit ceasing.

Love never ends. As for prophecies, they will pass away; as for tongues, they will cease; as for knowledge, it will pass away. 9 For we know in part and we prophesy in part, 10 but when the perfect comes [ὅταν δὲ ἔλθῃ τὸ τέλειον], the partial will pass away. 11 When I was a child, I spoke like a child, I thought like a child, I reasoned like a child. When I became a man, I gave up childish ways. 12 For now we see in a mirror dimly, but then face to face. Now I know in part; then I shall know fully, even as I have been fully known. 13 So now faith, hope, and love abide, these three; but the greatest of these is love. (1 Cor. 13:8–13, ESV)

"When the perfect (τὸ τέλειον) comes is when the gifts of the Spirit cease. Some claim "the perfect" is the Bible and "when" is the completion of the New Testament canon. This interpretation has a major problem. While the Scriptures are inspired and the revelation complete, can we say we "know fully?" If so, why do we have this hermeneutics site? Also, "Face to face" seems you imply seeing Jesus face to face. This means in one's presence in Hebrew. Thus, most interpret "when the perfect comes" to mean when we get to heaven, or more accurately, the New Jerusalem.

Senses of the adj. τέλειος, α, ον as used in the New Testament: 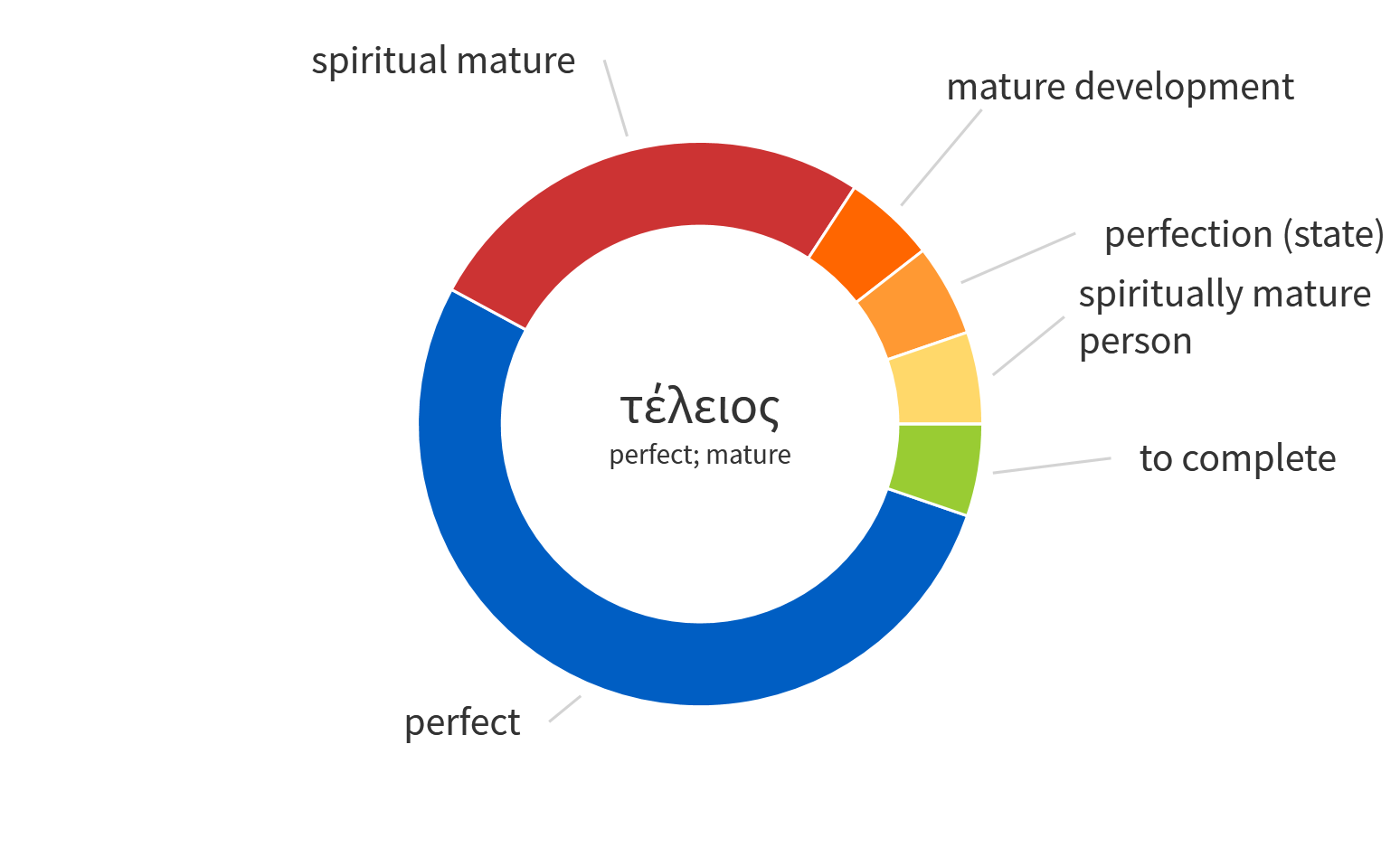 Not the answer you're looking for? Browse other questions tagged hebrews authorial-intent spiritual-gifts miracle cessationism or ask your own question.

1
Can Ephesians 2:20 be used as to prove the cessation of the offices of apostle and prophet?

5
What does Hebrews 9:4 mean by saying the Holy of Holies 'had' an altar of incense?
6
Does Hebrews 2:3 exclude an apostle from writing Hebrews?
9
In Hebrews 7:27, why does it say that the High Priest had a need to offer sacrifices “daily” («καθ᾽ ἡμέραν»), etc.?
0
Who is the "we" in Hebrews 2:3?
4
Where does the quote in Hebrews 3:7-11 come from and why is it attributed to the Holy Spirit?
8
When did angels ever deliver the word? (Heb. 2:2)
5
Who/what is the source of the power behind the miracles, signs and wonders in Matthew 7:22?
3
Are signs, wonders and miracles evidence of an authentic divine calling or not?