On what basis does Proverbs 24:11 KJV translate môṭ as "those that are ready?"

On what basis does Proverbs 24:11 KJV (and some others) translate môṭ as “those that are ready?”

If thou forbear to deliver them that are drawn unto death, and those that are ready to be slain;

Most translations render the word stagger, stumble or slip.

Does this come down to simply using different source material than most translations or is there more going on here?

I am not a scholar nor do I read Hebrew.

Edit: this comes from reading BlueLetterBible.org's interlinear tool for this verse:

The KJV is not translating mot as "ready", it is translating the expression וּמָטִ֥ים לַ֝הֶ֗רֶג as "ready to be slaughtered", because umatim means "tottering"[1], as in something loosend and about to fall down and thus the sense of the two words umatim lahereg is someone on the verge of being killed. Thus the KJV chose more of a sense translation in this case, as in English "tottering to be slaughtered" does not make any sense.

Those swaying signifies that they are rocking and shaking and about to fall off a secure base.

[1] per TDOT, interpretations of mot are:

Basically, the KJV "ready" is equivalent to the JPS "condemned." Ready had a different since in the KJV. It means they were in line to be slaughtered, not that the people were ready to die. Apparently, because "ready to be slain" was confusing to the modern reader, NKJV went with "stumbling to the slaughter."

The issue is translating the word וּמָטִ֥ים. This is variation on how to translate it and even an issue about whether the root is מָטֶה or מוֹט. Considering the English of the KJV, it is actually similar to the JPS translation. The poetic language doesn't help.

The senses of the verb from Logos Bible Software. 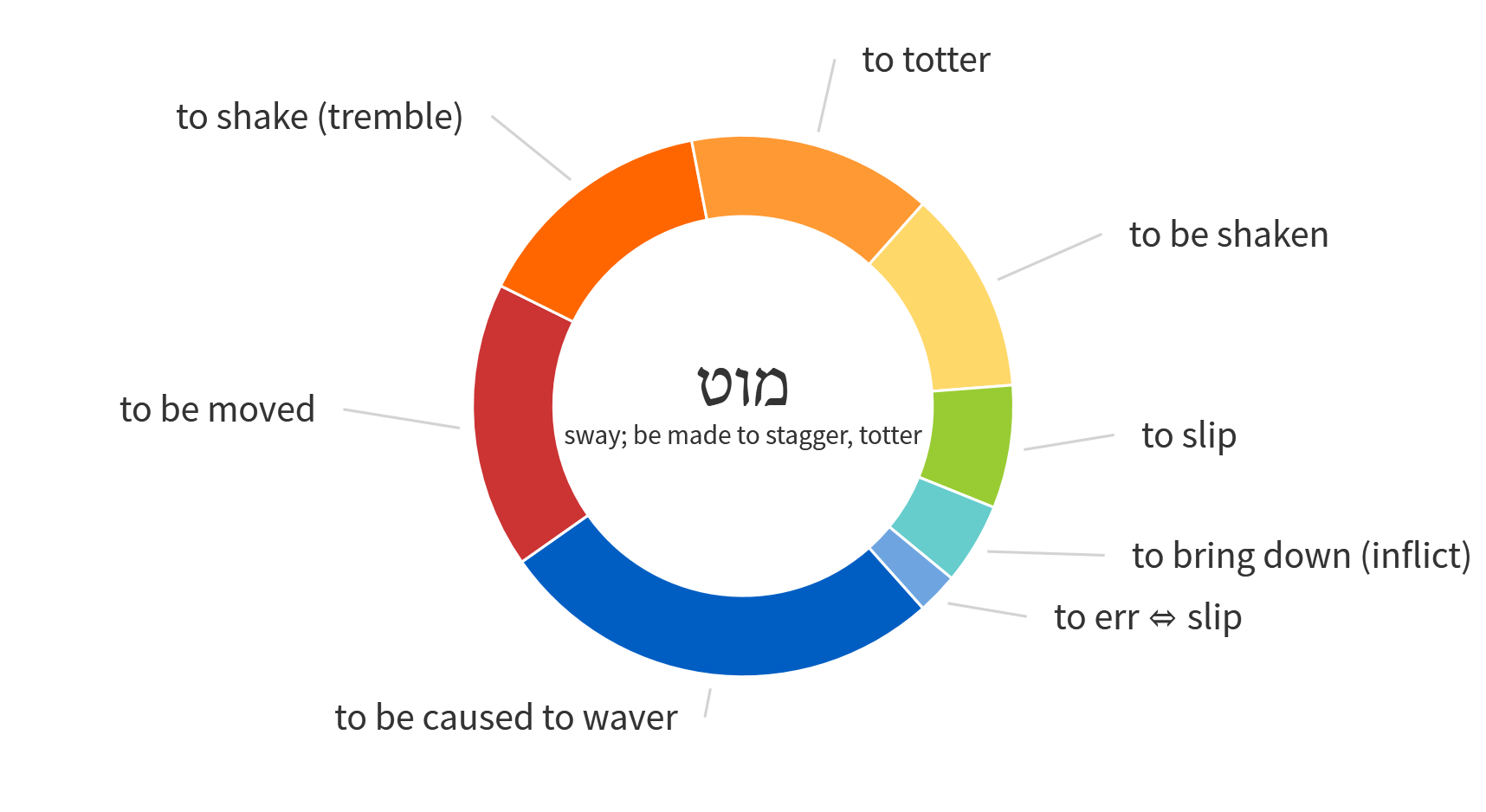 Not the answer you're looking for? Browse other questions tagged hebrew word-study translation-philosophy proverbs or ask your own question.