Why did half the tribe of Manasseh also get land on the east side of the Jordan?

The half of the tribe of Manasseh, along with Reuben and Gad, had their territory assigned them by Moses on the east of the Jordan (Numbers 33), but this was done after only Reuben and Gad had asked to receive their inheritance eastwards of the Jordan river.

2 The children of Gad and the children of Reuben came and spake unto Moses, and to Eleazar the priest, and unto the princes of the congregation, saying, [..]

5 .. if we have found grace in thy sight, let this land be given unto thy servants for a possession, and bring us not over Jordan. [..]

Why was half of the tribe of Manasseh also stationed on the east side of the Jordan? I don't see this tribe asking for this portion of the land.

OP: I don't see this tribe [Manasseh] asking for this portion of the land.

Cambridge Bible explains the sudden mention of "Manasseh" in this chapter:

and unto the half tribe of Manasseh the son of Joseph) This clause, or perhaps the whole verse, is a later addition to P

Why was half of the tribe of Manasseh also stationed on the east side of the Jordan?

Though Manasseh didn't ask but they deserved the allotmeent as explained by Barnes:

Moses, when assigning to the pastoral tribes the inheritance which they desired, appropriated to these Manassites especially the district they had already subdued, as a reward for their valour and exploits. ... the claims of the Machirites arose simply out of their exploits.

Why was half of the tribe of Manasseh also stationed on the east side of the Jordan? I don't see this tribe asking for this portion of the land.

At the time of Moses, Manasseh had already conquered and occupied some of the land east of the Jordan. Unlike the tribes of Gad and Reuben who officially requested Moses for an inheritance, half of Manasseh was rewarded the land by Moses for practical reasons. This also explains why Manasseh continued its conquest west of Jordan. The Gadites and the Reubenites had all the land they needed and they asked Moses for official inheritance east of the Jordan.

There is no reason given as to why the request from Rueben and Gad resulted in half of the tribe of Manasseh being included in the distribution of land east of the Jordan River. We can only speculate.

When Reuben and Gad make their request, Moses' reaction is anger: he believed the request was to avoid taking part in the conquest of Canaan. When he understands they will accompany the other tribes and help in the conquest to obtain their inheritance, Moses agrees but adds a stipulation:

28 So Moses gave command concerning them to Eleazar the priest and to Joshua the son of Nun and to the heads of the fathers' houses of the tribes of the people of Israel. 29 And Moses said to them, “If the people of Gad and the people of Reuben, every man who is armed to battle before the Lord, will pass with you over the Jordan and the land shall be subdued before you, then you shall give them the land of Gilead for a possession. 30 However, if they will not pass over with you armed, they shall have possessions among you in the land of Canaan.” 31 And the people of Gad and the people of Reuben answered, “What the LORD has said to your servants, we will do. 32 We will pass over armed before the Lord into the land of Canaan, and the possession of our inheritance shall remain with us beyond the Jordan.” (Numbers 32 ESV)

If the Reubenites and Gadites failed to fight with their brothers, then their inheritance would have been assigned by lot in the land of Canaan. However, since they did fight, their inheritance remained as Moses determined. In other words, the early distribution had the potential to increase the total amount of land to be divided among all of the tribes. Yet this would not become official until after they crossed the Jordan and Canaan was conquered.

By adding half of the tribe of Manasseh, Moses ensured Joseph's sons would also participate in the potential increase caused by the early distribution while also preserving their right to a full inheritance within Canaan.

Likely Moses selected Manasseh rather than Ephraim since Manasseh was Joseph's firstborn and as such was entitled to a double portion:

but he shall acknowledge the firstborn, the son of the unloved, by giving him a double portion of all that he has, for he is the firstfruits of his strength. The right of the firstborn is his. (Deuteronomy 21:17)

The final distribution does reflect a double portion for Manasseh: 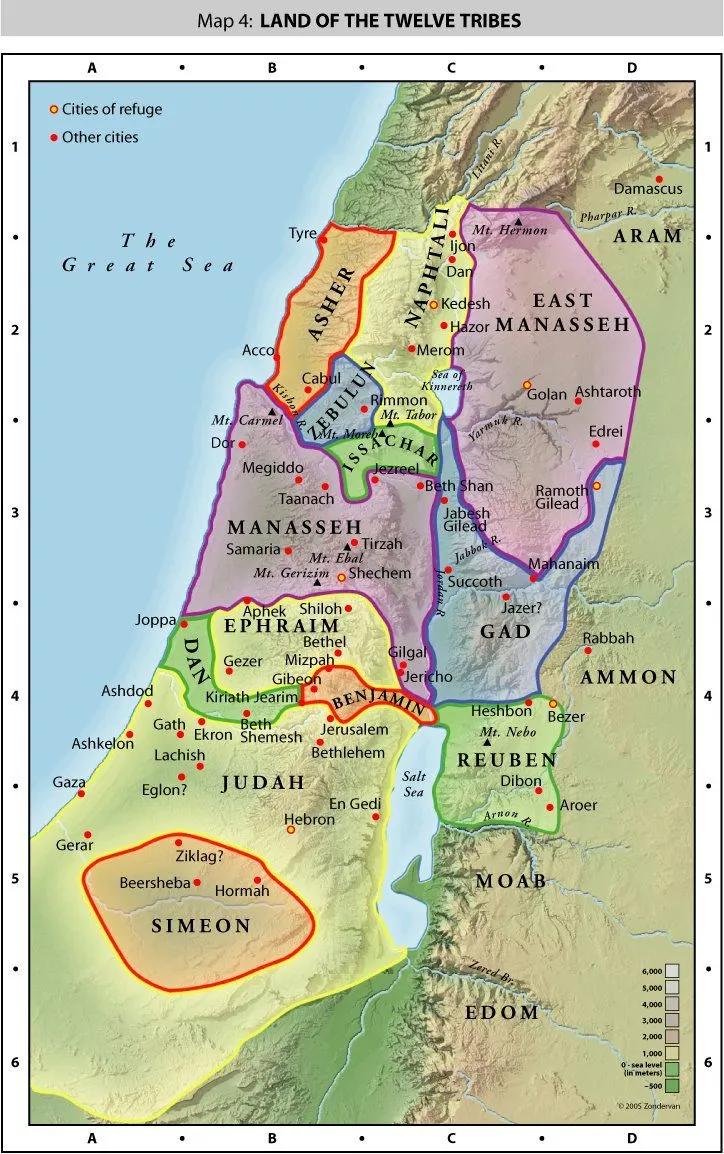 Not the answer you're looking for? Browse other questions tagged numbers moses or ask your own question.

10
Whose idea was it to send the spies to scout the land of Israel?
13
Did all the Israelite women and the male Levites 20+ years old die in the wilderness or not?
2
In Numbers 20 was Aaron as guilty as Moses in the incident at Kadesh?
3
Theory to explain ordering of tribes in Numbers 13
3
Based on Exodus 3:10, 17, did Moses fulfill his ministry or not?
0
What is the antecedent of 'them' in Deutoronomy 3:4-6?
7
Was it Joshua or Levites who were to recite the blessings and curses?
1
Who is Reuben's tribal head upon entering the promised land?
2
Why did God tell Moses to scout the land whether it was good or bad in Numbers 13:19?