Amos 6:3 has a different reading between the Masoretic Text (MT) and Septuagint (LXX).

Ye that put far away the evil day, and cause the seat of violence to come near; (Amos 6:3 - KJV) (Read KJV)

Ye who are approaching the evil day, who are drawing near and adopting false sabbaths; (Amos 6:3 - Brenton, LXX) Read Brenton, LXX

The word שבת can both be translated to Sabbath שַׁבָּת (H7676) and to Seat שֶׁבֶת (H7675) and by adding vowels (נִקּוּד‎ Nikud) and diacritic (דָּגֵשׁ Dagesh) the word Seat has now it's fixed pronunciation and so it's meaning. The dead sea scrolls do not have vowels and diacritic so the word שבת is open too interpretation. Amos 6:3b from Scroll 4Q82 are not fully readable but also has multiply meanings anyway.

The LXX translators didn't have the vowel points of the MT, that weren't added until centuries later. The difference is the vowel points. Also note that חָמָֽס is the common word for violence in Hebrew, but can also mean wrong. In Arabic it means zeal and is the name of a political group in the Middle East.

The vowel points for Sabbath - שַׁבָּת

The translations from KJV to present accept the MT vowel points, but have a wide variety of translating the verse.

Senses of usage in MT: 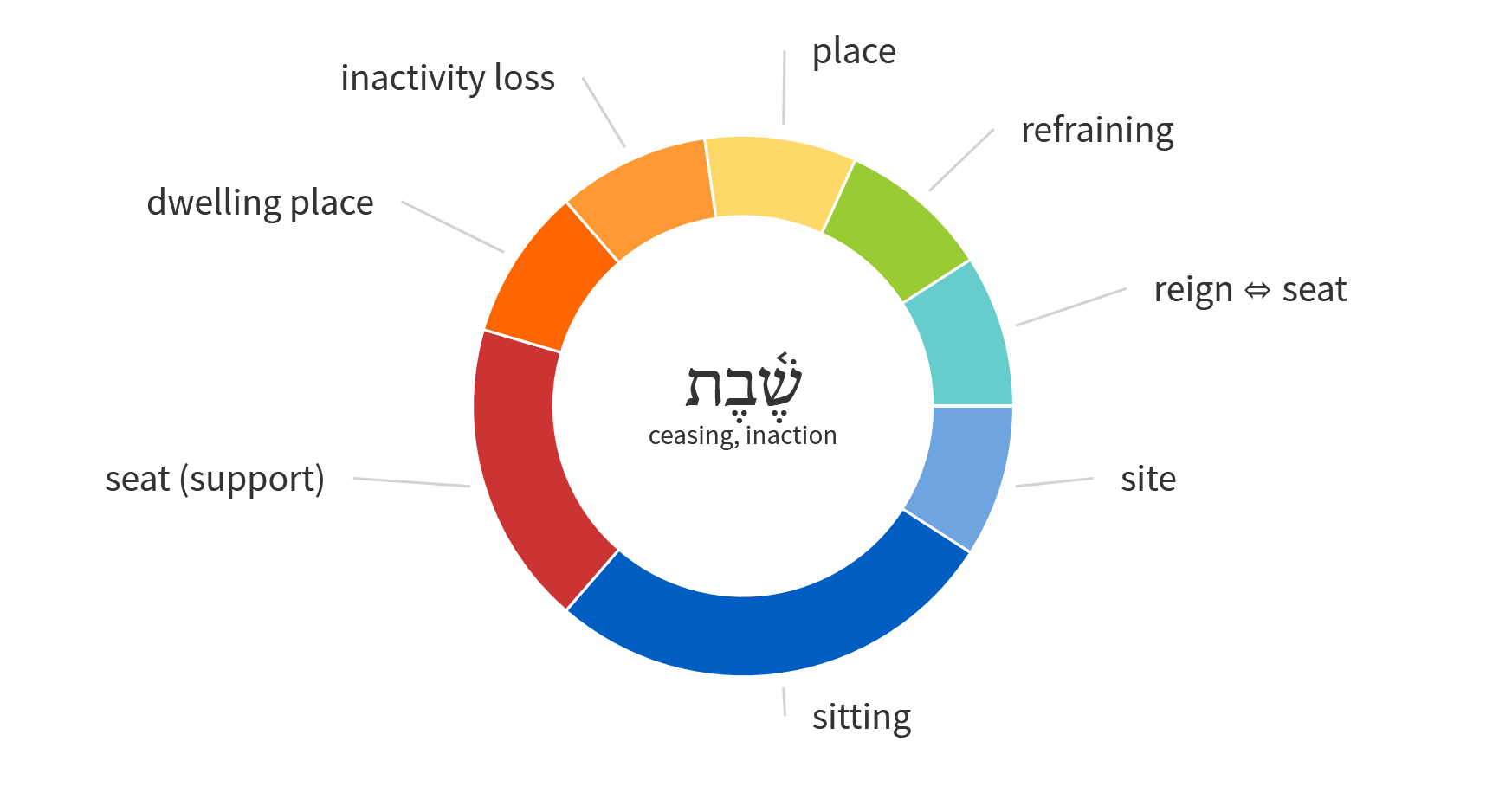 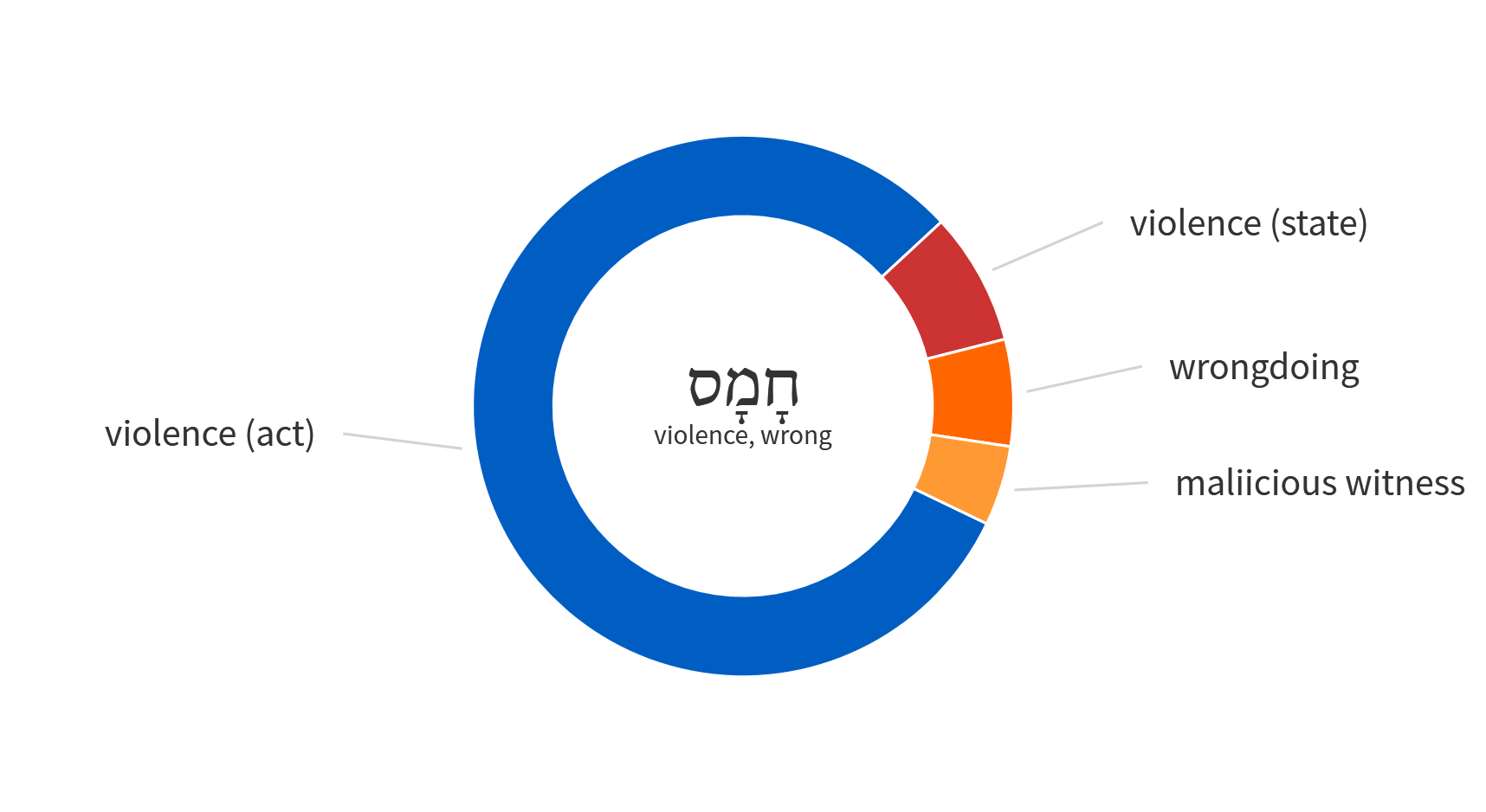 Note: the Vulgate predated the masorah. Thus Jerome took the the vowels the same as the masorah.

Ver. 3 begins the further explanation of the careless security charged in ver. 1. Regarding the evil day, i. e., day of judgment as far off, they cause violence to erect its throne nearer and nearer among them. [Pusey follows Jerome, Grotius, Newcome, and others in referring the throne of violence to the rule of Assyria, which the people brought nearer to them while they were thinking to put it far off. But the former reference is much more natural.] -- Lange, J. P., Schaff, P., Schmoller, O., & Chambers, T. W. (2008). A commentary on the Holy Scriptures: Amos (p. 41). Bellingham, WA: Logos Bible Software.

He means, that they drew nigh the throne of iniquity, when the judges strengthened themselves in their tyranny, and took the liberty to steal, to rob, to plunder, to oppress. When therefore they thus hardened themselves in all kinds of licentiousness, they then drew nigh the throne of iniquity. And they put away the evil day, because they were touched by no alarm; for when the Prophets denounced God’s vengeance, they regarded it as a fable. -- Calvin, J., & Owen, J. (2010). Commentaries on the Twelve Minor Prophets (Vol. 2, p. 306). Bellingham, WA: Logos Bible Software.

Masorete (also Massorete) -- Any of the Jewish scholars of the 6th–10th centuries AD who contributed to the establishment of a recognized text of the Hebrew Bible, and to the compilation of the Masorah [included written vowel points].
‘This was the work of the Massoretes and the resulting text only began to be produced from the sixth century at the earliest.’ -- https://www.lexico.com/en/definition/masorete

As the literacy of society increased, the Masoretes worried that students might stop memorizing the vowels for the text of the Tanakh. So, they developed a method of writing down the vowels to preserve them.

Some example images of Dead Sea scrolls (only consonants, no written vowels):

Not the answer you're looking for? Browse other questions tagged hebrew septuagint sabbath intertextuality dead-sea-scrolls or ask your own question.

1
Is it grammatically possible to translate σαββάτω as Sunday or week?

4
Why is Jesus the Lord of the Sabbath and NOT the Father?
3
What does Amos mean by "restore" in Amos 9:11-15?
4
Hebraically, did God ordain the weekly Sabbath in Genesis 2?
4
Different reason for Sabbath
0
What's wrong with flight on the Sabbath?
7
can Nisan 15 be referred to as "the sabbath"?
2
Amos 7:1 Septuagint