What does “seek” mean in this context? Is Jesus talking about them seeking Him physically, or a spiritual seeking that will be fruitless (thus leading them to die in sin)?

As far as translating seek here it means look for. Commentators seem hesitant to address what Jesus referred to. Even those Jesus addressed didn't understand. There are different interpretations of which none are certain.

The Jews said to one another, “Where does this man intend to go that we will not find him? Does he intend to go to the Dispersion among the Greeks and teach the Greeks? What does he mean by saying, You will seek me and you will not find me,’ and, ‘Where I am you cannot come’?” (John 7:35–36, ESV)

William Barclay leaves it with this:

THIS is one of the passages of argument and debate so characteristic of the Fourth Gospel and so difficult to elucidate and to understand. In it, various strands of argument are all woven together. -- Barclay, W. (2001). The Gospel of John (Vol. 2, p. 19). Louisville, KY: Edinburgh.

An interpretation that fits well is Jesus was addressing the Jews who rejected him as Messiah. Thus, they continued to look for the Messiah and could not find him. However, William Hendriksen disputes this view. See quote following the two supporting it.

The seeking again denotes the seeking of the Messiah amidst the impending judgments; not a penitent seeking of the Redeemer, but a fanatical chiliastic seeking of a political deliverer. Hence without any finding of Christ. And the not finding is, positively, a dying in sin. Lücke: The thing meant is natural dying in the state of sin, not a dying on account of sin or by reason of sin. But the former idea cannot here be kept apart from the latter. The sins are their sins as a whole, sealed by their unbelief and their murderous spirit towards the Messiah; the dying is dying in the whole sense of the word: perishing in woe, irremediable death, utter ruin in this world and in that which is to come; and lastly the persons meant are the people as a whole, deceivers and deceived. But as the ὑμεῖς does not mean every single Jew, so the sin of obduracy is not foretold of all, nor the prospect of death extended to hopeless damnation in every case. Only the sin and death of the nation as a body are without limit. -- Lange, J. P., & Schaff, P. (2008). A commentary on the Holy Scriptures: John (pp. 279–280). Bellingham, WA: Logos Bible Software.

When it is added, “And you will seek me,” to what does Jesus refer? To the seeking in repentance and faith? But this is excluded by the next clause. To the search for a deliverer in connection with the terrible events accompanying the destruction of Jerusalem in the year A.D. 70? It is probably better to interpret this seeking as that of despair at the moment of death. We adopt this interpretation in view of the words: “but you will die in your sin.” In their death they will experience no comfort and no peace of any kind, only dark despair. The One whom they have rejected will not be present to help them in their need. In their sin—all their sins viewed collectively, but separately in verse 24 (sins)—they will die. The wrath of God resting upon them, they will go to the place of everlasting perdition. They cannot go where Jesus is going; namely, to the Father. -- Hendriksen, W., & Kistemaker, S. J. (1953–2001). Exposition of the Gospel According to John (Vol. 2, p. 45). Grand Rapids: Baker Book House.

The Jewish people would continue to seek for the Messiah, not realizing that He had already visited them and that they had rejected Him. Because of their rejection, they would die in their sin (“sin” is singular in Greek and in NKJV). This would mean that they would be forever prevented from entering heaven, where the Lord was going. It is a solemn truth! Those who refuse to accept the Lord Jesus have no hope of heaven. How dreadful to die in one’s sins, without God, without Christ, without hope forever! -- MacDonald, W. (1995). Believer’s Bible Commentary: Old and New Testaments. (A. Farstad, Ed.) (p. 1516). Nashville: Thomas Nelson.

You will look for Me is a prophecy that the Jewish nation will long for her Messiah. She is doing this now, not knowing that Jesus is her Messiah. Later she will weep for Him (Zech. 12:10–13; Rev. 1:7). The time of spiritual opportunity is now. A time will come when it is too late. He went bodily to heaven where unbelievers cannot come (cf. John 8:21). So people today do not have the unique opportunity people had when Jesus was speaking to them face to face. -- Blum, E. A. (1985). John. In J. F. Walvoord & R. B. Zuck (Eds.), The Bible Knowledge Commentary: An Exposition of the Scriptures (Vol. 2, p. 301). Wheaton, IL: Victor Books.

The Greek verb essentially means the same as the English seek. 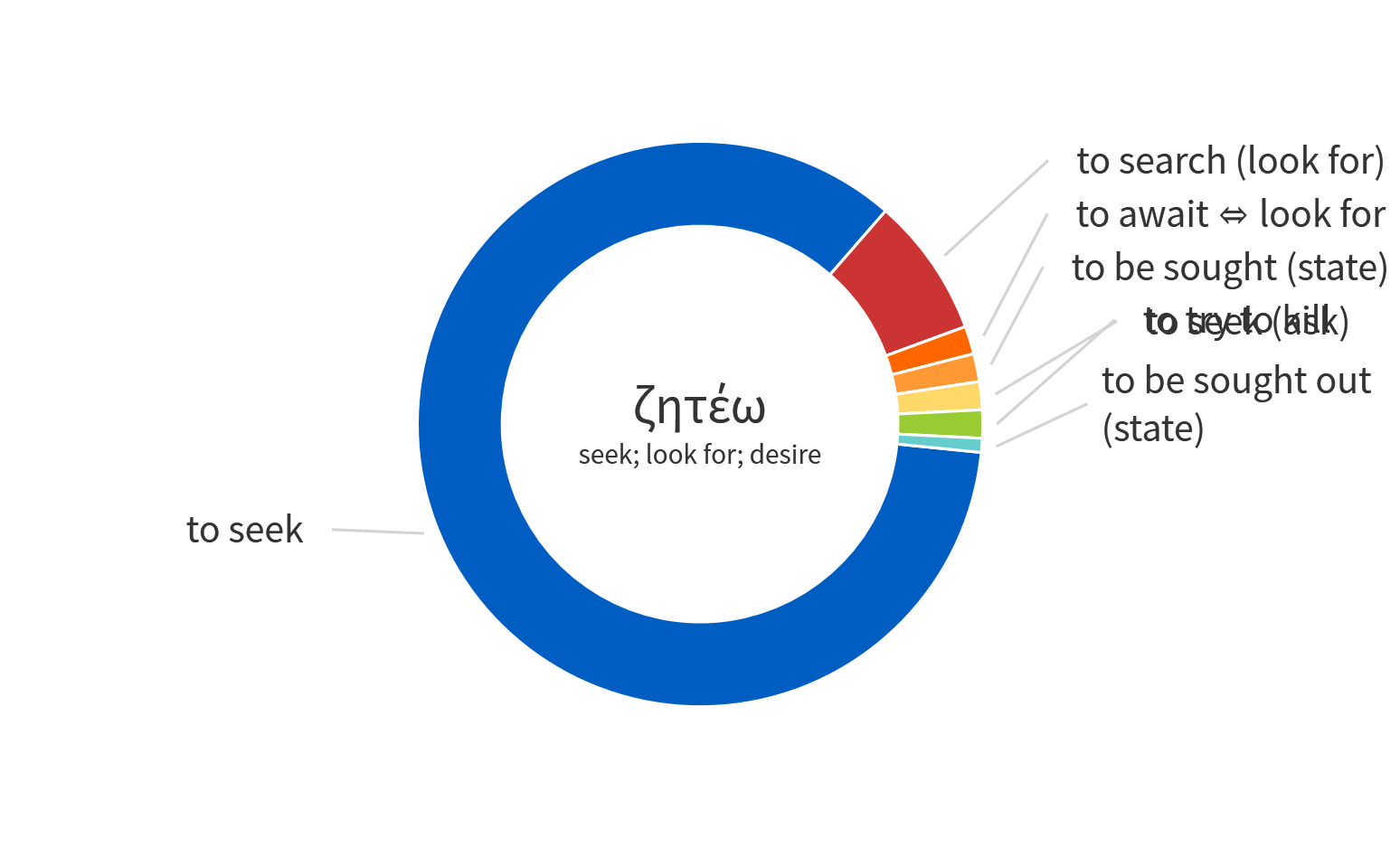 The message here is seek Jesus today while he can be found. Don't put it off to seek him at a later time. Follow his words today, tomorrow is unknown. He may not be found then.

The many who believed, John 8:30 "as he ways saying", believed his words while he was saying them.

Spiritual seeking that will be fruitless (thus leading them to die in sin)?

Jesus says to his listeners:

John 8:12 NASB "Then Jesus again spoke to them, saying, “I am the Light of the world; the one who follows Me will not walk in the darkness, but will have the Light of life.”

3 So the Pharisees said to Him, “You are testifying about Yourself; Your testimony is not [b]true.” 14 Jesus answered and said to them, “Even if I am testifying about Myself, My testimony is [c]true, because I know where I came from and where I am going, but you do not know where I come from or where I am going. 15 You judge [d]according to the flesh; I am not judging anyone. 16 But even if I do judge, My judgment is true; for I am not alone in it, but I and the Father who sent Me. 17 Even in your Law it has been written that the testimony of two people is [e]true. 18 I am He who testifies about Myself, and the Father who sent Me testifies about Me.”

The Pharisees do not accept his reasoning and ask:

“Where is Your Father?” Jesus answered, “You know neither Me nor My Father; if you knew Me, you would know My Father.

John 8: 21NASB "Then He said again to them, “I am going away, and you will look for Me, and will die in your sin; where I am going, you cannot come.”

The Jews do not understand Jesus' words and wonder.

22 So the Jews were saying, “Surely He will not kill Himself, will He, since He says, ‘Where I am going, you cannot come’?” 23 And He was saying to them, “You are from below, I am from above; you are of this world, I am not of this world

Jesus is referring to his prehuman existence in heaven and to his being the promised Messiah, or Christ, whom these religious leaders should be expecting. After Jesus’ sojourn on earth and his return to heaven, he testified that he was indeed “the beginning of the creation by God.” As wisdom personified, the prehuman Jesus declared: “When God prepared the heavens I was there.”

22 “The Lord created me at the beginning of His way, Before His works of old. 23 From eternity I was [c]established, From the beginning, from the earliest times of the earth.27 When He established the heavens, I was there; When He inscribed a circle on the face of the deep,

14 And unto the angel of the church of the Laodiceans write; These things saith the Amen, the faithful and true witness, the beginning of the creation of God;

Not the answer you're looking for? Browse other questions tagged jesus or ask your own question.

8
What exactly is meant by "works" in John 14:12?
8
In John 14:28, what did Jesus mean when he said “my Father is greater than I?”
0
How to reconcile the power to forgive sins John 20:23, with ostensibly alternative paths to forgiveness?
6
Why does Mary Magdalene refer to Jesus as "my Lord"?
6
What does the risen Jesus mean, 'for a spirit does not have flesh and bones as you see I have'. Luke 24:39?
6
Did Jesus pre-exist in spiritual form as the "Spirit of Christ" at the time of the prophets according to 1 Peter 1:10-12?
7
"... where their worm does not die and the fire is not quenched" - Is Jesus' description of Hell (Gehenna) literal or figurative?
1
How did Christ's words in John 7:32-34 prevent the officers from arresting Him (Jn. 7:45-46)?