How should we understand the word usually translated as 'authority' at Luke 5:24 - is it given or not?

"But so that you may know that the Son of Man has authority on the earth to forgive sins...” He said to the paralytic, “I tell you, get up, pick up your mat, and go home.”"

The word here is exousian.

To what extent is there a sense, either from the Greek word itself or the context of the passage, that the authority here is given or not?

luke christology authority
Share
Improve this question
asked May 20 at 18:36

When you have a board of three directors and one director steps down into the position of a new hire, to get a feel for what it’s like to work at his company. Even though he retains all privileges, and he could technically hire and fire who he wants, while in the role of a new hire he has to be given authorizations. Otherwise it would create chaos among the employees.

Same thing here. Jesus volunteered to step down into His own Creation. He had to receive authorization despite being the Creator through whom ALL things were created

To say that he was given authority as a human, does not nullify the possibility of Him being God. It just means He is choosing not to exercise His rights as God but is choosing to remain limited by His human constraints, fully dependent on God whilst in a human body.

God is spirit, so He being a spirit taking on a body did not stop being God, He just chose to nullify His attributes, voluntarily.

The Greek noun, ἐξουσία (exousia), has the following meaning according to BDAG (where seven meanings are given):

Matt 16:19 & 18:18 is sometimes quoted by some who claim they have delegated authority to forgive sins on earth. Let us examine this important passage. The Greek is Matt 16:19 and Matt 18:18 is unusual. Let me quote my very literal translation.

Note these comments (in an appendix) of J B Phillips in his translation of the New Testament in Modern English:

Matthew 16:19 and 18:18, “forbidding” and “permitting”. There is a very curious Greek construction here, viz, a simple future followed by the perfect participle passive. If Jesus had meant to say quite simply, “Whatever you forbid on earth will be forbidden in Heaven”, can anyone explain why the simple future passive is not used? It seems to me that if the words of Jesus are accurately reported here, and I have no reason to doubt it, then the force of these sayings is that Jesus’ true disciples will be so led by the Spirit that they will be following the heavenly pattern. In other words what they “forbid” or “permit” on earth will be consonant with the Divine rules.

The authority delegated here extends only as far as it accords with the will of heaven. Further, in this passage, authority is given to resolve disputes and “wrongs” between members of the Christian community. (v15-17) Again, this can only be done using the principles of Scripture under the enlightenment of the Holy Spirit.

The passage in John 20:23 conveys the same message - what we do on earth should reflect the divine will in heaven as per Jesus' model prayer in Matt 6:10, "You will be done on earth as it is in heaven." The same is true of forgiving others.

Here is the senses (as used in the New Testament) of the word translated authority (from Logos Software). 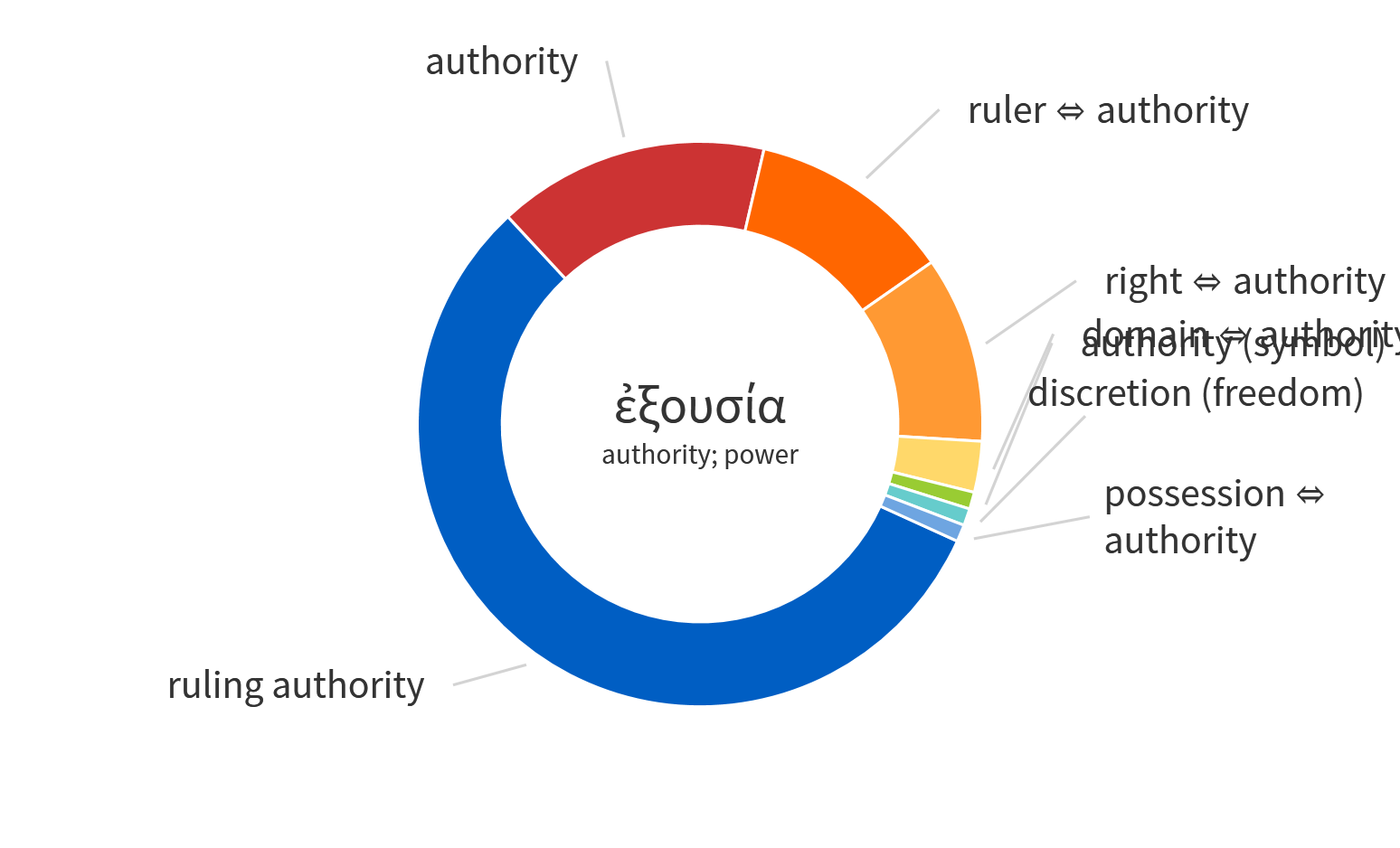 The context is the Pharisees and scribes viewed illness as caused by sin. So, Jesus told the ill man, your sins are forgiven to demonstrate that he had the authority to forgive sins. (See John 9 for contrast.) Jesus made the point that he healed the man and forgave him with his own authority. The most significant thing to the meaning is the context.

And when he saw their faith, he said, “Man, your sins are forgiven you.” 21 And the scribes and the Pharisees began to question, saying, “Who is this who speaks blasphemies? Who can forgive sins but God alone?” 22 When Jesus perceived their thoughts, he answered them, “Why do you question in your hearts? 23 Which is easier, to say, ‘Your sins are forgiven you,’ or to say, ‘Rise and walk’? 24 But that you may know that the Son of Man has authority on earth to forgive sins”—he said to the man who was paralyzed—“I say to you, rise, pick up your bed and go home.” 25 And immediately he rose up before them and picked up what he had been lying on and went home, glorifying God. 26 And amazement seized them all, and they glorified God and were filled with awe, saying, “We have seen extraordinary things today.” (Luke 5:20–26, ESV)

Not the answer you're looking for? Browse other questions tagged luke christology authority or ask your own question.