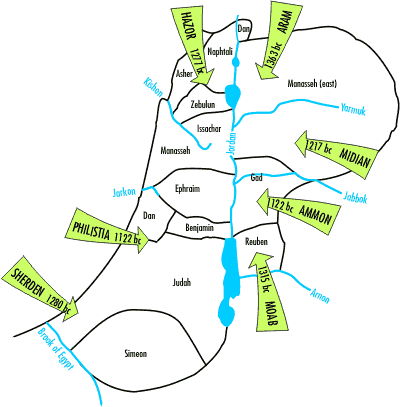 11
Was Deborah considered a sub-optimal leader?
11
Does the Hebrew in Judges 4:4 explicitly identify Deborah as a woman?
7
Who or where is Meroz in Judges 5:23?
9
How should the first line of Judges 5:2 be translated?
5
Why does Judges 18:1 say that Dan had no inheritance?
5
How did Deborah (or any of the Judges) get their position?
2
What part did Barak play in the Song of Deborah?
2
In Judges 19:2, did she get into prostitution?
2
Did Sisera die immediately without a movement?
1
Who says that אשת לפידות means that Deborah was a red-head?