1 Samuel 15:4 Why did Saul number the soldiers from Judah separately?

1 Samuel 15:4
So Saul summoned the men and mustered them at Telaim--two hundred thousand foot soldiers and ten thousand from Judah.

The kingdom wasn't divided at this time. Why did Saul number the soldiers from Judah separately? What was his interest?

An even earlier statistics is found in 1 Samuel 11:8

When Saul mustered them at Bezek, the men of Israel numbered three hundred thousand and those of Judah thirty thousand.

One reason for mentioning Judah separately was the fact that Judah and Philistine shared borders. 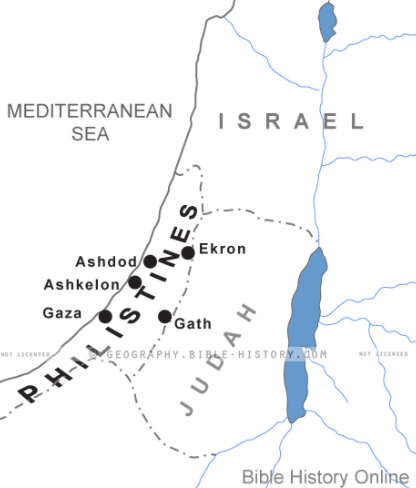 Another reason has to do the prophecy in Genesis 49:10

The scepter will not depart from Judah, nor the ruler's staff from between his feet, until he to whom it belongs shall come and the obedience of the nations shall be his.

From the beginning of the kingdom, they were interested in Judah's contributions to the kingdom. They knew early on that a person from Judah would be king.

So Samuel took the horn of oil and anointed him [David] in the presence of his brothers, and from that day on the Spirit of the LORD came powerfully upon David. Samuel then went to Ramah.

8
Where did Samuel come from when he was summoned by the Medium of En-dor?
4
Did Saul lie to Samuel in 1 Samuel 15:7?
1
Why did Samuel think that Saul would kill him given that all of Saul's recorded erratic behavior seems to have happened later?
1
In 1 Samuel 13 and 1 Samuel 15, for which act of Saul's disobedience did God take away the kingdom?
5
In 1 Samuel 28:15 did the witch at Endor actually bring up the spirit of Samuel from the land of the dead?
1
In 1 Samuel 16:1-13 why did David not establish himself as king when Saul decided to go after him?
4
Why was Ishbosheth absent from the battle that killed Saul and his brothers?
1
Where is the correct number of men were found in Judah in both of below two choices answers?
1
What was the indication that God didn't answered Saul in 1 Samuel 14:37?
1
Why did Saul ask David for the name of his father in 1 Samuel 17:58?