Given the dynamics of the words πλησίον and רֵעַ, what did Jesus illustrate with the Good Samaritan?

Charts made with Excel and Logos database.

The words πλησίον in the LXX translated. 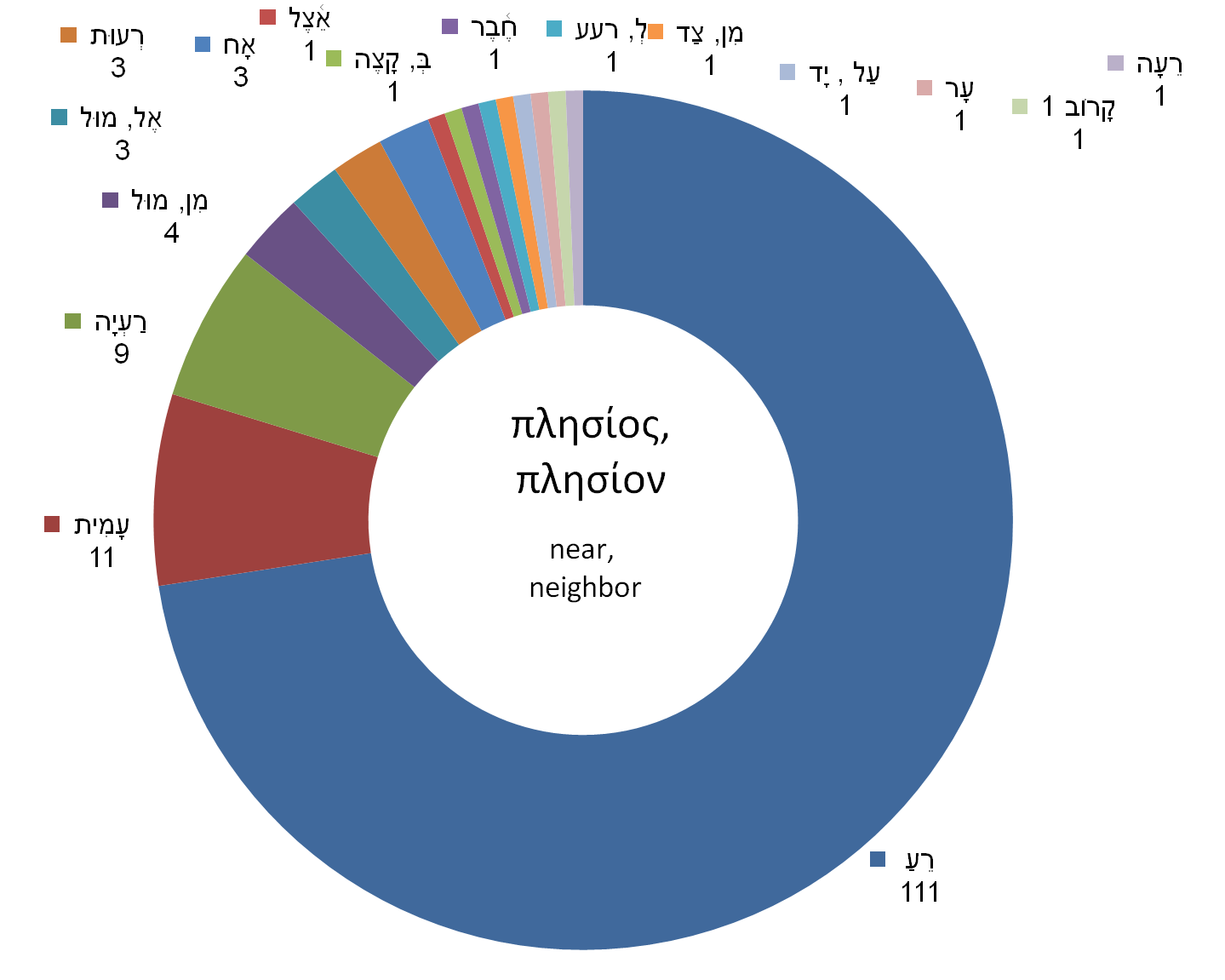 The words translating רֵעַ in the LXX. 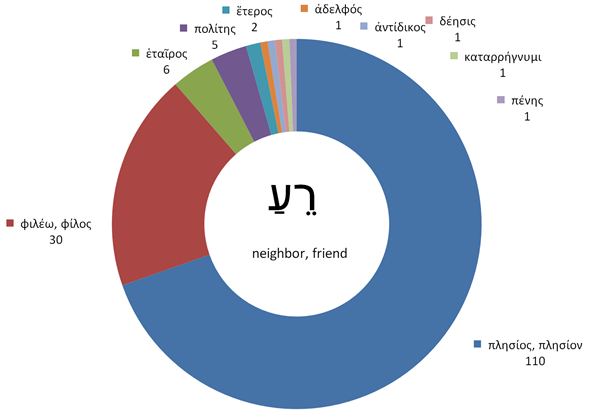 Neighbor can extend to friend and even countryman? It also means near. The Jews considered the Samaritan neither a friend or countryman, and he didn't live nearby. His journey did bring him near to the injured Jew in need. However, Jesus went way outside of who the man asking viewed as a neighbor. Jesus turn the question around from "Who is my neighbor?" to "Who is a neighbor?"

Most likely the two Jewish priests would have been worried about being defiled by a dead man:

Leviticus 21:1–4 concerns the family members for whom a priest may defile himself through corpse contact. These relatives include his mother, father, son, daughter, and brothers, each of whom is characterized as “his flesh, the one who is close to him [šĕʾērô haqqārōb ʾēlāyw].” His virgin sister, also described as “the one who is close to him [haqqĕrôbâʾēlāyw],” is included in this group because she has no husband. But his wife is explicitly excluded, and uncles, aunts, and cousins go unmentioned, suggesting their omission as well. Thus, according to Lev 21:1–4, the priest’s obligation to bury familial dead extends only to certain blood relations, whom we might characterize as his closest family members; it does not extend to the spouse, who is not a blood relation, nor to other family members, whom the text classifies implicitly as more distant by not including them among those characterized as “his flesh” and/or “close to him.” -- Olyan, S. M. (2017). Friendship in the Hebrew Bible. (J. J. Collins, Ed.) (p. 12). New Haven; London: Yale University Press.

This brings in a similar issue to Jesus' tension with the Jewish leaders over healing on the Sabbath.

The simplest answer to this good question is that Jesus wanted to illustrate exactly what the OP's analysis of the word clearly teaches, that a neighbor is the one who is close and needs our help.

36 Which of these three do you think was a neighbor to the man who fell into the hands of robbers?”

37 “The one who showed him mercy,” replied the expert in the law.

Then Jesus told him, “Go and do likewise.”

Indeed, BDAG defines the main meaning of πλησίον as:

the one who is near or close by, neighbor, fellow human being

Thayer is even more direct:

It was this Jewish mindset of a neighbor being only a fellow countryman that Jesus was at pains to dislodge. Seen another way, Jesus wanted to dispel any notion of racism.

Not the answer you're looking for? Browse other questions tagged greek hebrew jesus luke or ask your own question.

7
What is the difference between the 'life' given by wisdom in Proverbs and 'life' given by Jesus in 1 John?
16
What is the significance of both the priest and the Levite in the Good Samaritan parable?
7
Is Jesus the Good Samaritan?
10
What Words or sentences did Jesus Write on the Ground?
1
Did the disciples, the priests ,David with his men, and Yeshua (Jesus) sin by transgressing the Torah?
1
What do the words “meek & lowly” in Matthew 11:29 mean and how to achieve it?
4
Did Jesus add to the words of Moses from Deuteronomy 6:5?
2
What is the meaning of the Greek words “born of women” as they relate to John the Baptist and to Jesus Christ?