Then they said, “Come, let us build ourselves a city and a tower with its top in the heavens, and let us make a name for ourselves, lest we be dispersed over the face of the whole earth.”

I'd think it's an adventure to spread to other parts of the earth.

This passage is absolutely critical in reading the old testament. It's right up there with the tree of knowledge, as it records the founding of Babylon, one of the two evil empires (along with Egypt). A good chunk of the bible has to do with struggles against or prophecies directed against Babylon, so its founding story is a big deal.

Here is the text (LEB) with the parallelism highlighted

(A) “Come, let us build ourselves a city

(B) and a tower whose top [reaches to] the heavens.

(A) And let us make a name for ourselves,

(B) lest we be scattered over the face of the whole earth.”

"Let us build ourselves a city" is tied to "let us make a name for ourselves" and "Let us build a tower whose top reaches to the heavens" is matched by "the avoidance of scattering".

Come, let us build ourselves a city

In ancient mesopotamia, a city was founded by a god. Each city had a chief god that was associated to the city, and what happened in heaven was a reflection of what happened on earth. So the rise and supremacy of Marduk was parallelled by the ascendancy of the city of Babylon -- Marduk's city. It was the gods who determined the outcome of battles, so one city fighting against another was the earthly manifestation of a heavenly battle as to whose god was stronger. If you were without a city, you had no god protecting you. You were a wanderer.

So the first sin committed by the Babylonians was the founding of the city, as that was a role for gods, not man. Man can dig wells, build altars, buy a burial plot - but not found a city, and certainly not a great city. Maybe a small village or trading outpost was in his reach, but a great city was not. Thus to an ancient semitic ear, the sound of "we shall be as gods" can already be heard.

So given that they were going to found the city themselves, who would the god be?

And a tower whose top reaches to the heavens

The words "reaches to" is not in the text. A hyperliteral translation is:

It is not at all necessary that this be a question of the height of the tower. They were literally saying that the head of their tower would be at/in/over heaven.

One interpretation focuses on the tower as a center of power and influence, as it was used to survey/command the region around it. But this tower would be for heaven -- e.g. there is a connotation of invading heaven.

A second interpretation was that the tower, by it's top in heaven would be a passage between heaven and earth. That they could bring gods back down to the earth.

Again, we have a re-iteration of the same sin -- becoming gods.

Let us make a name

Contrary to the Israelites where God gives his name glory, the Babylonians wanted their city to give glory to their name. Glory to their name just means it has power/influence over a wide area, especially over the other cities around it, which would pay homage to it. Again, remember that a city would subdue the other cities if and only if its god was more powerful. So whether they themselves would climb to heaven or whether they would bring a powerful god down, they were claiming that this method would result in a more powerful god than the surrounding cities.

lest we be scattered

They weren't trying to avoid travelling, or even expanding. Everyone wants to expand. They were trying to avoid being scattered, which is an idiom to express the destruction of a civilization by an enemy.

The verb "to be scattered" is in Hiphil form, which when applied to a group of people has the following meaning:

Similarly when we speak of the shepherd being struck and his flock being scattered, that does not refer to exploring new places, it refers to being driven off your land.

So why would they fear being scattered? Who was their enemy? At this point, it should be clear that they were, in effect, declaring war on the divine order, and thus retribution was coming, retribution which could destroy their entire society.

Note that they didn't build the city to avoid being scattered, they built the city to have a name. But since they were upsetting the divine order, they knew that they were inviting divine wrath. So rather than viewing this as a defensive measure:

A better reading would be the following:

"I know that I am going to anger all the gods by building this city, but my tower will be so strong that it will prevent my city from being destroyed by the offended gods".

Thus they were convinced that once they had reached heaven, they would be powerful enough to subdue any god that attacked them.

Then Yahweh came down to see the city

and the tower that humankind was building.

“Behold, they are one people with one language,

and this is only the beginning of what they will do.

So now nothing that they intend to do will be impossible for them.

So naturally, God responds to this challenge and "goes down" to see what they are up to. And while the language of "going down" might be viewed as the narrator diminishing what the puny people were up to, God's subsequent assessment of the situation is shocking.

God makes it clear that they can, in fact, succeed.

God made man powerful enough to execute this vision and any other vision they had -- which should be an absolute theology-shredding, mind-blowing statement.

Their plan would work! So because of this, God had to actively oppose them and weaken them -- he had to scatter them right away before they built their tower.

And remember, scatter means that he destroyed their civilization and drove them off their land. There was another Babylon built there, and it too started challenging God, but it never had the power or unity of Babel.

Absolutely nothing in this entire amazing story has anything to do with exploring new parts of the world, colonizing other areas, or travelling.

Anyone familiar with some of the modern revolutionary literature, especially Soviet literature, will note the insistence that man can create paradise on earth (e.g. reach heaven) without God. And this is a common theme in modern history. In ancient history, Babylon refers to creating paradise on earth by making themselves gods. But it is a similar spirit. You even have physicists like Michio Kaku claiming that in the future man will be able to harness enough energy to create his own universes and manipulate the very structure of spacetime. And what, in principle would prevent this for a society that has split the atom? So man's power is truly remarkable, but I read the story of Babel as God coming down and destroying every society that adopts this view. 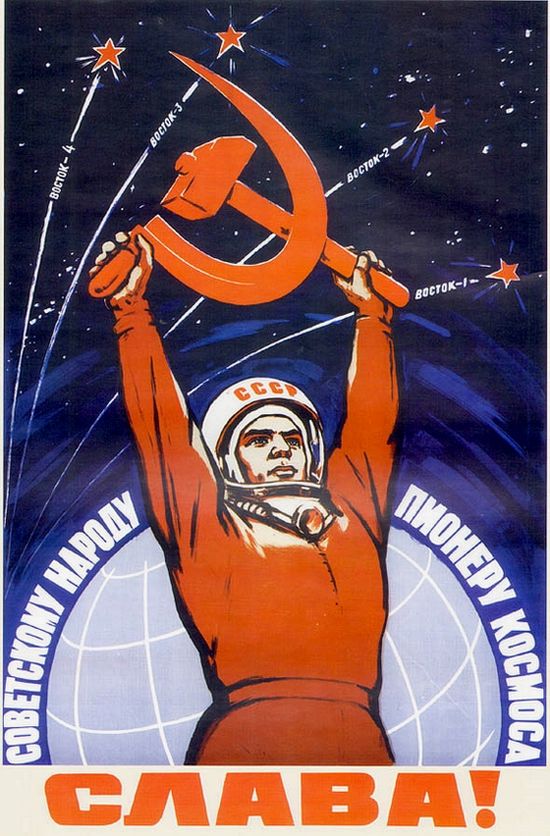 That would be a historical application - a no-utopia on earth condition - but a more spiritual application would be that we have our own methods of manipulating the divine and controlling outcomes, and this too, is subject to vanity and so destruction, with the result that we are driven out of whatever life we had built for ourselves.

So I do think that this narrative is very important, and when I hear people talk about building ideal societies, I often immediately think of Breughel's painting. 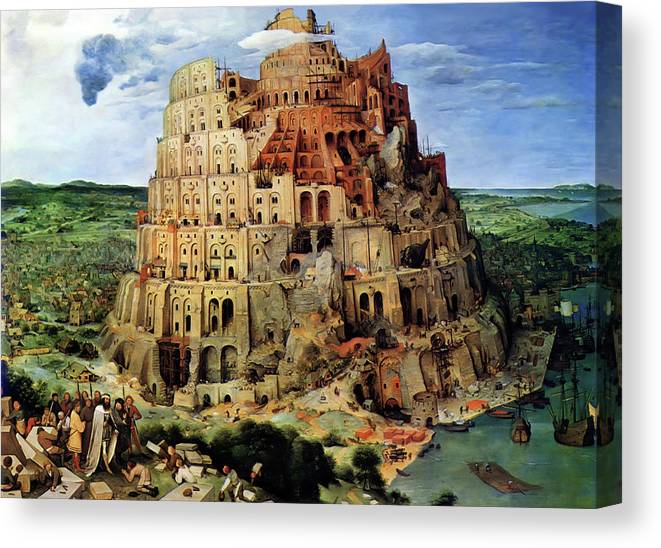 There are some nomadic peoples on earth. Not many, in comparison to the vast majority who settle, farm, build and cultivate.

It is estimated that in 1995 there were about 35 million nomadic persons in the world, at a time when the global population was 5.7 billion, that is about 0.6%.

It is understandable that humanity would be apprehensive of being 'dispersed' throughout an earth that had become a lot less hospitable than it had been, previously.

Caution, the desire for community, the desire to re-build civilisation, all would have been an encouragement to stay together, rather than be scattered.

The people at the Tower of Babel did not want to honour God by obedience to this command: they wanted honour and glory for themselves instead. It was this rebellion that God punished, and by forcing them to scatter, he brought about his own will that the earth be filled.

23
Does Gen 1:1 refer to day 1 or the entire 6 days of creation?
6
How does the Genesis account of the Tower of Babel compare with other traditions about the tower?
9
Why does God scatter the people in Genesis 11?
15
Different meanings of 'Earth' in Genesis 1
6
Does Genesis 18 show God visited Abraham personally (Theophany), manfiested as a man?
1
Is Genesis 3:22 related to Genesis 1:26?
5
How come God didn't bless the land animals with reproduction?
2
Is the reference to "a name that doesn't disappear" in Isaiah 66:22 an allusion, in contrast to Genesis 11:4?
1
Is Psalm 2 referencing the Tower of Babel?
1
Genesis 11:9 The name was called Babel or Babylon?