For you shall live in the land of Goshen, and you shall be near me (...) 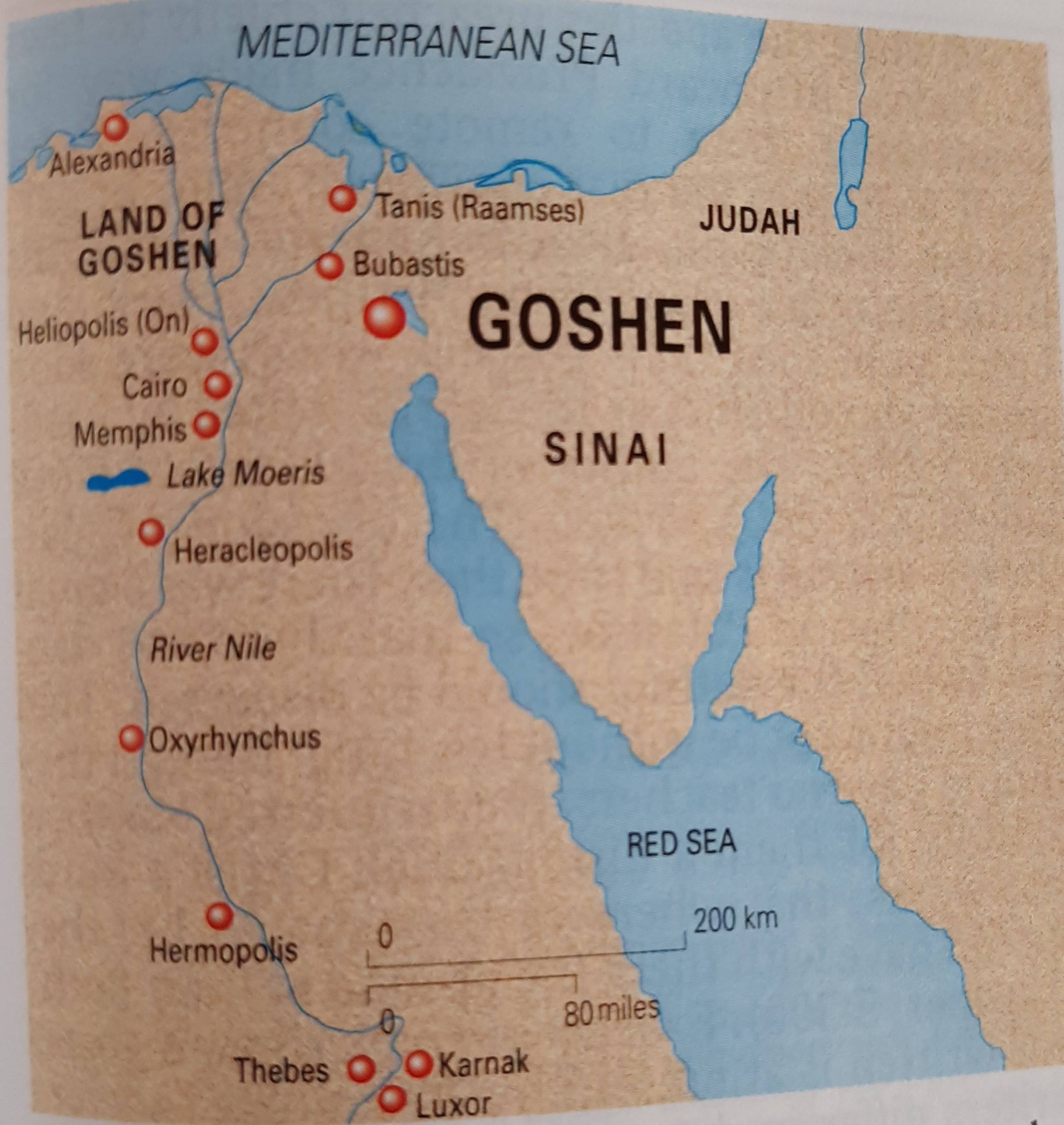 A region in Egypt where the Israelites resided for over 200 years,the location is not certain, but it is believed to be in the vicinity of Wadi Tumilat.

10 For you shall live in the land of Goshen, and you shall be near me, you and your children and your [a]grandchildren, and your flocks and your herds and all that you have.

Not the answer you're looking for? Browse other questions tagged genesis geography egypt or ask your own question.

2
Could they go to Egypt and back twice during that perceived timespan?

2
What is the purpose of Deuteronomy 11:30?
5
What was the "one portion" given to Joseph above his brothers in Genesis 48:21-22?
1
Where are rivers Gihon and Pishon located, how can we identify them today?
7
Why did the Egyptians view shepherds as detestable and why did they refuse to eat with the Hebrews?
1
Is "journeyed on" meaning a "short trip with intention to come back"?
5
Did Genesis 36 happen before Genesis 32?
5
Could God be ok with some types of divination?
1
Where is the threshing floor of Atad?
1
Why did the angel tell Hagar to return to her mistress after being illtreated in Genesis 16?