I posted this question before, but as I noticed, the question looked very vague, so I will try to explain it better now. 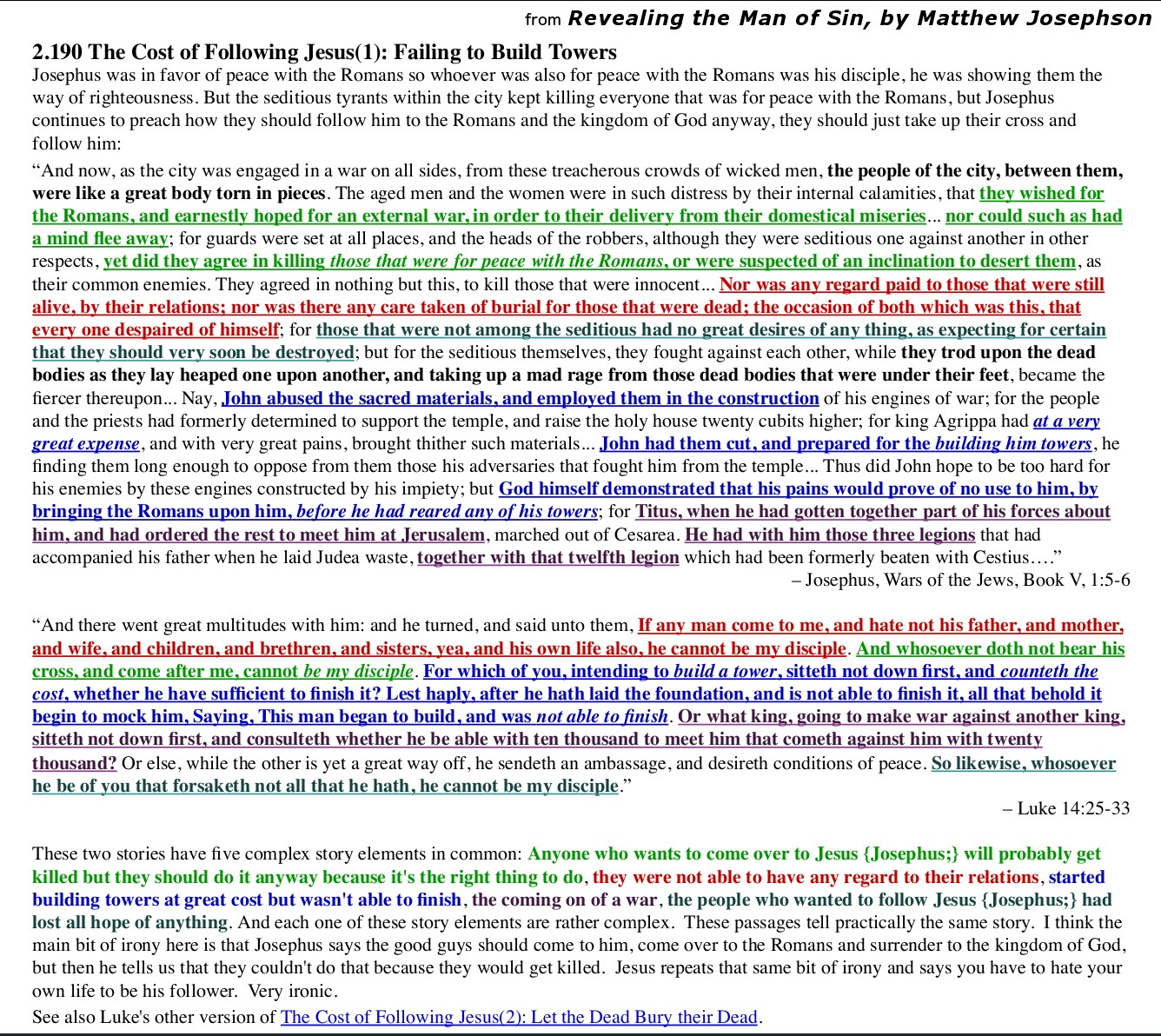 Do these parallels seem significant at all to make a conclusion that Luke was inspired by Josephus?

I want to note that I found this picture on a pretty pseudo historical website advocating for some ''Flavian creation of Christianity.''

I hope my question is more clear now.

14
“Until they see the kingdom of God” in Luke 9:27 and parallels
4
Are there any medieval commentators to mention the Lukan census (of Quirinius, Lk 2:2) in conjunction with the evidence from Josephus?
8
In Luke 17:37 who are taken, who are left behind and where are they taken?
2
In Luke 18:19 (and parallels), what does “good” (αγαθος) mean?
3
Were the Hellenistic Jews and Hebraic Jews able to speak each other's language in Acts 6:1?
6
In Luke 13:28 does Jesus mean Abraham, Isaac, and Jacob are prophets?
1
Luke 1:61 what were the rules of how contemporary Jews named their children?