What do we know about tower of Peniel in Judges 8?

He also pulled down the tower of Peniel and killed the men of the town. - Judges 8:17

What do we know about tower of Peniel in Judges 8

Towers in ancient Israel were known as citadels and were for defensive reasons of a particular city. They are generally speaking speaking the highest landmark within a city, making surprise attacks very difficult.

For example take the Tower of Jerusalem:

“Your neck is like the tower of David, built with courses of stone; on it hang a thousand shields, all of them shields of warriors.” (Song of Solomon 4:4)

The Tower of David, also known as the Citadel of Jerusalem, is the highest landmark in the Old City and, ironically, has nothing to do with King David. This remarkable structure is a walkthrough museum that takes visitors through the history of Jerusalem in a unique way. What better place to see the history of Israel than in a fortress that bore witness to almost all of it. Located on the western side of the Old City, near the Jaffa Gate, it presents three walking tours amongst the architectural walls that began with the Hasmonean kings in the 2nd century B.C., and covers 5,000 years of history.

The site was chosen for its topography, the highest point on the southwestern hill, as a defensive fortification, which has been augmented over thousands of years by the early kings of Israel, Romans, Crusaders, Muslims, and Turks. Some of the best views of the city and the Temple Mount are here, as well as the opportunity to walk the ancient walls as many watchmen have done over the centuries. These high walls and towers are formidable, as is the deep moat that surrounds them (filled in by 1898). Begin your tour on the east side via a bridge that spans the moat to the inner gatehouse, built by Suleiman the Magnificent.

During ancient times this northwest corner was the most vulnerable part of the Upper City and the tower and walls were built to protect it, as Josephus recorded:

“The city of Jerusalem was fortified with three walls, on such parts as were not encompassed with unpassable valleys; for in such places it had but one wall. The city was built upon two hills, which are opposite to one another, and have a valley to divide them asunder; at which valley the corresponding rows of houses on both hills end. Of these hills, that which contains the upper city is much higher, and in length more direct. Accordingly, it was called the ‘Citadel,’ by king David; he was the father of that Solomon who built this temple at the first; but it is by us called the ‘Upper Market-place.’”

The oldest remains of a city wall lie underground in the bedrock, and date to the Monarchy Period. After the Assyrian invasion, King Hezekiah built a broad wall (2 Chronicles 32:5) and towers that were later damaged by the Babylonians in 586 B.C. (Nehemiah 3:8 and Isaiah 22:9-10).

Herod the Great built three towers, which he named after his wife (Miriam, who is buried in a cave near the tower), a close friend (Hippicus), and his brother (Phasael). The latter tower still stands; the upper and highest part is now an Islamic minaret atop a Crusader Hall. Herod went on to build his palace just south of these towers.

When Rome took control of Palestine, the Roman Procurator lived in the Herodian Palace, and this is where Jesus was tried before Pilate (John 19:13). During the Great Revolt (66-70 A.D.), the Jewish rebels burned the palace. After Titus put down the rebellion, he stationed the famous Tenth Legion here, transferred from the Mount of Olives, making it their primary camp (they also captured Masada). Clay water pipes with their LXF seal were found in excavations in the courtyard (LXF stands for Legio X Fretensis). This was the only structure Titus left standing as a monument to the valor of his soldiers. 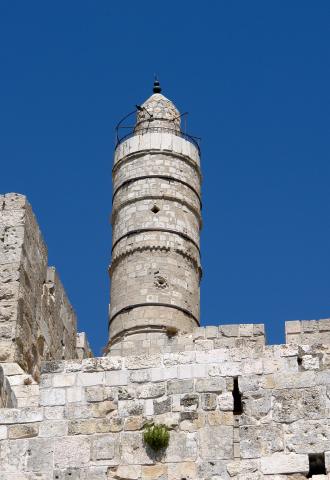 David’s Tower as it looks today.

Thus Gideon wanted to make sure that all possible advantages in time of battle were taken away from the City of Peniel! 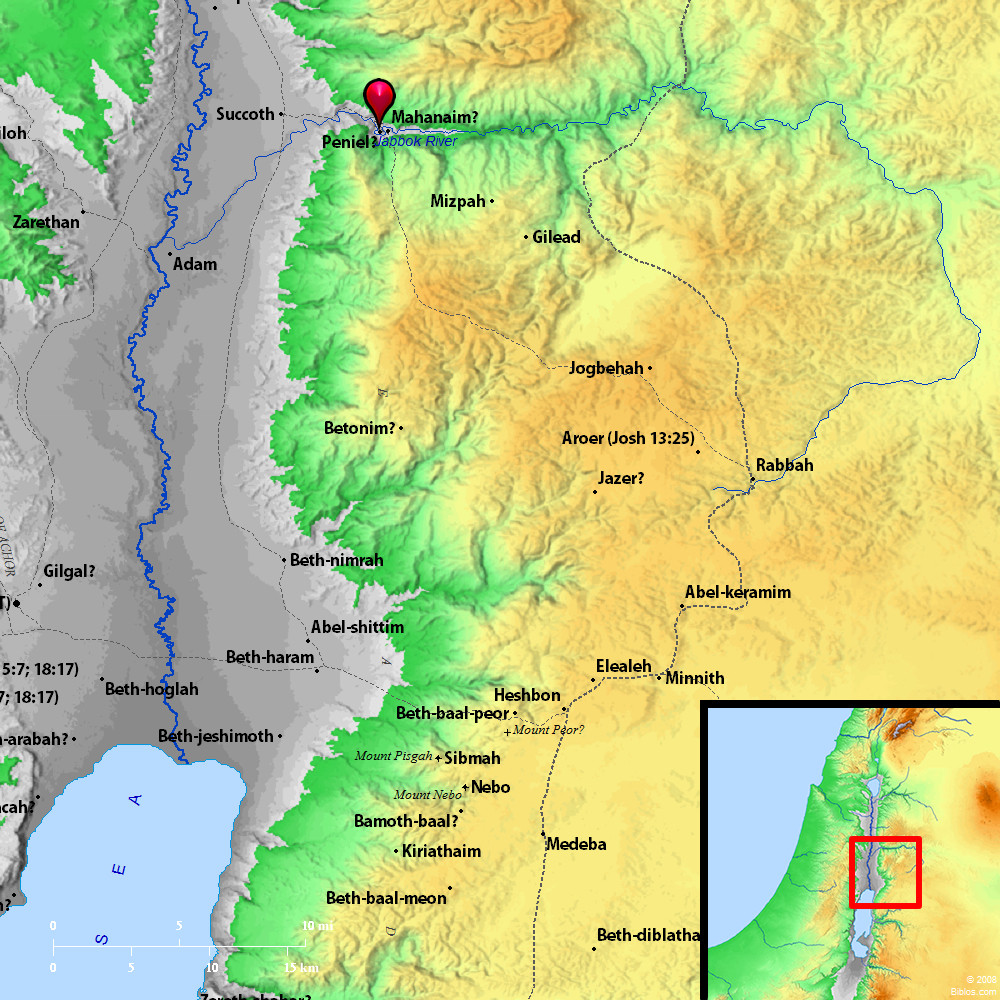 Peniel was located near Succoth, Israel.

4
Did Barak already know what he was supposed to do in Judges 4:6-7?
6
How does the Genesis account of the Tower of Babel compare with other traditions about the tower?
9
What is the significance of switching from Gideon to Jerubbaal?
9
How were Samson's parents to know his foreign wife was "from the Lord" in Judges 14:4?
15
Why was, "for they were Ishmaelites" considered an explanation for why the Midianites had golden earrings in Judges 8:24?
2
Did Gideon build two Altars in one night in Judges 6?
9
Why are there so many unusual weapons used in Judges?
1
Is the following analysis of Judges 19 & 20 Levite's intentions, character, behaviour & actions correct?
0
Is the Dan in Genesis 14:14 same as the one in Judges 18:29?
1
Did Gideon use a different return route in Judges 8?