Why does Genesis 3 use male pronouns for Eve?

I came across some interesting observations of Genesis 3 recently:

In each of these three places, the masculine pronoun "He" (heb: hu, הוא) is used. Biblehub provides wrong annotation below it on their website.

Now I know that the second one (Genesis 3:15), the "he" is generally thought of as referring to "the seed" which is a masculine noun. But in the second half of 3:15, God says to the serpent "you" shall bite his heel, not "your seed" shall bite the heel of "her seed." Given how the pronoun is used for the woman in 3:12 and 3:20 around this, i'm not so sure now. This "he" could be referring directly to the woman. That certainly matches the second half of the verse about the enmity between the woman and the serpent which will be carried forth in their seed. As in: "Ishshah shall strike his head and Nachash shall strike the woman's heel"

I also believe that "seed of the woman" is a unique concept here (this is the only place the feminine particle is attached to the end of "seed"). Elsewhere there is only the seed of the man that goes on down.

Eve also has a large amount of agency in this story. The serpent has the conversation with her. She is the one that reaches out and acts and gives to "her man" (another striking and unprecedented possessive word - except for Sarah giving Hagar to Abraham in Genesis 16:3).

Can anyone help clarify why these pronouns are as they are? I know there is likely not one direct answer, but I wonder how the learned crowd here at SE have learned to interpret this critical part of the text. It really seems to me to be something more than a mixup by some scribe somewhere.

One initial take I have found involves the idea that Adam was made in the image of God as both "male and female" at once and then split in half into woman and man in Genesis 2. In Genesis 5:2, "male and female he created them" followed by "he called them adam." It could be that there is a sort of play on the male/female blending (androgyne) in a single being which is then divided in the world.

Did you pay attention to the masora? 3:12 has הִ֛וא, pronounced he meaning she, while 3:15 and 3:20 have ה֚וּא, pronounced hu meaning he.

What does "Qr perpetuum" mean?

What is the meaning and function of הַהִוא֒ in Exodus 3:8?

Note: the LXX translates הוא as αὕτη in 3:12. This significantly predates the Masoretes.

I don't have a picture of the Dead Sea Scrolls fragment, but have a copy of the Hebrew text, and it has ה֯[וא for the pronoun in 3:12. The handwriting was changing quite a bit at that time and especially before.

To emphasize the entry in Gesenius' Hebrew-Chaldee Lexicon in Revelation Lad's answer, here is the verses having 3fs pronouns with waw for women in Genesis:

This usage is far too regular in the Pentateuch to be a textual error. It appears to be an older Hebrew spelling that changed in later Hebrew to match the spelling of surrounding nations. This seems to show the dedication of the scribes to preserve the original text rather than changing it to match spelling changes.

The 3pm/fs pronouns appear to be stable over time. Here's Ugaritic (1200 BC) 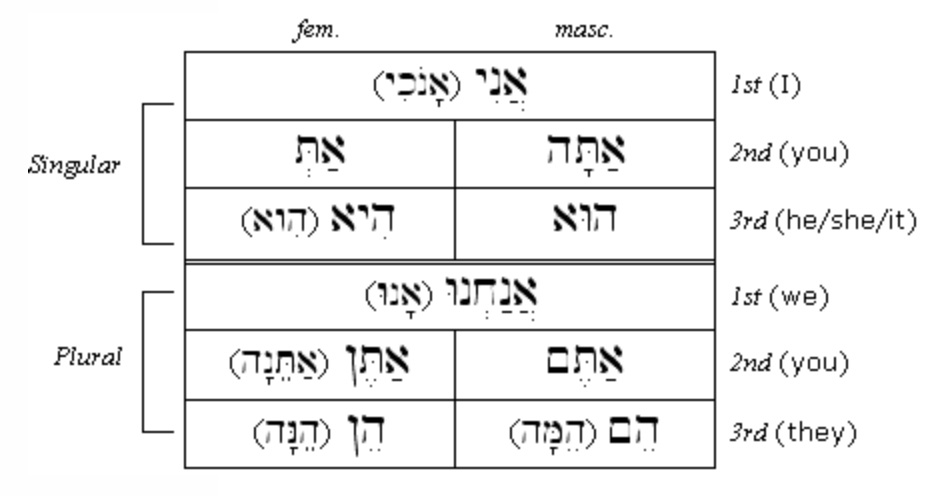 This entry in Gesenius' Hebrew-Chaldee Lexicon states the pronoun is either masculine or neuter, but in the Pentateuch it also takes in the feminine as an idiom:

הוּא (A) pron. 3 pers. sing. m. he; neut. it...In the Pentateuch, הוּא also takes in the feminine, and stands instead of הִיא, which (according to the Masora on Gen. 38:25) is found but eleven times in the whole of the Pentateuch. Those who appended the points to the text, not attending to this idiom of the Pentateuch, whenever הוּא is feminine, have treated it as though it were an error, and have pointed it הִוּא, to signify that it ought to be read הִיא; out of the Pentateuch הוּא fem. Is found in 1 Kings 17:15; Job 31:11; Isaiah 30:33, pointed in the same manner.

That the word is used this way is evident in Abimelech's plea to God:

Did he not himself say to me, ‘She is my sister’? And she herself said, ‘He is my brother.’ In the integrity of my heart and the innocence of my hands I have done this.”
(Genesis 20:5) [ESV]
הלא הוא אמר־לי אחתי הוא והיא־גם־הוא אמרה אחי הוא בתם־לבבי ובנקין כפי עשיתי זאת

The LXX also reflects the use of הוא as an idiom in the verses in question:

And Adam said, “The woman whom you gave to be with me, she gave me of the tree, and I ate.” (LXX-Genesis 3:12 NETS)
καὶ εἶπεν ὁ Αδαμ ἡ γυνή ἣν ἔδωκας μετ᾽ ἐμοῦ αὕτη μοι ἔδωκεν ἀπὸ τοῦ ξύλου καὶ ἔφαγον
And Adam called the name of his wife Life, because she is the mother of all the living. (LXX-Genesis 3:20 NETS)
καὶ ἐκάλεσεν Αδαμ τὸ ὄνομα τῆς γυναικὸς αὐτοῦ Ζωή ὅτι αὕτη μήτηρ πάντων τῶν ζώντων

So God created man in his own image, in the image of God he created him; male and female he created them. (Genesis 1:27)
ויברא אלהים את־האדם בצלמו בצלם אלהים ברא אתו זכר ונקבה ברא אתם

God created man, male and female. The noun is masculine but the physical reality is two individuals with different genders: one male and one female. The rule of grammar cannot be rigidly applied to distort the actual physical situation: a masculine pronoun "them" does not mean the woman is androgyne. Similar examples of "they" אתם (masculine plural) mean male and female are in being blessed (1:22, 28). "They," man, fish, and birds were blessed (1:22) and told to multiply.

The idiomatic use throughout Genesis simply follows the use during the creation narrative. Despite a rule of grammar which says otherwise, "them" is both male and female. As the LXX shows, this was not interpreted as an androgyne. Idiomatically, the two are treated as one and a rule of grammar cannot be used to override physical differences. Rather, we need to acknowledge the inadequacy of some rules of language to accurately describe certain situations.

If the technical rule of language requires the female pronoun, the idiom of using the male pronoun should be taken as another manner of describing the created equality of male and female. Despite being "man" and "them" as masculine noun and pronoun, we are told "they" were created at different times and by different means and ate individually. Yet "they" are always treated and considered as equals despite differences in gender, sequence, eating, or other specific details.

Moreover, if "they" is considered to be referring to the masculine noun "image," then a masculine pronoun should always be used. A retrospective approach might be to ask: "Why is the woman 'he' and not 'she'?" The answer: "Because 'she' is as much 'he' as the man: both were made in the image of God." The post-Garden use of language misstates or misleads one into to replacing that which was present in the beginning with that which is seen in the present.

KJV version which is translated from the original tongue only has "his" in Gen 3:15.

The focus here is on the seed. The seed (generations) of Adam is an extension (flesh and bone) of Adam just as with Eve. So, what God is simply trying to say is this: "it (the snake) shall bruise thy head, and thou shalt bruise his (Adam's) heel.

The word is voweled in verses 12 and 20, by the Masoretic text as הִוא which is supposed to be pronounced the same way as הִיא (she), as if the word has a kethiv of הוא (he), but a qere of היא (she). We see this kethiv-qere pair of הוא and היא frequently throughout the Hebrew Bible, this is not the only place. We see the Masorites' sometimes avoid writing a qere separately even though the spelling would be wrong in other examples such as frequently with the words אליהם and עליהם when they are written as אלהם and עלהם; furthermore, this is also observed in the word נערָ in Genesis 24:14, even though this word should be written נערה.The kethiv is the traditional way of the text being written, but the qere is the traditional way of reading the text. The Masorites did not invent the pronunciation. They received this pronunciation from the tradition of the time and wrote it down with vowel points to preserve it for future generations. Also the scribal error of a י lengthening to a ו is very common and there was no way of fixing the error other than by restarting, and it does not greatly effect the meaning of the text. Thus a היא changing to a הוא is likely a scribal error. Even if this text is not a scribal error, and the traditional pronunciation of the Masorites was wrong in this case, we see a male pronoun being used for a female pronoun in the plural in some places in the Hebrew bible. (See: Ezekiel 1:6-13). This can be done as male is seen as more abstract than female as a female collection cannot contain a male, whereas a male collection can contain a female. This never happens in the opposite direction. It does not have any theological implications.

The text of verse 15 is different, as it reads "וְאֵיבָ֣ה ׀ אָשִׁ֗ית בֵּֽינְךָ֙ וּבֵ֣ין הָֽאִשָּׁ֔ה וּבֵ֥ין זַרְעֲךָ֖ וּבֵ֣ין זַרְעָ֑הּ ה֚וּא יְשׁוּפְךָ֣ רֹ֔אשׁ וְאַתָּ֖ה תְּשׁוּפֶ֥נּוּ עָקֵֽב׃" "I will put enmity between you and between the woman, and between your decedents (זרע) and between her decedents (זרע), they (הוא) will strike you in the head, and you will strike them (תשופנו) in the heal" (Genesis 3:15). The word הוא and suffix נו here is referring to the decedents which uses the Hebrew word זרע which is in the male singular, and it is not referring to the women. This is also reflected in the MT's use of הוּא instead of הִוא.

It may be because Eve is not a normal human woman but the "help meet for him" (‘ezer kenegdo), which may be the English of that which is later the paraclete -- Jesus is refereed to as a "new paraclete" in John 14:16, and thus, Eve would be some sort of (spiritual?) woman-made-out-of-man and in so far as Eve is made out of a male adam/human, therefore to an extent androgynous -- and hence the particle "he"?

As Gus mentions, The Gospel of Thomas points to the splitting of people as that which needs to be unified, with Jesus' help, in Logia 11 and 22.

10
Does the Latin Vulgate propagate a translation error in Genesis 3:15?
11
What does "Qr perpetuum" mean?
0
What is the meaning and function of הַהִוא֒ in Exodus 3:8?

9
What is the historical basis for viewing Genesis 3:15 as the 'protoevangelium'?
3
In Genesis 3:14–19, does the order of cursing & curses reflect the gravity of the transgression?
3
Who is the serpent's seed in Genesis 3:15?
1
Is Genesis 3:15 correctly translated?
1
Enmity between the serpent and the woman
3
Genesis 5:2, grammatically, how does a plural pronoun refer to a singular noun?
3
Why didn't God say to woman/Eve/Chava for what sin/sins she is judged?
10
Does the Latin Vulgate propagate a translation error in Genesis 3:15?
5
Who is the offspring of the Nachash in Genesis 3:15?
4
When was the serpent cast out of Eden?