I was studying the words of Christ this morning where he charged His disciples in Mark 16:17-18.

And these signs will accompany those who believe: in my name they will cast out demons; they will speak in new tongues; they will pick up serpents with their hands; and if they drink any deadly poison, it will not hurt them; they will lay their hands on the sick, and they will recover.

And when I got to verse 18, the expression "...they will pick up serpents" began to suggest several meanings to me. I quite understand the use of imagery across the verses of the Bible. Is it best to interpret "serpents" as imagery in verse 18? If it will help to interpret it that way, then what does "picking up serpents" really imply in Mark 16:17-18?

they will pick up serpents with their hands; and if they drink any deadly poison, it will not hurt them; they will lay their hands on the sick, and they will recover.” (Mark 16:18 - ESV)

Pick up serpents and if we drink poison it will not hurt us, in same vers is healing the sick by laying of hands the sick shall recover. Jesus is talking about power over heavenly beings hear on earth.

Behold, I have given you authority to tread on serpents and scorpions, and over all the power of the enemy, and nothing shall hurt you. (Luke 10:19 - English Standard Version)

We have been given power and authority over fallen entities. Satan and his fallens angels symbolized as serpents and scorpions to symbolize demons. The Sons of Sceva in Acts 19:11-20 were not authorized to cast out demons and because of this they were beaten and humiliated Acts 19:16d "they fled out of that house naked and wounded.

And they were all amazed, and spake among themselves, saying, What a word is this! for with authority and power he commandeth the unclean spirits, and they come out. (Luke 4:36 - KJV)

Also in 1 John 4:4 we can see the spirit of anti-Christ can't affect those with the Spirit of God.

Ye are of God, little children, and have overcome them: because greater is he that is in you, than he that is in the world. (1 John 4:4 - KJV)

Spirit of God vs the spirit of anti-Christ (1 John 4) He that hath the Spirit of God has overcome this world and can both stand against and rebuke the entities from the dark-principality that satan has under himself.

A rebuttal to the problem with discrediting Mark 16:9-20 by lifting the issue that some manuscript (Sinaiticus & Vaticanus) have a shorter version of Mark 16 that ends at vers 8, it is not a valid argument to do away with Mark 16:18 because the very same account made by Jesus is repeated in the next book, that is in the Gospel of Luke chapter 10 vers 19 in same manuscript (Sinaiticus & Vaticanus) that excludes Mark 16:9-20 does include it in Luke 10:19!

Behold, I have given you authority to tread on serpents and scorpions, and over all the power of the enemy, and nothing shall in any way hurt you. Codex Sinaiticus - Luke 10:19 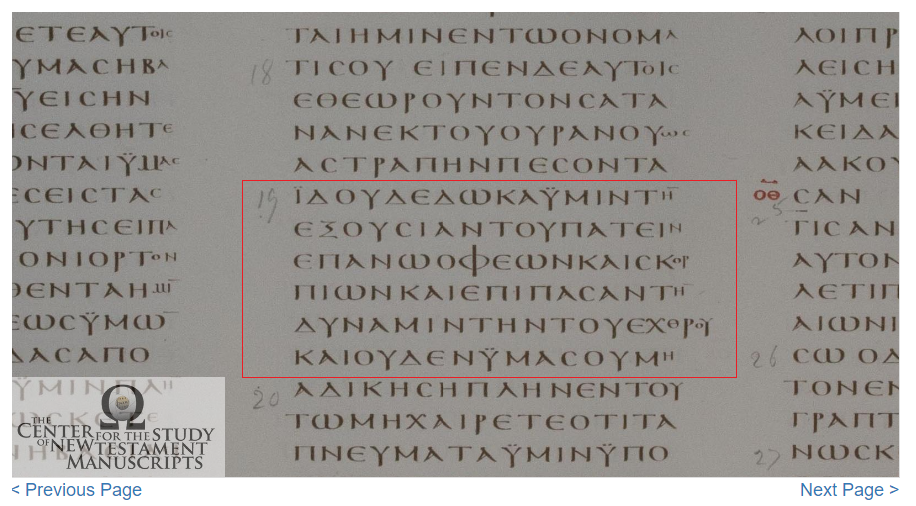 Also something that has to be mentioned in this issue is that a huge empty space occur in Codex Sinaiticus & Codex Vaticanus were Mark 16:9-20 should have been but removed/excluded, this is the only empty New Testament column in these Codex. 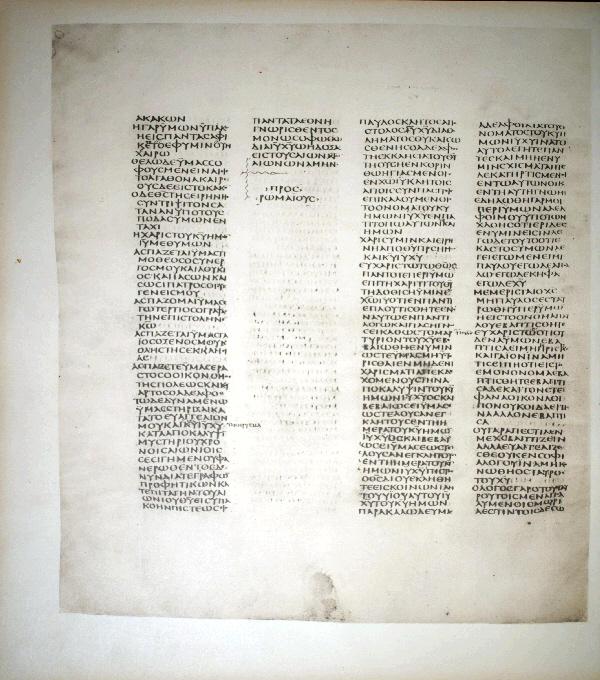 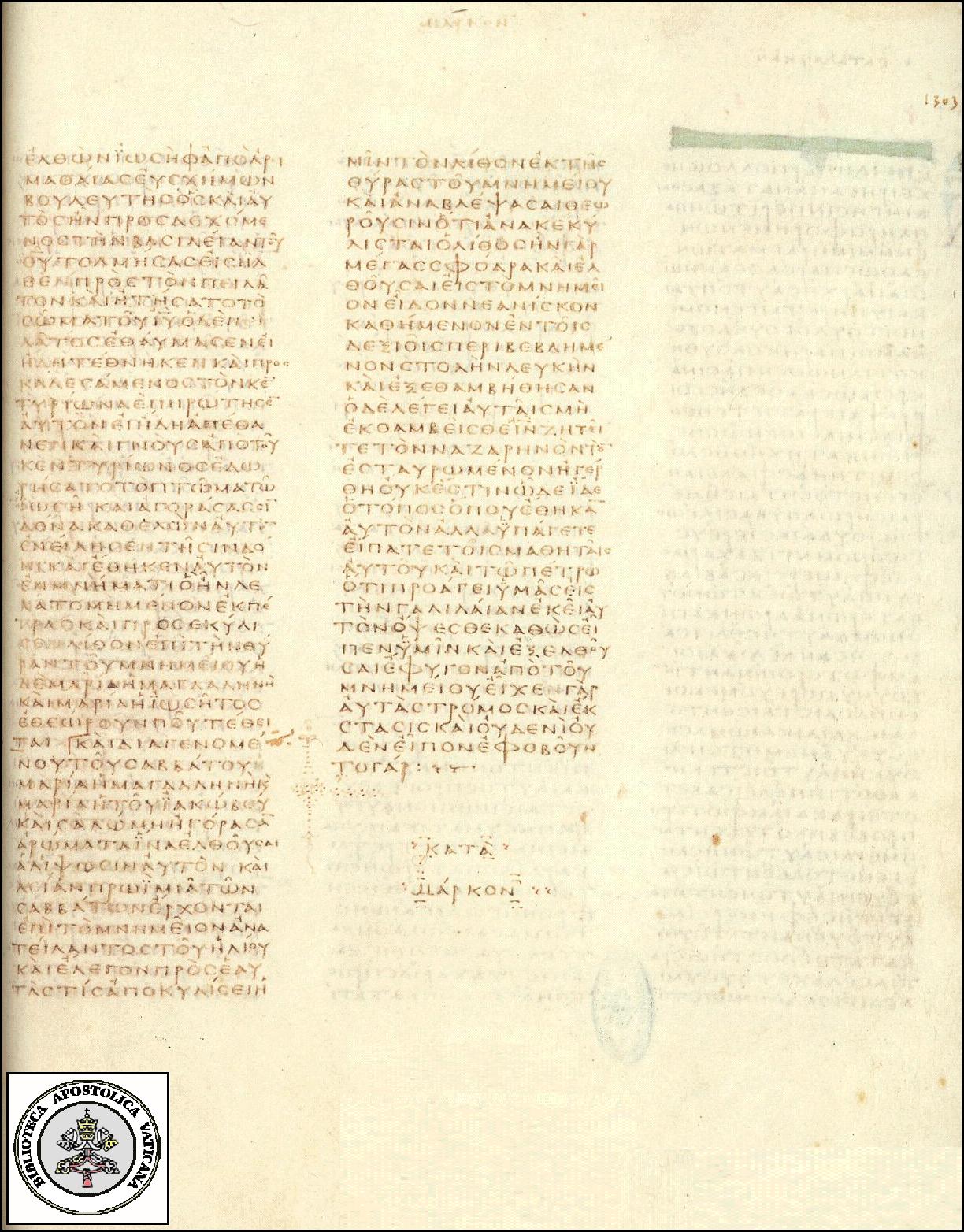 They will handle snakes

This was fulfilled in

Acts 28:5 But Paul shook the snake off into the fire and suffered no ill effects. 6The people expected him to swell up or suddenly fall dead; but after waiting a long time and seeing nothing unusual happen to him, they changed their minds and said he was a god.

The natives were convinced by this sign: serpents could not harm the servants of God.

Else where, Jesus says in

Luke 10:19 I have given you authority to trample on snakes and scorpions and to overcome all the power of the enemy; nothing will harm you.

Literally, serpents are poisonous snakes. Metaphorically, they are poisonous enemies. No matter, neither can harm the servants of God.

Mark 16:17-18 reinforces this same idea in Luke 10:19. God will protect his workers from all harms while they are working for God and it is a sign that you are God's workers.

Regarding the modern Gospel account of Mark 16:18, what is meant by "they will pick up snakes with their hands"?

[Disclaimer] - In the ancient Greek Gospel of Mark found in the Codex Sinaiticus, Mark 16 ends at verse 8. * [Reference : http://www.codex-sinaiticus.net/] . - The missing verses of Mark 16:9-20 cause contextual questions about the validity of later editions (400 AD-Present) of Mark 16 manuscripts.

In the modern Gospel account of Mark 16:18 we read a strange prophecy from the resurrected Yeshua (Jesus) of Nazareth regarding His disciples' supernatural ability to be immune to snakes and poison.

Mark 16:18 [NIV] "they will pick up snakes with their hands; and when they drink deadly poison, it will not hurt them at all; they will place their hands on sick people, and they will get well."

The Greek Translation of Mark 16:18 rephrases "they will pick up snakes with their hands" and states : "with (ἐν) their (ταῖς) hands (χερσὶν) serpents (ὄφεις) they will take up (ἀροῦσιν)".

What does "with their hands serpents will they take up" refer to in parallelism with Yeshua's ministry and in terms of the future abilities of Yeshua's disciples?

Consider Yeshua's parable about a bad Father giving snakes to son in Luke 11:11 [NIV] : " Which of you fathers, if your son asks for a fish, will give him a serpent (ὄφιν) instead? " - The point is made later in Luke 11:13 that Serpents (False Teachings) in reference to [Genesis 3:1-4] will be replaced with the Holy Spirit (God's Teachings).

In parallel to Yeshua's parables of Luke 11:11-13, the prophecy of Mark 16:18 is claiming Yeshua's disciples will metaphorically replace false teachings concerning God with the Holy Spirit through charitable works of their hands to feed God's children.

There are some nice interpretations in these answers, all related to the overcoming of evil in some form. I think the reason for the variety of answers is that "serpents" have such rich symbolism and thus the airo or lifting up/taking of serpents can be interpreted in many ways, depending on whether the emphasis is not letting the serpents harm you or overcoming the serpents, and whether serpents are viewed as a proxy for Satan, for evil spirits, or for false teachings (the serpent is associated with lying and lying spirits are referred to as "anti-Christs" elsewhere).

Let me point out one additional interpretation just to round out the answers here, even though I would not recommend marking this interpretation as the best answer (Daniel's answer is my favorite).

Thus the "lifting up/taking" of these vipers can be a metaphor for conversion as well:

Save others by snatching [harpazo] them out of the fire; to others show mercy with fear, hating even the garment stained by the flesh."

harpazo has as a gloss: "seize, snatch away" which is similar to the airo "raise, take up, lift up"

Is it best to interpret "serpents" as imagery in verse 18? What does "picking up serpents" really imply in Mark 16:17-18?

Suppose we dispense with the charge that Mark 16:9-16 does not belong in the Bible.

These are the major Codices. So, while it's true that Mark 16:16 is missing in the Codex Vaticanus — a blank half-column where there should be text, the Codex Vaticanus leaves out a lot of other scriptural passages as well. If we are to press this point, then we have a problem because we'll have to abandon other significant passages as well based on that manuscript. However, God was very clear on this matter:

Matthew 24:35: "Heaven and earth will pass away, but My words will not pass away."

The Diatessaron, the most prominent early Gospel harmony was created in the second century, contains Mark 16:9-20. The Syriac versions have it in there. Irenaeus, quoted, had it in there. These men quoted and accepted it as the inspired word of God. For the unbiased observer, this matter should be settled: the strongest piece of internal evidence mustered against the genuineness of Mark 16:9-20 is really no evidence at all. And, to argue the point brings the veracity of Scripture into question. Do we really want to open this unnecessary can of worms?

The two strongest arguments offered to discredit the inspiration of these verses as the production of Mark are seen to be lacking in substance and legitimacy. The reader of the New Testament may be confidently assured that these verses are original—written by the Holy Spirit through the hand of Mark as part of his original gospel account.

With that in mind, precisely what is Mark 16:17-18 referring to? Well, perhaps we should recall the words from the Book of Acts:

Acts 28:3-6: "But when Paul had gathered a bundle of sticks and laid them on the fire, a viper came out because of the heat and fastened itself on his hand. 4When the natives saw the creature hanging from his hand, they began saying to one another, 'Undoubtedly this man is a murderer, and though he has been saved from the sea, justice has not allowed him to live.' 5However he shook the creature off into the fire and suffered no harm. 6But they were expecting that he was about to swell up or suddenly fall down dead. But after they had waited a long time and had seen nothing unusual happen to him, they changed their minds and began to say that he was a god."

This is just one example of how God protected the apostles/disciples from harm on many occasions. Such was necessary in order that the Gospel be preached throughout all the known world.