What's this variant in the Codex Sinaiticus of John 1:18?

Everyone knows about the textual variant specific to the Alexandrian texts that say "only-begotten God" as opposed to the Byzantine, Caesarean and Western families all saying "only-begotten Son." But I'm also curious as to where most manuscripts move on to the next few words: "ὁ ὢν εἰς τὸν (κόλπον)" This seems to be "εἰ- ἰ-" with "θων" written above it. Unless the iota/dash is intended to be a weird looking uppercase Gamma?

Characterizing the numerous variants in a binary way as Alexandrian vs Byzantine, etc, oversimplifies the problem in John 1:18. According to UBS5 and NA28 we have the following variant readings in John 1:18 -

For a comprehensive list of which MSS support each reading, see UBS5 and NA28.

What we do know from the same references (using ultraviolet light) is that the original hand that created Sinaiticus wrote: μονογενὴς Θεὸς. The document has been modified at least twice by later hands.

I examined my personal copy of Sinaiticus and include the following image which may help. 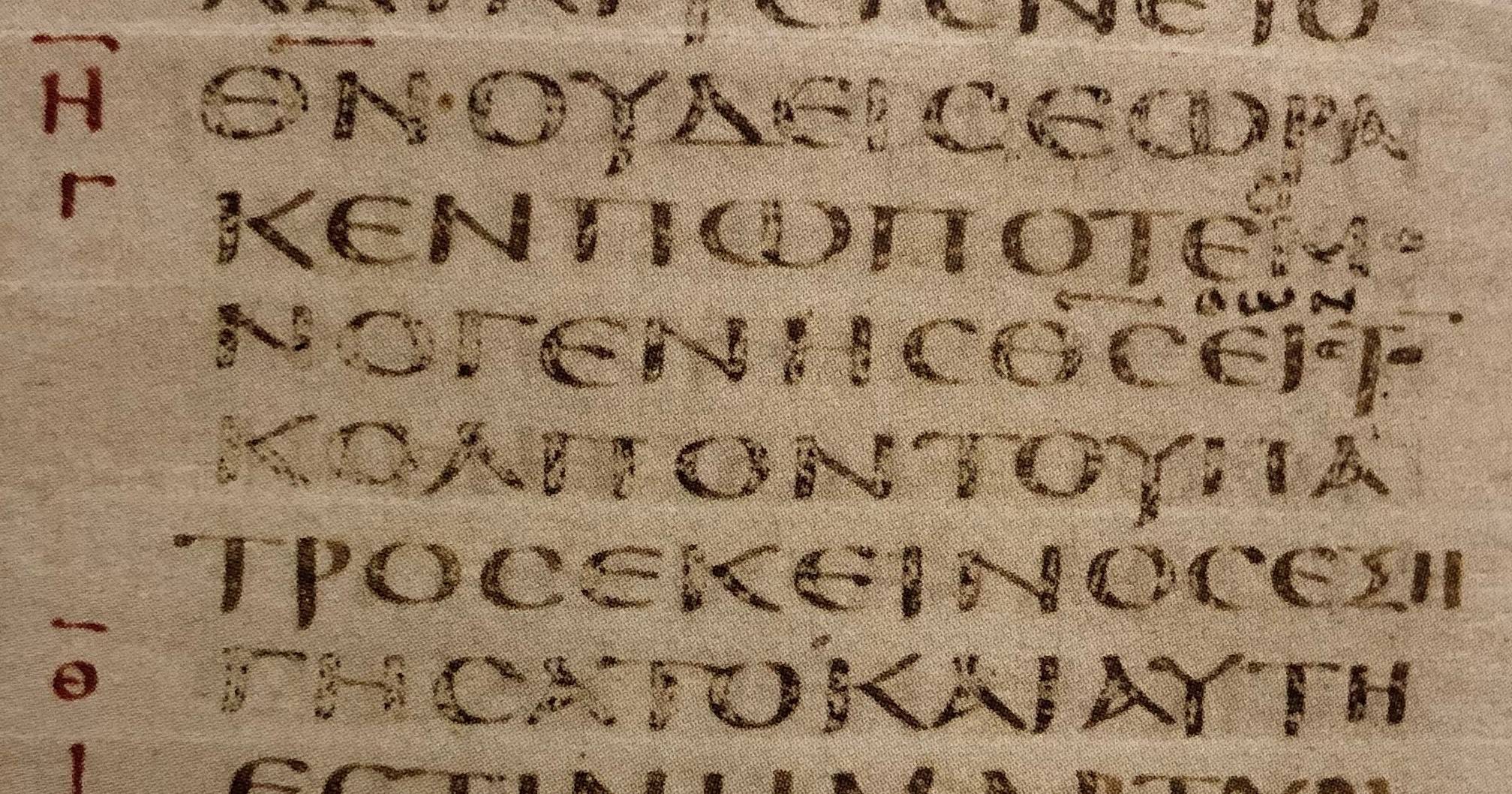 There are two overscribed words, both meaning "God", Θεὸν at the beginning of the verse and Θεὸς just before the superscripted letters in the OP's question. As best I can make out, the jumble of letters is intended to say, ὁ ὢν εἰς τὸν. The ὁ ὢν is fairly clear above the line. The next line clearly has κόλπον. The letters of the word before κόλπον are the unclear letters that should say εἰς τὸν which are possibly abbreviated (as was common practice).

Thus, the complete text appears to be: Θεὸν οὐδεὶς ἑώρακεν πώποτε· μονογενὴς Θεὸς ὁ ὢν εἰς τὸν κόλπον τοῦ Πατρὸς, ἐκεῖνος ἐξηγήσατο. The bolded text is that pertinent to this question. It is the εἰς τὸν that is most tricky to see.

From this it is apparent that the scribe left some letters out and added them above the line.

Not the answer you're looking for? Browse other questions tagged greek john textual-criticism or ask your own question.