Without father, without mother, without genealogy, having neither beginning of days nor end of life, but resembling the Son of God, he remains a priest forever. Hebrews 7:3 (NRSV)

Eternal means "lasting or existing forever; without end or beginning."

i. Reading the verse at face value, it appears that Melchisedeck was eternal. Is this really the meaning in the original context?

ii. If the reading was correct, then, does that also apply to Jesus since the verse said that Melchisedeck was resembling the Son of God.

There were Pre-Christian Jewish literature that showed Melchisedeck was at least a divine figure, as an angel. But the reference to him as eternal points to his divinity greater than that of the angels and he could be the Theophany of God himself, as the angel who had the name of YHWH in him in the Pentateuch [Exodus 23:21].

11QMelchizedek is preserved in a single, extremely fragmentary MS whose script places it in the first century B.C.E., so the date of composition must have been sometime earlier. The overall contents imply that it is a sectarian work.<3> Originally it consisted of at least three columns; the first is lost except for a line written perpendicularly in a margin, but much of the text of the second column is extant, as well as the beginnings of some lines in the third column. The narrative of col. 2 describes the eschatological conflict fought by the divine being Melchizedek and his angelic allies against Belial and the evil spirits of his lot. (http://otp.wp.st-andrews.ac.uk/divine-mediator-figures-course/melchizedek-michael-and-war-in-heaven/).

While I am sure that Melchisedek is eternal in the sense that he is in heaven with Christ, Heb. 7:3 was not saying Melchisidek never had a mother or father. The understanding comes from knowing customary Jewish terminology. If they did not have the record of the genealogy to prove the lineage to Aaron, the priesthood was not legitimate, and they would say he had no father.

"He who could not support his pretensions by just genealogical evidences, was said by the Jews to be without father. ..."for a Gentile has no father;" i.e. his father is not reckoned in the Jewish genealogies. In this way both Christ and Melchisedec were without father and without mother; i.e. were not descended from the original Jewish sacerdotal stock. Yet Melchisedec, who was a Canaanite, was a priest of the most high God. This sense Suidas confirms under the word Melchisedec, where, after having stated that, having reigned in Salem 113 years, he died a righteous man and a bachelor, ....

"He is, therefore, said to be without descent or genealogy, because he was not of the seed of Abraham, but of Canaanitish origin, and sprung from an accursed seed; therefore he is without the honor of a genealogy." And he farther adds, "That, because it would have been highly improper for him, who was the most righteous of men, to be joined in affinity to the most unrighteous of nations, he is said to be απατορα και αμητορα, without father and without mother." This sort of phraseology was not uncommon when the genealogy of a person was unknown or obscure; so Seneca, in his 108th epistle, speaking of some of the Roman kings, says: De Servii matre dubitatur; Anci pater nullus dicitur. "Of the mother of Servius Tullus there are doubts; and Ancus Marcus is said to have no father." This only signifies that the parents were either unknown or obscure. Titus Livius, speaking of Servius, says he was born of a slave, named Cornicularia, da patre nullo, of no father, i.e. his father was unknown. Horace is to be understood in the same way: ....

" 'without beginning of days or end of life.' For as he was a mortal man he had both. He was assuredly born, and did no less certainly die than other men. But neither of these is recorded concerning him. We have no more to do with him, to learn from him, nor are concerned in him, but only as he is described in the Scripture; and there is no mention therein of the beginning of his days, or the end of his life. Whatever therefore he might have in himself, he had none to us. Consider all the other patriarchs mentioned in the writings of Moses, and you shall find their descent recorded, who was their father, and so up to the first man; and not only so, but the time of their birth, the beginning of their days, and the end of their life, are exactly recorded."

" Melchisedec was without father and mother, having neither beginning of days nor end of life. His genealogy is not recorded; when he was born and when he died, is unknown. His priesthood, therefore, may be considered as perpetual. In these respects he was like to Jesus Christ, who, as to his Godhead, had neither father nor mother, beginning of time nor end of days; and has an everlasting priesthood. The priesthood of Melchisedec is to abide continually on the same ground that he is said to be without father and mother; i.e. there is no record of the end of his priesthood or life, no more than there is any account of his ancestry." Source: StudyLight

There have been many speculations as to who exactly this Melchizedek was. The speculations range from the possible to the absurd. Here is a list of some of those speculations.

The only one of these speculation that bears any kind of merit is that he may have possibly been Shem the son of Noah. This is physically possible for Shem and Abraham were contemporaries. In fact, Shem did not die until after Isaac married. As far as any of the rest of the speculations as to the manner of being Melchizedek was, the Hebrew writer leaves no room for speculation. He was a man.

Melchizedek in not a proper name. It is a title. The ancient kings of pre-Israel Jerusalem were called the Tsedeks. Melchizedek is from Meleck meaning King and Tsedek meaning righteousness. Thus, king of righteousness. He was the King of Salem meaning peace. This Salem would later be called Jerusalem meaning foundation of peace. In Joshua 10:1 we encounter another Tsedek of Salem called Adoni-Tsedek meaning lord of righteousness. The difference between these two men is the deterioration of the worship from the time of Melch-Tsedek to Adoni-Tsedek.

The nature of Melchizedek - He was a man.

The word "man" is not represented in the text by either ἄνθρωπος nor ἀνήρ. It is provided by the gender of the pronoun οὗτος which is nominative masculine singular for "this one," thus, "this man."

He was a high priest without genealogy.

"Without father, mother, or genealogy." Like Jesus, Melchizedek does not receive his priesthood from his a predecessor. In the Levitical system, the high priest was descended only through the line of Aaron, 1 Chronicles 6:50-52. But the office of the high priest was not passed on to Melchizedek by his father, nor did he in turn pass it on to his heir. In other words, his was a one-man-forever-priesthood.

"Having neither beginning of days nor end of life."

In this there are three possibilities.

Here, the order is reversed. In 6:20, Christ is presented as a High Priest after the order of Melchizedek. Now, Melchizedek is said to be a High Priest who was made like the Son of God. Like everything else that is type, Melchizedek was the shadow of the reality. This is like the building of the tabernacle in Exodus 25:40 being built according to the "pattern shown to you on the mountain." Everything that is shadow must be patterned according to the substance it represents. The substance ALWAYS precedes the type. It must reflect the reality.

He "remains a priest continually." His priesthood is uninterrupted even by death. He left his office to no one else. Although Melchizedek has been dead for many centuries, he is still the central figure in that one man forever priesthood. Like the Son of God, he carries his priest beyond the grave. His priesthood, in contrast to that of the Levites is not bound by the physical - "not according to the law of fleshly commandment," 15-16. This fleshly commandment says that the Levitical priest must end his days of service at the age of 50. The High Priest ended his days of service at his death. In contrast, the priesthood of Melchizedek is greater. He continues as the High Priest of his priesthood even though he is dead, 8.

The writer in Hebrews draws conclusions from what scripture chooses not to state (a genealogy) thus the original expresses a spiritual concept which the writer to the Hebrews picks up on.

It does not mean that the person in Genesis did not have a genealogy : just that he is represented as such as a demonstration and as a spiritual allusion.

But the figure is mysterious and open to speculation.

Was it a manifestation of Christ ?

Was it a mortal man ?

This is a mystery and cannot be answered solely by the bare text of scripture.

He may also have actually been a theophany of God the Father. There are some problems with that idea, but it also makes sense in some ways. If he was simply a man who was a priest, this raises the question as to why his genealogy was "somehow" not recorded. How common was it for the genealogy of a priest to have somehow slipped through the cracks and never have been recorded, as if he had just been some nameless vagabond? 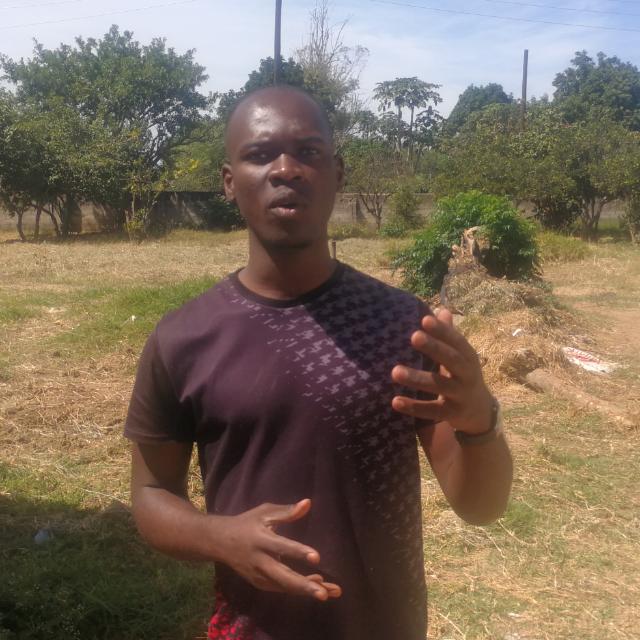 Not the answer you're looking for? Browse other questions tagged jesus hebrews historical-interpretation melchizedek or ask your own question.

9
Does Hebrews 7 claim that the Lord Jesus Christ is Malki-Tzedek?
16
What does it mean that Jesus was a priest like the "Order of Melchizedek" in Hebrews 7:11?
18
Where does the extra information about Melchizedek come from in Hebrews 7?
8
Could saying that Melchizedek was "without beginning of days or end of life" possibly be a textual error?
3
Melchizedek: He was a priest of the Most High?
0
According to Hebrews 8:4, does the author of the Epistle to the Hebrews believe that Jesus was never on earth?
2
How to identify “Most High God” of Hebrews 7:1?
7
Based on Hebrews 6:20-7:1, does Jesus like Melchizedek bless the κοπῆς (slaughter) of enemies?
2
Hebrews 6:2 and the Greek understanding of "Eternal Judgement"
1
Hebrews 5:7; (Who) in the beginning of the verse refers to Melchisedec basically?