How can I search for the co-occurrence of two words (ideally searching by Strong’s numbers)?

Are there any resources I can use to enter two Strong’s numbers to find places that they both occur in the same verse or chapter? The purpose is to narrow down relevant places to focus my study, where one or both terms have a large number of occurrences.

greek hebrew tools-of-biblical-studies
share | improve this question | |
edited May 19 at 16:04

One free option is ISA2 or ISA3 beta. I still use ISA2 for the Concordant View feature (pictured at end) that is not available on the pre-ISA3 version. (Note: Except for Concordant View examples at the end, the pics are from ISA3. The search feature is the same in both programs.

The new ISA3 Basic is a 'light' version of the ISA3 Pro which will be published at a later date. In short compared with the old ISA2, ISA3 Basic has much more interlinears also in different languages but the application itself is more 'basic' and simplified than the old ISA2. For people who want to use the Textus Receptus they can still use the old ISA2 (download ISA2) or buy the still being developed ISA3 Pro version at a later time which has everything. See ISA3 Basic vs Pro comparison table.

Can also search "in order" only. "No order" includes separated and side-by-side terms. 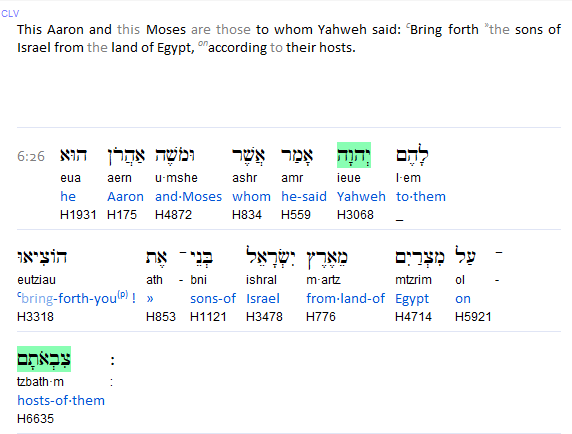 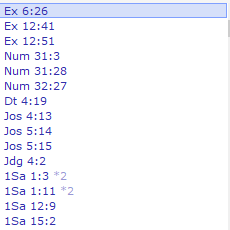 (Not all search verse results are shown.) Click on each verse link and verse appears in main window.

Concordant View of ISA2 program (which I find very useful for root variations.)

Far left number is the number of occurrences of each form. If clicking on each line, the verses for that line appear in another box to be viewed separately.

"All Renderings" option: ("dabar" can mean: speak/thing/matter/plague, etc. This option brings up the other meanings.

Yes, there is a free tool that you can use on www.blueletterbible.org.

On the home page, click on “Search” on the navigation bar. 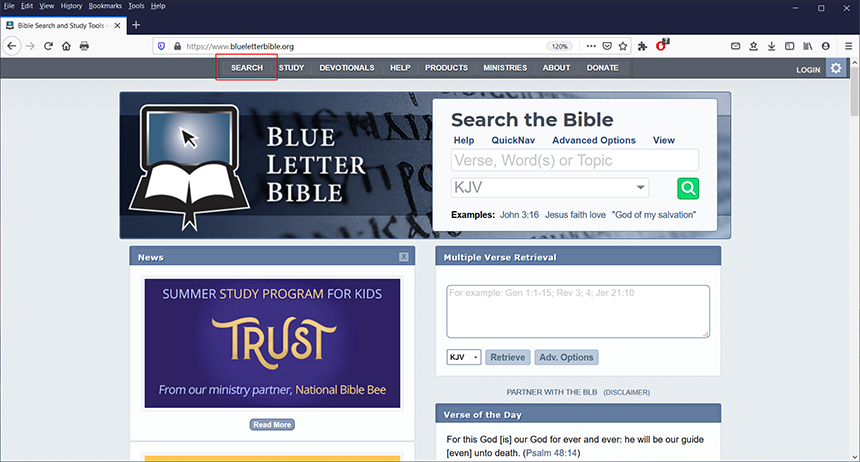 On the search page, simply enter the Strong’s numbers of the words you would like to search for. (In this example, I search for G4160 and G18.) Then, click the icon of the arrow pointed to the right. 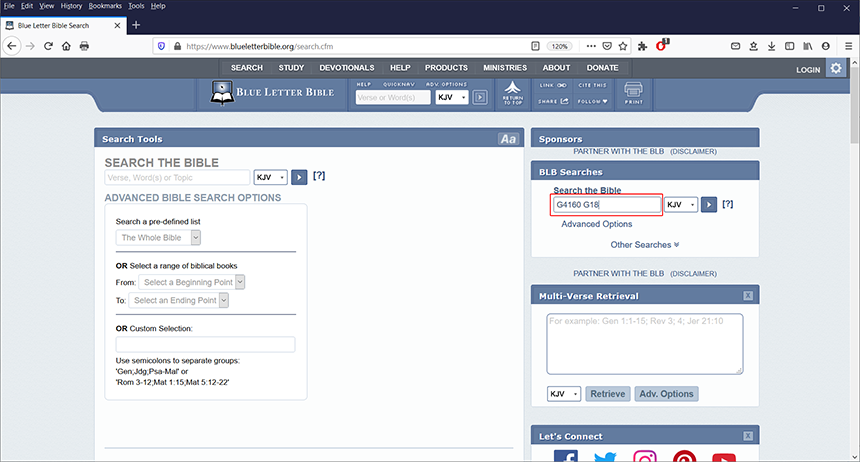 Note: Searching for “G4160 G18” is equivalent to searching for “G4160 AND G18.” The search results will only produce the verses in which these two terms occur together in the same verse (not necessarily adjacent to one another, though). You could, if you had the need, search for verses where at least one of the terms ocurred. You do this by separating the two search terms by OR, e.g., “G4160 OR G18.”

Then, the following results appear: 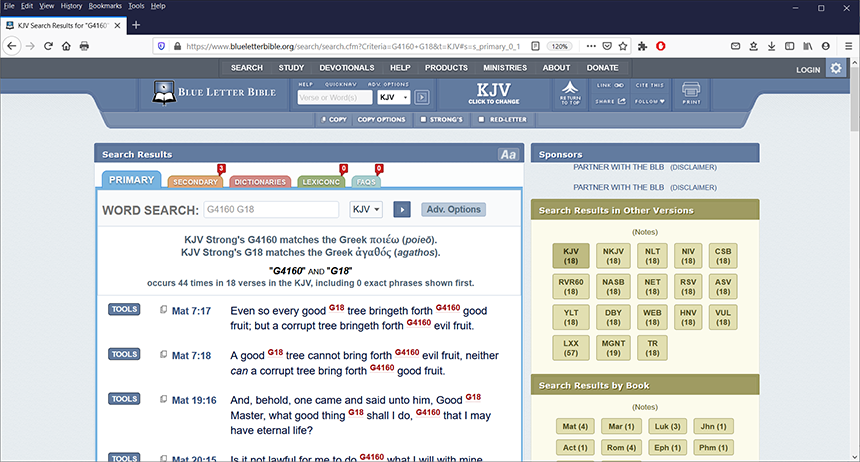 Not the answer you're looking for? Browse other questions tagged greek hebrew tools-of-biblical-studies or ask your own question.

14
How can I identify puns in the Hebrew Bible?
2
What tool or resource can I use to find a list of all the words that commonly co-occur with a word? (STRONG's)