Is the article at 2 Thessalonians 1:12 anaphoric? If not, what grammatical reasons deny it is?

Is the article at 2 Thessalonians 1:12 anaphoric? If not, what grammatical reasons deny it?

There are three reasons why the article is not anaphoric:

Specific Category
Wallace gives these instructions on using his chart: 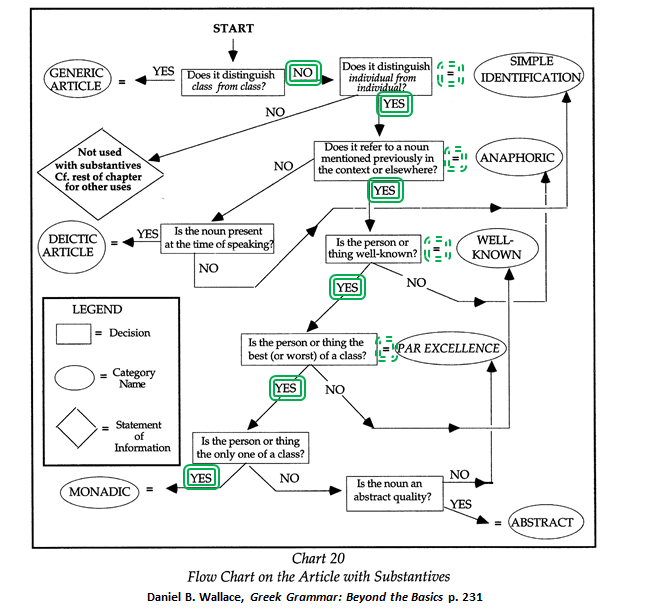 As shown, if the chart is to be used (in this case it shouldn't, see below), the article would be monadic, the only one of its class: literally, the God of us and Lord, Jesus Christ. This follows the use of "Lord" in the New Testament as a title never used of the Father and given only to Christ Jesus. In the New Testament letters, there is only one Lord, Jesus Christ.

The fact the article may also be "simple identification" or "anaphoric" or "well-known" or any other category does not remove it from its narrowest use.

In Greek, when two nouns are connected by καὶ and the article precedes only the first noun, there is a close connection between the two. The connection always indicates at least some sort of unity. At a higher level, it may connote equality. At the highest level it may indicate identity.2

Regardless of the precise relationship between the two nouns, the use of the article is not anaphoric. In fact such a conception is at odds with the purpose the article was used, namely to point the reader to understand the relationship with what "lies ahead."

God
For the New Testament writer, "God" is not the typical noun and the notion the article is anywhere used as an anaphoric reference for God, is inconsistent with a New Testament understanding of God. This may be seen by following how "God" is identified in the first verses of the letter:

After the initial "identification" Paul has two uses of "God" without the article:

since indeed God considers it just to repay with affliction those who afflict you,
(2 Thessalonians 1:6 ESV)

If the article with God is anaphoric, then what is meant when the article is not used? Which God will repay? Which God do those who not obey the Gospel not know? Unlike other nouns, "God" does not need the article to be identified, either at the beginning, end, or in the middle of a letter. In fact, the idea a writer would use the article to "remind" the reader of "which" God they are speaking about requires a polytheistic conception of "God" foreign to every New Testament writer. We can confidently say, that any text which is translated as "God" is understood as such in that text, regardless of whether it was written with or without the article.

Therefore, when used with "God" it is difficult if not impossible to see a New Testament writer using the article as an anaphoric device.

Is the article ο in ο θεός at 2 Thessalonians 1:12 anaphoric? If so, what is it's antecedent?

It is anaphoric to θεός at verse 1:1-2 which is its antecedent and anarthrous first mention.

2 Thessalonians 1:2 Grace (χάρις) to you and peace from God the Father and the Lord Jesus Christ

Grace is from the Father and Son in 2 Thessalonians.

2 Thessalonians 1:2 that the name of our Lord Jesus may be glorified in you, and ye in him, according to the grace (χάριν) of our God and [the grace of] the Lord Jesus Christ.

The verbal idea (grace) is carried over by the adjunctive και and/or ellipsis from the introduction. See this for another example. 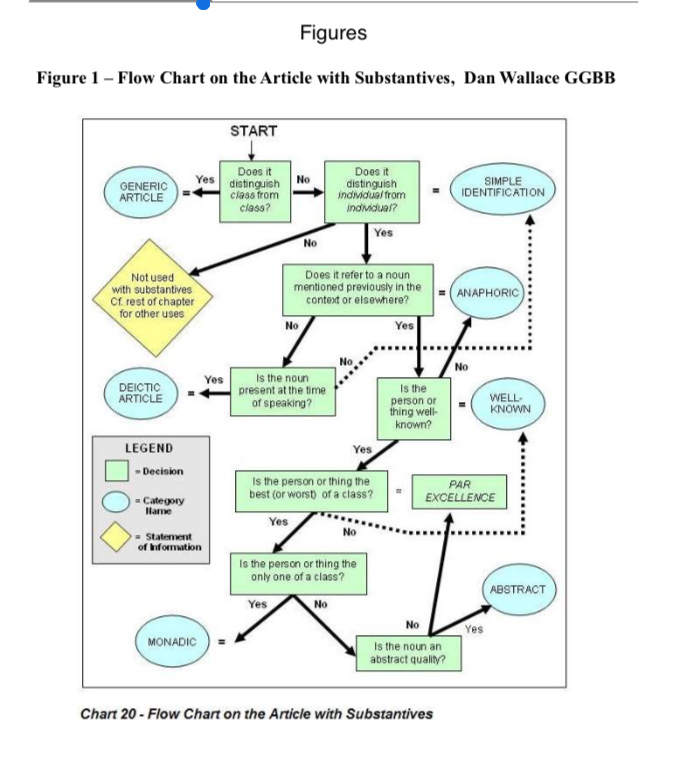 [a ] (1) SIMPLE IDENTIFICATION ExSyn 216–17 (a) Definition. The article is frequently used to distinguish one individual from another. This is our “drip-pan” category and should be used only as a last resort. Pragmatically, unless the article fits under one of the other six categories of the individualizing article or under the generic use (or one of the special uses), it is acceptable to list it as “the article of simple identification.”

There is no previous reference to any house, but in the background is the custom of praying on a housetop. Luke is simply specifying this location as opposed to some other.

When the articular substantive has an adjunct (such as an adjective or gen. phrase), the entire expression often suggests a monadic notion. If no modifier is used, the article is typically par excellence. Thus, “the kingdom of God” is monadic, while “the kingdom” is par excellence

-1
Since BDAG says "και" suggests a semantic aspect at Titus 2:13 that justifies that “our Great God” is the Father and not Jesus, is και adjunctive?
2
Is the article in 2 Peter 1:2 (του θεου) anaphoric to θεός in 1:1? If not, what grammar denies it?