Where is the correct number of men were found in Judah in both of below two choices answers?

I come accrossed this contradiction , just to read and I want someone to clarify me that :Five hundred thousand dosn't equal to Four hundred and seventy thousand

Such that the given answers of this question How many fighting men were found in Judah? had two differents answers in Bible and I didn't think if it is a translation because Four hundred and seventy thousand not equal to Five hundred thousand

On the number of fighting men in Judah, I would say both are correct, in different contexts. In mathematical terms you can think in terms of rounding and significant digits. Most scholars accept that biblical authors often rounded large numbers, but not always which leads to apparent contradictions like this one. See this link for another example of rounding.

The more difficult number is the number of fighting men in Israel mentioned in the same verses (800,000 and 1,100,000 respectively), but since the count wasn't completed in David's day, it is possible that the numbers in Chronicles represent the more precise results finalized after the time of David and the writing of Samuel. This would explain the higher numbers for Israel, and the slightly lower, but more precise estimate for Judah.

But I would not say this is a discrepancy but to a writing style. The reason I chose (B) is because it is from the Chronicles, a record kept by the king and country. It is more likely they would record the exact numbers.

The book of Samuel is a religious book kept by the church and prophets. They are less concerned about exact numbers and more focused on spiritual things. It would not be unusual even in our day to write only generally concerning the less important matters.

Also, the account in Chronicles shows that the census David called for was not finished. In 1 Chronicles 27 verse 23 says David did not count those below 20 years of age and in verse 24 we are informed that Joab did not finish the census.

The English Standard Version Study Bible makes these comments regarding the discrepancy between the numbers recorded in 2 Samuel and 1 Chronicles:

One possible solution begins by taking the 470,000 men in Judah as part of the total of "all Israel" and proceeds to notice that in 1 Chronicles 21:6 the Chronicler says that Joab's figures here were incomplete, for he did not include Levi and Benjamin in the numbering. Therefore, the census was unfinished, leaving the actual number of God's people uncertain, where the text again emphasizes that the numbers were incomplete.

See 1 Chronicles 27:23 where David did not count those below 20 years of age and verse 24 which says that Joab did not finish the census.

Does this descrepancy or inaccuracy in the numbers prove that the Bible is not the inspired word of God? For people who want to find fault they may see this as "evidence". For people who realise that the truth of God's word does not depend on the exactness of a census (with more than 500 years inbetween the two records) it is simply an enigma.

This is a textual discrepancy. Furthermore, the number is irrealistically high. Chronicles was written between 350-300 BCE, and according to Israeli archaeologists Magen Broshi and Yigal Shiloh, the population of ancient Palestine as a whole did not exceed one million in that era. Furthermore, not all of the population would have been Jewish.

The male and female birth rates in humans are identical - so that leaves 500.000 men of all ages and religions at best.

Today's percentage of children in the world population is around 25%. It would have been much higher in Hellenistic Palestine. With life expectancies of twenty to thirty, women would have to give birth to between 4.5 and 6.5 children to maintain replacement levels. Given the violent nature of the period (Alexandrian conquests), however, the birth rate would have needed to be higher than that baseline, at around 6 to 9 children per woman.

The Torah dictates a minimal age of 20 for military service (Num. 1:3, and Rashi and Naḥmanides). We can extrapolate from reliable data from a somewhat later age (the Roman Empire), taking into consideration that life expectancy would in comparison be lower: 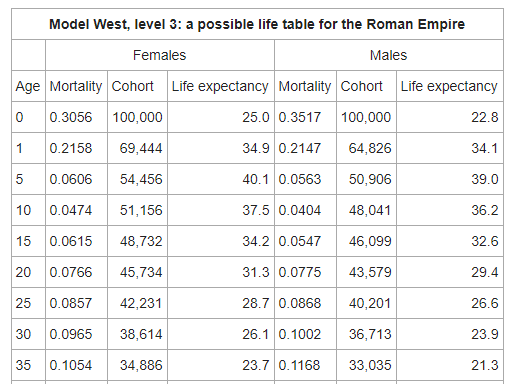 We can deduce that at least around 275.000 males would have been 10 or younger. Assuming a "conscription" age of 20, that would leave at best 175.000 for the entire region, again still including all religions and not just the Jewish population. We know that there was a considerable Samaritan, Egyptian, Greek (Ptolemaic and Alexandrian Empires) and Phenician presence around 350 BCE.

Given that Judah comprises 30% of the Ancient Palestinian geographic area with cities, 50.000 Jewish men aged at least 20 years would be more realistic for that era. Perhaps not surprisingly, the difference is a factor of ten. Historical philologists have encountered the same systematic rate of exxageration in Jewish folk tales (Eliach 1982; Mintz 1968:356-79.)

Not the answer you're looking for? Browse other questions tagged judaism 1-samuel 2-chronicles or ask your own question.

22
Who named the wrong priest in Mark 2:26?
7
Missing or incorrect genealogy information for Samuel?
5
How to reconcile Mark 2:25-26 with 1 Samuel 21:1-5?
2
In Isaiah 7:3-7 why does the prophet Isaiah promise Judah that Ephraim & Syria will not attack & prevail against it?
2
Why were the troops of Ephraim in 2 Chronicles 25 angered by their dismissal despite being fully compensated?