Are there any variant readings of Titus 2:13, possessing at least one of the following three characteristics ?

I see that there are slight variations but nothing major.

To your point: a definite article placed immediately before the term Savior

I found entries in the BDF grammar which also cites Winer-Schmiedel Grammatik in my research that are omitted from Wallace's treatment on the subject even though he quoted part of the same reference, the part he felt supported him, the AT Robertson citation.

Here is BDB followed by comments as cited in my paper.

The significance of this is that according to the BDF grammar that Wallace frequently cites, in Titus 2:13 and 2 Peter 1:1 it is not necessary for the article to be present for the second term to be considered definite.

Here is Winer-Schmiedel Grammatik in German. 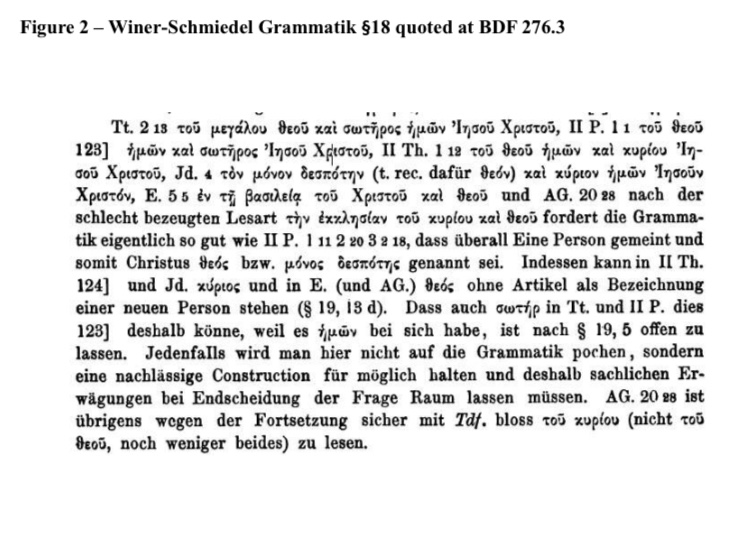 Not the answer you're looking for? Browse other questions tagged textual-criticism pauline-epistles manuscript historical-criticism titus or ask your own question.

8
Doesn't Titus 1:12 show that apostle Paul promotes racism?
13
What evidence suggests that Paul was not the author of Titus?
6
Of Titus and Old Men
2
Who planted the assembly in Rome to whom Paul wrote "Romans"?
3
Where should the pronoun ἡμῶν (our) be placed in Titus 2:13?
6
How to understand Titus 3:9?
3
The logos in Titus 2:5