Do the Dead Sea Scrolls argue against Aramaic primacy?

One of the arguments for Aramaic being the original language of the New Testament is the theory that Hebrew was replaced by Old Aramaic as the vernacular language in Judea following the Babylonian captivity. We can be fairly certain that Jesus and his earliest followers spoke Aramaic, but we only have circumstantial evidence that they spoke Hebrew.

Meanwhile, the Greek text of the New Testament and other early Christian writers suggest that Jesus' followers also spoke Greek. However, we read in Papias that Matthew's gospel was translated into Greek. Since Aramaic and Greek are very different languages, we might expect that the first disciples (who were mostly provincial Galileans) would not have been able to acquire the level of Greek needed to produce the Gospels in that language.

The Aramaic Primacy argument seems to hinge on the theory that polyglots were rare in Judea during and shortly after the time of Jesus. If Jesus certainly spoke Aramaic and if his followers also spoke Aramaic and if the New Testament was written by first- or second-generation followers, the language they used must also be Aramaic.

However, the Dead Sea Scrolls argue against that theory because they were written in Hebrew, Aramaic, Greek, and Nabataean. Doesn't this show that the population in ancient Judea was almost as multilingual as modern Israel? 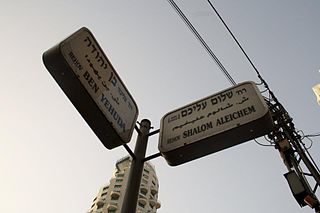 Dating of the Dead Sea Scrolls is done by a variety of methods. Obviously, any individual scroll can be no older than the youngest component used in that scroll. However, no scholar dates the majority of the scrolls in the second century. In fact, the vast majority of the scrolls, based on the methods below for both material and composition, date from the BC era.

Even though a piece of linen from the caves gave a date range of 167 BC to AD 233, tests on the scrolls themselves gave different results. These tests give a date range for the material used. It can only give a range because the isotope tested for absorption and release fluctuates during the year. The test must be calibrated. The results in the column are given with a 95% accuracy. That is, the odds are 95% that the scroll was made in that date range. Some of the ranges are quite large, spanning centuries.

By examining the handwriting of the scrolls (which is the same as time of composition), dates were given between 225 BC and AD 50. These dates were determine by size, shape, and style of the text. That is, over the centuries, certain letters were done differently. While the chart at the link shows the major changes over time, it leaves out some of the minor changes (for example, it leaves out the crowns variant that was popular during part of the Aramaic Square period). Radiocarbon dating of these same fragments estimated the dates of the material used between 385 BC and AD 85.

Conditions of the Find

Even though there are a few dissenting voices as to the identity of the authors (as to what group they belonged to), almost all scholars recognize that the scrolls were written by the Essenes. The scrolls were found in caves and earthenware jars and some of them had been damaged by the Roman armies the Essenes fled from (a lance strike slashed one of the scrolls). This flight took place ca. AD 68. Qumran was abandoned after that. As word of the approaching armies came, the scrolls were placed in earthen jars and hidden in the caves. This was all done around the time of AD 68.

Contents of the Scrolls

That the scrolls were written by the Essenes is the conclusion of the majority of scholars. Handwriting analysis of the scrolls from the caves and other documents found at the Qumran settlement itself show that the places are linked.

Jesus refers to a document known only from Qumran (War Between the Sons of Light and the Sons of Darkness commonly known as War Scroll) when he taught "While you have the light, believe in the light, that you may become sons of light" (John 12:36). Mainly from references within the text of the scroll itself, scholars date War Scroll ranging from the second century BC to the early decades of the first century AD. The range depends on if the weapons and tactics described are Roman (dating 65 BC to AD ~5) or Seleucid (second century BC).

Some of the scrolls contain material that helps in dating them. For example, 4QMMT contains a list of differences and agreements between the Essenes and both the Pharisees and the Sadducees. One section even takes the form of a letter. This scroll is in Hebrew and respectfully addresses an individual with warnings to remember the "blessings and curses" that befell the Israelite kings. The recipient is almost certainly a Hasmonean King as they were the last native dynasty to rule over the Land. It was established as fully autonomous by Simon Maccabeus ca. 140 BC (though the dynasty had been ruling under the allowance of foreign kings since the mid 160s) and lasted with various levels of autonomy until the Herodian Dynasty (a family of Edomites) finally took control in 37 BC.

A section of this scroll may even be from the founder of the community, The Teacher of Righteousness, to the Wicked Priest (hypothesized to be the Hasmonean Jonathan Apphus). Jonathan Apphus ruled as High Priest beginning in 153 BC.

Remarkable amounts of evidence from various methods date the scrolls as composed between 225 BC and AD 50 (though material composed after AD 30 is copies of prior material, no new material [such as Pesher] is composed after that). The destruction of the community in AD 68 or shortly after also gives an upper bound to the scrolls composition.

As the scrolls are written in the first century and before in Aramaic, Greek, and Hebrew (the majority), yes, they show that all those languages were known among the people of Israel.

We tend to think of the Dead Sea Scrolls as having been left behind by the Qumran community, which was disbanded about 70 CE. However, some letters discovered in these caves date from around 135 CE, the time of the Bar Kokhba revolt. With two exceptions, these were all written in Aramaic. Since they were letters, and not religious documents, this should tell us that the language of everyday use was Aramaic, not Hebrew and certainly not Greek. The two exceptions were written in Greek. One explains, “The letter is written in Greek as we have no one who knows Hebrew [or Aramaic].” In other words, these exceptions existed because the only literate persons with Bar Kokhba at that time were diaspora Jews or non-Jews.

As for the earlier texts, they seem to have included documents gathered from outside the Qumran area, and the LXX does seem to have been influential on the community's thinking. I think that this influence suggests that this community does not reflect the broader Palestinian Jewish use of Greek. The presence among the scrolls of religious documents in Hebrew is not informative, any more than the presence of religious documents in a Catholic church would suggest everyday use of Latin. There are also some Hebrew secular documents among the scrolls, but this need not overturn the view on Aramaic primacy in the broader community, as the Dead Sea community was a highly reactionary sect and therefore might have sought a return to Hebrew usage.

It has been convincingly demonstrated that Matthew's Gospel was based on Mark's Gospel, and contains many passages written in the same, or almost the same, words in the Greek language. It was therefore not originally written in Hebrew or Aramaic. This and the fact that the New Testament gospels were all written anonymously, support the scholarly view that all the gospels were written outside Palestine and are therefore not guides to the primacy, or otherwise, of Aramaic. I could go through each of the non-Pauline epistles and explain why they were not written by the apostles to whom they were attributed, and therefore show that there is no reason to attribute multilingual abilities or even literacy to any of the disciples.

Messianiac speaking Jews and Muslims of the Moses Cathoxnos or Greek Speaking Catholics Order do not understand how to translate, write, or calligraph any type of Aramaic or Hebreou-Arameac Anti-Semite or Anti-Samaritan Dead Sea Languages because they were too pre-occuppied with occulididty and speech recognition vox humana which is (Rex Lutheran) in nature. And there are still present day egyptologists and archaeologists,anthropologists that still seek to study languages of post-syria, post-babel and yet have no direction of which to go or follow because they still only follow their indigeous primal behavior,sense,instinct.

Not the answer you're looking for? Browse other questions tagged history dead-sea-scrolls aramaic-primacy or ask your own question.

49
What language did Jesus commonly speak?
9
Is the Son of Man passage in Matthew 25 a reference to 1 Enoch?
2
In which language was the name "Jesus" written and how was it pronounced in Matthew 1:1 first?

8
Why are the Dead Sea Scrolls (DSS) significant?
11
How reliable are the Dead Sea Scrolls as a base to compare against the Masoretic text and the LXX?
9
What portions of the New Testament are purported to have originally been written in Aramaic?
21
What arguments exist that would refute the theory concerning Aramaic primacy of the New Testament?
13
Is there a break between Isaiah 39 and 40 in the Dead Sea Scrolls?
3
How is the word "ἐπιούσιος" translated in the Syriac Peshitta, and what is the significance of the word(s) chosen?
0
In the Dead Sea Scrolls, for Genesis Chapter 18, do we have no more than 5 or 6 verses?
1
Additional 1 Samuel in the dead sea scrolls
2
Can we determine from the text/context in what language Peter preached his sermon at Pentecost (Acts 2:14-41)?