How do I use the English index in Gesenius's Hebrew and Chaldee Lexicon?

While trying to search the word angel, I've gone to the English index and, associated with angel, could read the following 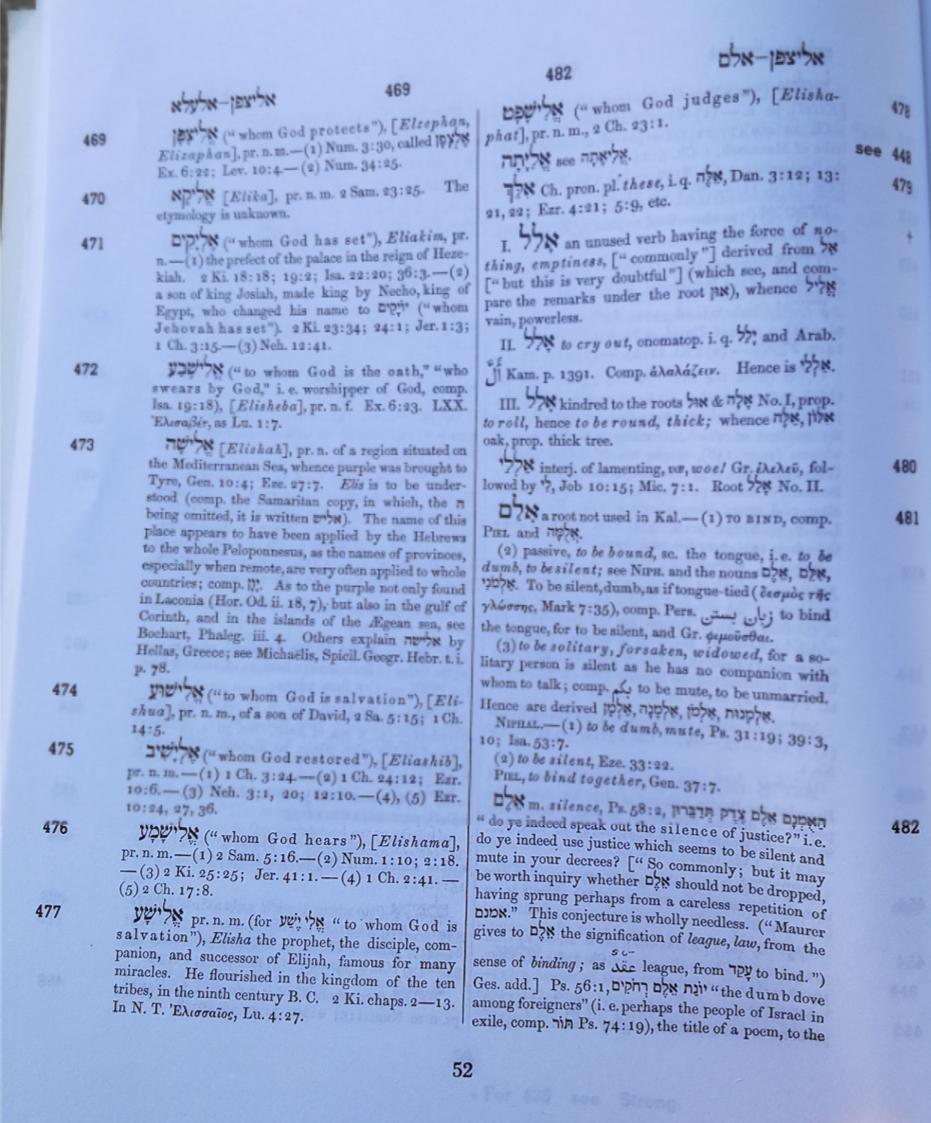 There's both page numbers and side numbers.

One other way I could think of was to go to biblehub and found the word for angel is malak, ū×ųĘū£ų░ūÉųĘūÜų░. From here, tried to find the word but it's hard to spot it manually in the middle of all the words with no understanding of the language. One thing I've noticed is that from page to page the words keep the same last characters (reading from left to the right). This didn't take me anywhere yet.

What can / should I do to find the information about angel in a more efficient way?

In the first image, it says,

This means that the equivalent Hebrew word(s) for the English word ŌĆ£angelŌĆØ will be located on p. 49 of the lexicon, left column (i.e., column A), as well as on p. 475, also on the left column.

So, going to p. 49, left column, what Hebrew word do you find that corresponds to the English word ŌĆ£angelŌĆØ? My guess would be ūÉū£ūöūÖūØ. LetŌĆÖs see.

Using TregellesŌĆÖ English translation (1860) of GeseniusŌĆÖ lexicon (see References below), going to p. 49 (XLIX), left column, we find mention of ŌĆ£angelsŌĆØ under the word ūÉų▒ū£ūĢų╣ūöų╝ųĘ (eloah), and then under the section for ūÉų▒ū£ų╣ūöų┤ūÖūØ (elohim): 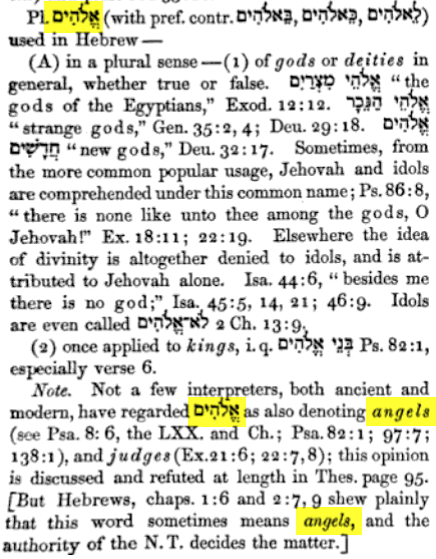 And, on p. 475 (CCCCLXXV), left column, I am sure we will find the Hebrew word ū×ū£ūÉūÜ (malakh) which is the Hebrew word most often translated into English as ŌĆ£angel.ŌĆØ 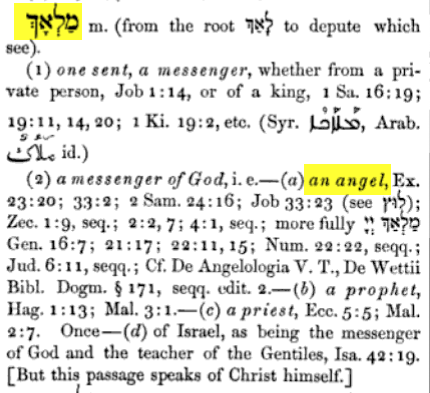 Not the answer you're looking for? Browse other questions tagged hebrew angels tools-of-biblical-studies or ask your own question.

14
Comparison of English word "fool" in original Hebrew and Greek
6
English Bible translations based on the Vulgate
3
Is the best translation for the Hebrew "r─ōa╩┐" the common English "neighbor"?
0
Best Septuagint, Masoretic, and Aramaic texts into one English version?
11
Hebrew translations of the Aramaic Texts
3
What are the differences between a bible encyclopedia and a bible dictionary? Why would someone use one versus the other?
8
How should the Hebrew ŌĆśehyeh asher ehyehŌĆÖ in Exodus 3:14 be translated in English and what does it mean?
0
Strong's Hebrew: 8328. ū®ų╣ūüų½ū©ųČū®ūü (shoresh) meaning and use