The record in Kings - I Kings 7:22 and 26 - of 'lily work', on the top of the two pillars, Jachin and Boaz, in the temple that Solomon built, uses the Hebrew word shoshan (as noted by Robert Young in his Analytical Concordance).

A slightly different word, shushan, is used in the same chapter, regarding the chapiters on the tops of those same two pillars, shushan beng translated 'lily' or 'lily work', I Kings 7:19.

(I notice that this word is also the name of the city, Shushan, upon which the book of Esther is focused, where was the throne of the King of Persia, Ahasuerus.)

However the record in II Chronicles 4:5 regarding the work on the brim of the molten 'sea' in the same temple uses the word shoshannah, also translated 'lilies' or (I am uncertain of the exact word for word rendering) 'flowers of lilies'.

The reference in Biblehub (Strong 7799)to the Hebrew gives only one word שׁוֹשָׁן and then a mixed translation ("shushan or shoshan or shoshannah").

Can anyone give me some help with the Hebrew wording as to why it is different in these passages and as to the real meaning, whether 'lily' or a generic meaning of 'flower'. Or, perhaps, does the word mean 'wild flower', that is to say an un-cultivated flower ?

As regards the ‘slightly different word[s]’ you mention, we have to remember that some of these differences were so viewed by the medieval Masoretes and not from the Hebrew text itself.

Moreover, since the two ‘different’ terms refer to the one and same object (the dual set including the two pillars called ‘Jachin’ and ‘Boaz’) is altogether nonlogical to differentiate graphically (as the Masoretes did) the same original term!

Secondly, the presence/absence of a waw between the two šin (of the term at issue) – on the other part - does not point a ‘different word’. In a lot of occurrences many Hebrew nouns are worded with or without an inserted waw between some consonants. A couple of examples:

1 לוט (Isa 25:7), לט (Rut 3:7). Here, both wordings refer to a noun or action related to ‘to veil, to cover’. See how the Hebrew copy of Isaiah maintains the inserted waw in his noun, whereas the Hebrew copy of Ruth utilizes the form without the inserted waw (from my viewpoint – however – the variant with an insertion of a waw points, originally, a more ancient wording);

Regarding the meaning of the term at issue the scholars do not agree.

Personally, I’m convinced that this term derived from the basic meaning of ‘six’ (שׁישׁ or, שׁשׁ). And, since all the ancient translations point to a scented flower as the lily, this mine supposition could be correct.

Interestingly, the vast majority of the lily’s families possess the characteristic to have 6 ‘petals’. So, since the ‘molten sea’ too had this flower form, we may easily imagine the ‘flower-cup’ of the Molten Sea (probably, with an oversized proportional width, compared to that of the natural lily) supported by the 12 bulls beneath it.

Maybe, there was some space between the ‘petals’ (as, for an example, the species Lilium Concolor, see the picture below), allowing the Levites to run/fill up – regularly - the huge basin (using – probably – a ladder, or another ladder-like device). 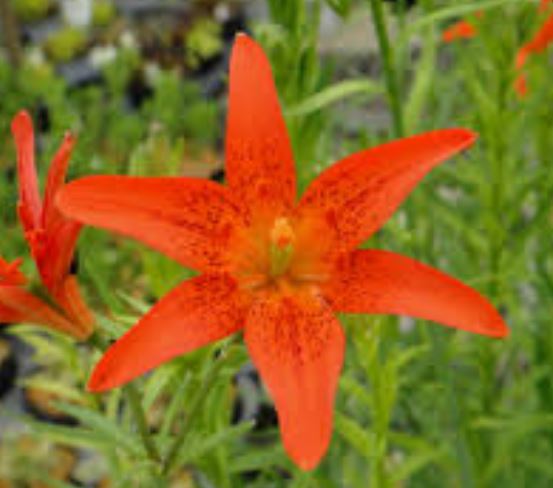 I hope this few notes will be useful for you.

Not the answer you're looking for? Browse other questions tagged hebrew 1-kings or ask your own question.