In David's curse of Joab in 2 Samuel 3:29 what is intended by "takes hold of a distaff"?

"May it fall (whirl) on the head of Joab and on all his father’s house; and may there not fail from the house of Joab one who has a discharge, or who is a leper, or who takes hold of a distaff, or who falls by the sword, or who lacks bread.” 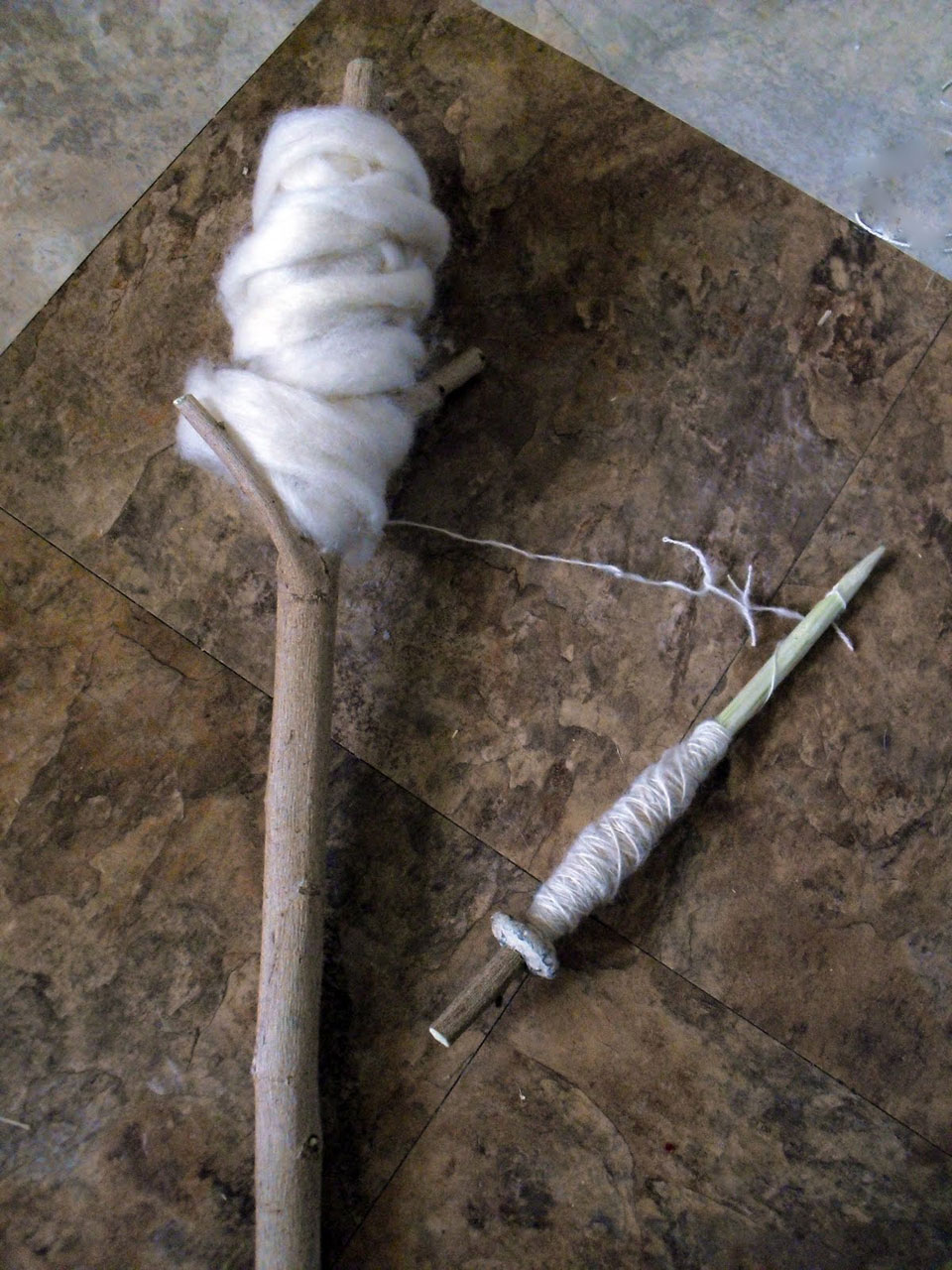 David discovers Joab has treacherously killed Abner, and pronounces this curse on Joab's house. The REST of the curse is apparent to me, but I'm not sure exactly what bad thing David was pronouncing here.

This was my scheduled study for yesterday, and the term was so strange to me that I went back and searched for the history of the conflict:

My reading of background

Abner was Saul's cousin, and the commander of his armies. Although David taunts him for not protecting Saul, it was divine intervention that put the camp to sleep; otherwise, Abner is appropriately loyal. He places Ish-bosheth, Saul's son, on the throne after Saul's death, and serves him until accused of going in to Saul's concubine (and it's not clear to me that he really did that). Then, he preps to hand the entire kingdom over to David, and has a peace meeting with him.

In the course of the civil war, he kills Joab's brother, but it's a clean combat kill, and he tries to avoid it. But that's the reason Joab kills him, DESPITE knowing that David has made peace with Abner.

My research on 'distaff'

Searching only in English, and only in NASB, I find two references to 'distaff.' One is this verse; the second is in Proverbs 31;19, where it is used as an example of the work of the excellent wife.

I'm not a scholar, but I am aware of the passage which prohibits wearing the other gender's clothing.
I wish I had better knowledge of the Scriptures that would inform me if the prohibition extends to "women's work" for men.

We use 'the distaff side' to refer to things pertaining to women.

What is this a euphemism for?

Or could it just mean 'poverty,' if spinners were poor folks?

The "distaff" part of David's curse is still a subject of speculation1. There are two suggestions supported by scholarly research.

The Wikipedia article for distaff explains that it is a term for a spindle used for holding the fiber which is to be spun into thread or yarn.

The Wikipedia article also notes that distaff is used as an adjective to denote the matrilineal branch of a family, the horse race with only female hoses, and the Women's division of the mixed-martial-arts organization EXC. That is, "distaff" is use at least in English to designate something feminine.

In Proverbs 31:19 distaff is the direct object of the verb תָּמְכוּ, meaning they support or the hold. In II Samuel 3:29 however, distaff is part of a noun phrase with the verb is מַחֲזִיק, to hold or to grab, resulting an a phrase "spindle holders" or "staff holders".

With regard to the ideal wife in Proverbs 31:19, supporting the distaff is clearly a virtue, but in II Samuel 3:29 being a "spindle holder" is a curse. To understand this we need to look more closely at the verbs.

So, the interpretations, both of which see "distaff holders" as a euphemism or symbol are:

The first interpretation, that "distaff holder" is a euphemism for a cripple who requires a crutch, is consistent with word "agad" ("staff") used to translate פלך in the Aramaic Targum attributed to Onkelos. In addition, the verb תָּמְכוּ ("support") used in Proverbs suggests that the distaff, as well as being supported, could itself provide support, i.e could be used as a crutch or cane. The commentaries that support this interpretation do not provide any further justification.

In support of the second interpretation, that "spindle holder" is a derogatory euphemism for an effeminate or homosexual individual, is the fact that all of other terms in the list are similarly derogatory:

Note how politically incorrect this verse is today. And note how the commentary and translation traditions, starting way back with the LXX and Onkelos and continuing to the latest, have sought to exorcise the profanity of this verse (and also the shock value many other verses dealing with genital secretions, lepers and prostitutes of various sorts), by providing more palatable interpretations in order

Contrast this curse with the more civil curses in Joshua's curse of Gibeonites in Joshua 9:23 and Noah's curse of Ham in Genesis.

It doesn't appear to be a euphemism. The word translated distaff here (Strong's Exhaustive Concordance) is from an unused root meaning to be round, hence a circuit, spindle or crutch. It appears 10 times in the Old Testament and is translated as district (or circuit) 8 times in Nehemiah. Once, in Proverbs it is translated as spindle and the KJV has it, in 2 Samuel, as leaneth on a staff.

This seems most in keeping with the rest of the curse: Let there always be someone with an unclean issue, a leper, a cripple, a suicide, or hunger.

If you are looking for an interpretation that's loyal to the text and preserves the spindle translation as the true one (from your OP it is evident that you favor that one), then you have one in the IVP Bible Background Commentary, p. 326:

The word the NIV translates "crutch" has now been identified from Ugaritic and Akkadian as the word for "spindle" or "distaff". The phrase used here was the common description of a woman involved in menial tasks. A Hittite oath of a soldier, if broken, would result in the loss of manhood. The oath describes this penalty in terms of the violator holding the spindle and mirror. This second curse then threatens Joab's house with decreased virility.

I don't know why the author would identify the Hebrew word פלך from Ugaritic and Akkadian as referring to spindle, when there is abundant biblical evidence to support that. In Mishanic Hebrew this word also comes up a lot in the context of Woman's menial tasks, and is conventionally translated as spindle. In any case, I think the Hittite evidence strongly supports this reading, especially in this case that it reads like that naturally. See also the Cambrdige Bible Commentray.

Not the answer you're looking for? Browse other questions tagged hebrew word-study david curses joab or ask your own question.