The famous passage spoken by Jesus unto Peter reads: “Satan hath desired to have you, that he may sift you as wheat: But I have prayed for thee, that thy faith fail not: and when thou art converted, strengthen thy brethren.” - What does that mean? (Lk 22:31-32)

I’ve read the manner from that point till Acts before and you don’t see any references to any type of spiritual advances that are pointed out in contemporary Christianity. (Such as spiritual attacks or war against evil spirits)

1.)Was this all a figurative sense of what the Jews and Roman oppression were against the New Found Christian Church or upon him as an individual?

In Matthew 16:18 Peter was described as the rock on which Jesus was going to build his church, only a few verses later we see Satan trying to attack Peter's thinking, shown by Jesus rebuking Satan and not directly Peter.

Later after Peter's denial of Jesus, and after the resurection, Jesus re-commissions Peter (John 21:15-17). Peter gave the first sermon of the early church (Acts 2) and is prominent in the book of Acts as one of the main leaders.

Some examples of others being specifically targeted for spiritual attack by Satan:

Peter also says in 1 Peter 5:8 that the devil prowels around seeking who he can devour (paraphrased).

Satan doesn't want God's kingdom to flourish, so if he used some of the Jewish community and Roman oppression against the early church this would not surprise me, but I think that in Luke 22:31-34, Jesus was speaking specifically to Peter, and we are able to learn from it and apply the learning today.

When I first tried to picture this, what came to my mind was something like this: 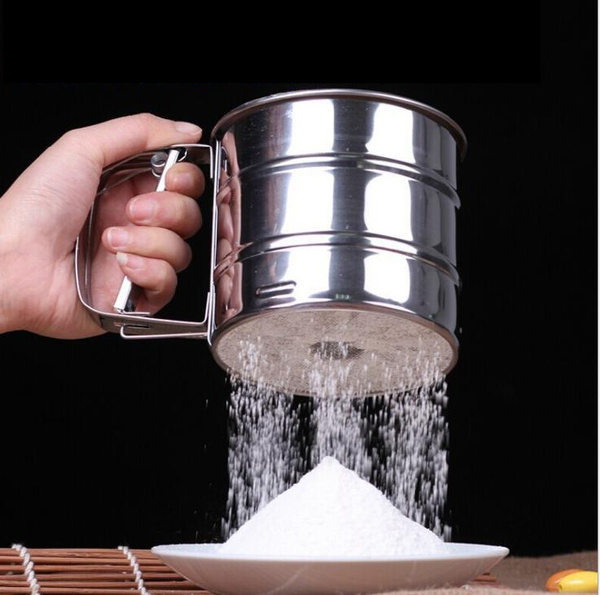 This action performed on poor Peter would have been the death of him!

Then I realized that this is probably anachronistic thinking. What this probably referred to was "winnowing": 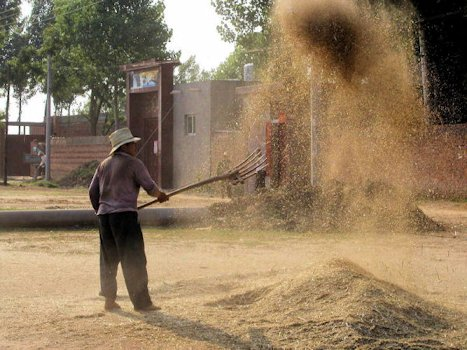 In this practice, the husks are separated from the grains of wheat and are driven away by the wind. When Jesus appeared, he already had his winnowing fork in his hand, as he was a-fixin' to do some winnowing:

[Mat 3:12 NKJV] (12) "His winnowing fan [is] in His hand, and He will thoroughly clean out His threshing floor, and gather His wheat into the barn; but He will burn up the chaff with unquenchable fire."

If I am correct about this, then the Satan was well intentioned, or pretended to be, acting on God's behalf, as he was wont to do in the few times he appears in the Tanach. The wheat being relieved of the chaff would be a good thing.

Also, the Satan seems to be charged with distinguishing the wheat from the chaff. There seems the possibility that God had the Satan in the garden to test Adam and Eve's loyalty as we also see in the case of Job. The Satan asks Jesus, "IF you are the son of God..." and poses tests that would show Jesus to be wheat or to be chaff:

There may also be a sense in which the Satan's testing has the effect of separating the faithful's life from an indulgent lifestyle:

[1Pe 4:1 NKJV] (1) Therefore, since Christ suffered for us in the flesh, arm yourselves also with the same mind, for he who has suffered in the flesh has ceased from sin,

It is also important to note that David being moved to count his army is ascribed both to God and to the Satan.

Whether the Satan (adversary) is a demonic figure or a human adversary is usually ambiguous, and is not explicit. Most take this to relate to the incident where Peter comes into danger from the Jews and Romans in the courtyard, and attribute it to the behind the scenes work of "that serpent of old". Perhaps that behind the scenes idea is not the point at all.

In 1 Peter 5:8 is "your adversary, the devil" a reference to persecuting Jews in cahoots with Rome?

Not the answer you're looking for? Browse other questions tagged word-study jesus hermeneutical-approaches or ask your own question.

1
In 1 Peter 5:8 is "your adversary, the devil" a reference to persecuting Jews in cahoots with Rome?