Is the binding of the prophet figurative in Ezekiel 3:25?

[25]As for you, son of man, they will put ropes on you and bind you with them so that you cannot go out among them.

Could it be this ropes are figurative?

And you, son of man, behold, they shall put cords upon you, and they shall bind you with them, and you will not go out among them. 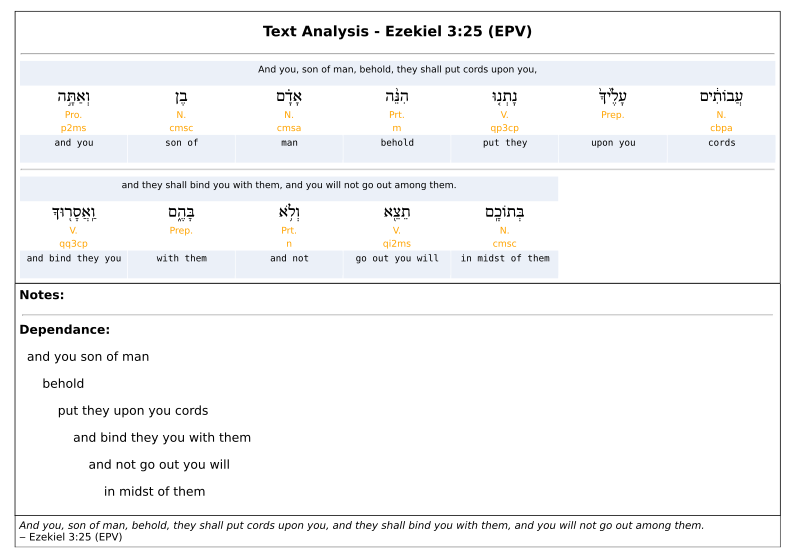 In Ezekiel 4 God tells Ezekiel to construct a diorama of the siege that is to come upon Jerusalem, saying in verse 8 (as I understand the Hebrew):

And behold, I shall put cords upon you, so you will not turn about from one side of you to the other until you finish the days of your siege. 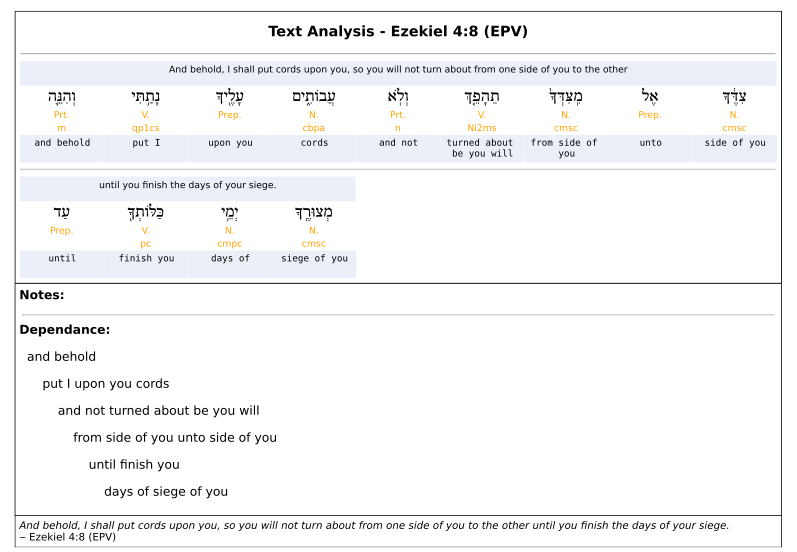 God says in Ezekiel 4:8 that HE will bind Ezekiel with cords, but this will be done via the agents (THEY) that were mentioned previously in Ezekiel 3:25. Ezekiel was to remain bound for יְמֵ֥י מְצוּרֶֽךָ, i.e. "the days of your siege".

It should be noted that the "days" (יְמֵ֥י from יוֹם, Strong's H3117 - yowm) mentioned here are most likely the daylight hours, rather than 24 hours. The purpose of Ezekiel's "siege" was the depiction of what was coming upon "the children of Israel", not the torture of God's prophet. Besides, Ezekiel was instructed concerning cooking and drinking, which he could hardly undertake while bound.

The cords of Ezekiel 3:25 are literal, and were deployed by agents in God's service who would assist Ezekiel in his modelling of the days that were soon to come upon the children of Israel.

Not the answer you're looking for? Browse other questions tagged prophecy ezekiel or ask your own question.

11
Was Ezekiel 37 understood as a prophecy of a literal Resurrection?
8
Is Ezekiel a reluctant prophet?
5
Did Josephus misinterpret Ezekiel 12:13?
7
Why is the role of the “prince” so muted in Ezekiel 40-48?
7
Did the magic wrist bands made by the false women prophets in Ezekiel 13:18 actually work?
12
Ezekiel 14:14 speaks of Daniel (in modern translations), is this the same Daniel of other scriptures?
5
Did Ezekiel warn the just in Ezekiel 3:20?
5
Who is the Pharaoh of Ezekiel?
3
In Ezekiel 4:9-13 what is the significance of eating defiled bread for 390 days?
4
Did God “change His mind” in Ezekiel 4?