Repeatedly in Ruth (e.g. 1:2, 1:3, 2:1...) and in I Samuel (21:1, 21:6, 21:8, 22:9), the LXX (in all printed critical versions, although some manuscripts correct this, see here for details) as well as Josephus, Antiquities 5:9:1 and 6:12:1 (who may have relied on the LXX, but that is a separate question) replace other similar Hebrew names with Abimelekh. In the MT and other early versions, the name of the character in Ruth is Elimelekh, and the name of the character in I Samuel is Ahimelekh.

It is highly unlikely that this is based on a different Hebrew source (as has been suggested a few times, see for example the top of page 240 (really page 2) here), as there would have to have been a harmonization to all of the instances that the name appeared in both books, not to mention that we have no other textual evidence to support such a theory (certainly in Ruth, I haven't checked I Samuel).

It is equally unlikely to be an error in the Greek, because of the magnitude of change (two letters that look nothing alike, rather than only one similar letter in the Hebrew), as well as the above concern of having to harmonize across multiple verses, so it seems intentional.

Schipper (here) suggests that it is because it is a more common name, but that too seems unrealistic - are there any other instances in the LXX where we see that an uncommon name is replaced with a more common one?

So, I pose the question: Why does the LXX translate Ahimelekh and Elimelekh as Abimelekh? Feel free to post your own answer or defend any of the above options. (I have my own idea, but again, I'm interested to see other approaches.)

Overview
αβιμελεχ and αχιμελεχ are transliterations whose meanings in Greek are simply the names Abimelech or Ahimelech. However, a translator would also continue to know the original meaning behind each name:

The misuse of these names is found in Ruth, 1 Samuel, 1 Chronicles, and Psalm 52. However, only in Ruth is the use of the "wrong" name consistent. Elsewhere the treatment varies: sometimes Ahimelech is rendered as Abimelech, others it is unchanged, and Abimelech is almost always rendered correctly, yet once it is rendered as Ahimelech.

Elimelech
Since there is no satisfactory textual explanation for the anomalies, I see the most plausible explanation that the translator intentionally changed the name (or title - see below) to Abimelech.

There are reasons a translator might see this as both necessary and acceptable:

I suspect both reasons entered into the decision. Any attempt to correctly write "Elimelech" will raise the issue of how to do this in a way that could not be construed as misusing the name of God. Also Boaz, whose exact ancestral connection to Elimelech is never explained, is the key figure, regardless of how Naomi's deceased husband is identified. Finally, the death of Elimelech and his sons lessens the need to correctly record his identity.

As shown below, both αβιμελεχ and αχιμελεχ are used, suggesting a translator had a choice between either when addressing the issue inherent to the name Elimelech. The Hebrew meaning seems to be the determining factor in choosing to use Abimelech over Ahimelech. It is Boaz who is asuming the role of Mahlon's brother when he marries Ruth. Calling Elimelech, who is Mahlon's father, αχιμελεχ, (My brother...) misstates his familial relationship. Thus, αβιμελεχ (My father...) is the wrong name yet better embodies Elimelech's relationship to Boaz within this narrative.

Abimelech
The anomalous use of the name Abimelech is not limited to Ruth; elsewhere it is used selectively to replace Ahimelech. While it is possible to see these as scribal or manuscript errors, if Elimelech was purposely changed, it seems prudent to consider whether all changes should be viewed in that light.

Here is a comparison of the names in those books where the treatment is inconsistent:

As shown, in these books there is one "translation philosophy" which if followed will explain most of the decisions on how a name is to be recorded:

Behind the Greek αβιμελεχ and αχιμελεχ is the meaning of "My father is king" or "My brother is king." However, αχιμελεχ is not simply a name, it is a concept within the Law:

The LXX is most selective on how Ahimelech, "My brother is king" is used. That name is reserved for individuals who served David as sole king of Israel. That is, for the LXX translator αχιμελεχ not only transliterates the name Ahimelech, it conceptualizes "One from among your brothers you shall set as king over you." It is a word which represents the hope of all living in post-exilic times: the Davidic Covenant will be fulfilled and David (their "brother) will rule over the kingdom of Israel.

Here are the two places in which this "rule" was not followed:1

Pertaining to Dauid. When he changed his face before Abimelech, and he let him go, and he went away. (Psalm (33)34:1) [NETS]

And Dauid said to the priest, Abiathar son of Achimelech, "Bring the ephoud." (1 Samuel 30:7) [NETS]

In the first, Abimelech likely was alive when Saul died. However, the decision to make an exception to the rule can be justified if the translator understood Abimelech as Achish (1 Samuel 21:10-15), the Philistine king who would not meet the criteria of a brother. Some see the Psalm's use of "Abimelech" as a royal title not a proper name:

The psalm heading names the king Abimelech, not Achish, suggesting that the tradition is confused on this point. However, perhaps “Abimelech” was a royal title, rather than a proper name. See P. C. Craigie, Psalms 1-50 (WBC), 278.2

In fact, that is how Abimelech is consistently handled throughout the LXX: it is a royal title given to those like Elimelech who are not in the position to say of David, "My brother is king."

The one clear violation of the rule occurs in 1 Samuel 30:7 where Abiathar is correctly identified as the son of Ahimelech, who Saul had killed. This exception could be deemed necessary to ensure Abiathar's correct ancestry is preserved somewhere in the narrative.

Conclusion
The decision to change Elimelech's name, which likely was done of necessity creates ancillary ripples in the flow of Israel's history as it is presented as a Greek narrative:

I don't know for certain why the LXX writers replaced both "Ahimelech" and "Elimelech" with "Abimelech". The FSB (Faithlife Study Bible, comes with Logos Bible Software) says the following about the name אֲבִימֶ֫לֶךְ (Abimelech):

Genesis 20:1–2 (LEB): And Abraham journeyed from there to the land of the Negev, and he settled between Kadesh and Shur. And he dwelled as an alien in Gerar. 2 And Abraham said about Sarah his wife, “She is my sister.” And Abimelech king of Gerar sent and took Sarah.

Abimelech This is a fairly common personal name in northwest Semitic literature (Ugaritic and Phoenician literature). It means “my father is king,” and may be a title.

Maybe it's because the passages that mention Abimelech, Ahimelech and Elimelech take place in the same(?) region:

Genesis 20:1 (LEB): And Abraham journeyed from there to the land of the Negev, and he settled between Kadesh and Shur. And he dwelled as an alien in Gerar. 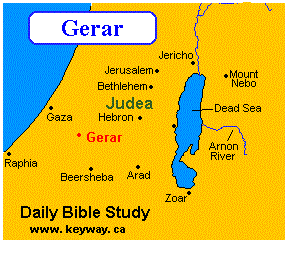 Ruth 1:1–2 (LEB): And it happened in the days when the judges ruled, there was a famine in the land, and a man from Bethlehem of Judah went to reside in the countryside of Moab—he and his wife and his two sons. 2 And the name of the man was Elimelech, and the name of his wife was Naomi, and the names of his two sons were Mahlon and Kilion. They were Ephraimites from Bethlehem in Judah. And they went to the countryside of Moab and remained there. 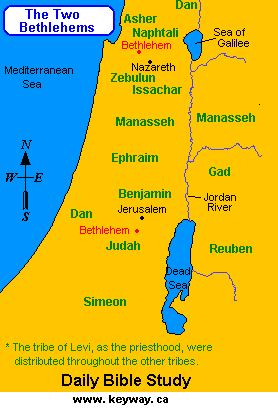 1 Samuel 21:1–2 (LEB): Now David came to Nob, to Ahimelech the priest. And Ahimelech came trembling to meet David, and he said to him, “Why are you alone and there are no men with you?” 2 So David said to Ahimelech the priest, “The king charged me with a matter and said to me, ‘No one must know anything about this matter on which I am sending you, with which I have charged you and the servants.’ ” So I have arranged to meet with my servants at a certain place.

It appears to be the in "Dead Sea region" I guess.

While looking for answers I also noticed each passage I quoted includes some sort of migration.

This is all speculative but just some ideas.

HALOT (Hebrew and Aramaic Lexicon of the Old Testament) gives these examples:

HALOT says that Ahimelech is a conjectural reading for Abimelech, which, I think, means that it is a guess that both names are interchangeable.

Same for Ahimelech vs Abimelech in Ruth. Since it's just in 1 short book, it was easier to unify one way or the other.

10
Is LXX "Enoch pleased God" a reasonable idiomatic translation of Hebrew "Enoch walked with God"?
21
Parallels between Ruth and Elisha?
9
How is the Septuagint interpretation of Psalms 40:6 reconciled with the Hebrew text?
34
What did Jesus likely say in John 8:58?
2
How does Jashobeam become Iesebaal, or Jeshebeab become Isbaal?
17
Why the Inconsistency of the name Mary in the NT?
4
In the LXX version of 2 Samuel 1:18, where did the bow go?
6
Rock or no Rock?