In Ephesians what does Paul mean by "world without end"?

[Eph 3:21 KJV] 21 Unto him [be] glory in the church by Christ Jesus throughout all ages, world without end. Amen.

In concept, this may be an allusion to:

[Isa 45:17 KJV] 17 [But] Israel shall be saved in the LORD with an everlasting salvation: ye shall not be ashamed nor confounded world without end.

Isa 45:17 Brenton LXX: Israel is saved by the Lord with an everlasting salvation: they shall not be ashamed nor confounded for evermore.

However, Paul may be alluding to a more specific reference, though again the wording is pretty different:

[Psa 119:90 NLT] 90 Your faithfulness extends to every generation, as enduring as the earth you created.

Is he saying that the physical heaven and earth will go on forever or something else?

[Ecc 1:4 KJV] 4 [One] generation passeth away, and [another] generation cometh: but the earth abideth for ever.

[Gen 8:22 KJV] 22 While the earth remaineth, seedtime and harvest, and cold and heat, and summer and winter, and day and night shall not cease.

First, there is no significant variation in the underlying Greek here. The TR is the same as NA28, etc.

The phrase, "world without end" is a most unfortunate translation and a quirk of the KJV and its progeny (KJ2000, American KJV).

A good representative translation of the Greek is given by almost all other versions of which the NIV and ESV are typical: "to him be glory in the church and in Christ Jesus throughout all generations, for ever and ever! Amen."

That is, Paul is simply hoping for eternal praise of Jesus by all peoples in all time. Nothing could be more Christian.

The translation issue here is how to translate, εἰς πάσας τὰς γενεὰς τοῦ αἰῶνος τῶν αἰώνων ἀμήν. YLT renders this (correctly), "to all the generations of the age of the ages. Amen." I have always been mystified how the KJV translators got "world" from the Greek "ainos" (eg, Matt 28:20). But that is another matter.

In Ephesians what does Paul mean by “world without end”?

Answer: The word "forever" is often used symbolically "until the end of time and the destruction of the physical world."

The NASB renders these verses from the OP as follows:

Ephesians 3:21: "[To the Father] be the glory in the church and in Christ Jesus to all generations [of human beings] forever and ever. Amen."

Here, Paul is simply stating that the glory in the church and in Christ will endure until the material universe is annihilated (2 Peter 3:10). "All generations" is a human term. And the "forever" used in this passage is restricted to the material Creation.

I believe the reference to Israel in Isaiah is correct in the sense that Israel, whether the physical nation or the spiritual Israel of Christ will receive an enduing salvation throughout world history by the will of God.

Isaiah 45:17: Israel has been saved by the LORD With an everlasting salvation; You will not be put to shame or humiliated To all eternity.

Question: "Is [Paul] saying that the physical heaven and earth will go on [forever]?"

No, Paul is not saying that. The physical heaven and earth will not go on forever, as I alluded to earlier in reference to Peter's pronouncement above. He is very explicit in his description of the annihilation of everything physical:

2 Peter 3:10, 12: “But the day of the Lord will come like a thief, in which the heavens [cosmos] will pass away with a roar and the elements [atomic elements?] will be destroyed with intense heat, and the earth and its works will be burned up [no more earth]."

While it is certainly true that "forever" often means just that, eternal, that is not the sense in which the words are applied by Paul in these verses.

"World without end" is literal. When Jesus returns to the earth he will set up His kingdom in Jerusalem and will reign forever!

Q. Is he saying that the physical heaven and earth will go on forever or something else?

As @user25930 pointed out, the KJV deviated from its strict formal equivalence and rendered the passage very dynamically.The NASB20 more directly reflects the underlying Greek:

[Ephesians 3:21 NASB20] (21) to Him [be] the glory in the church and in Christ Jesus to all generations forever and ever. Amen.

That there is no end to history is, of course, not the popular understanding. It seems every generation of Christians understand their own generation to be the final generation, and contemporary events warn us that the end is near: 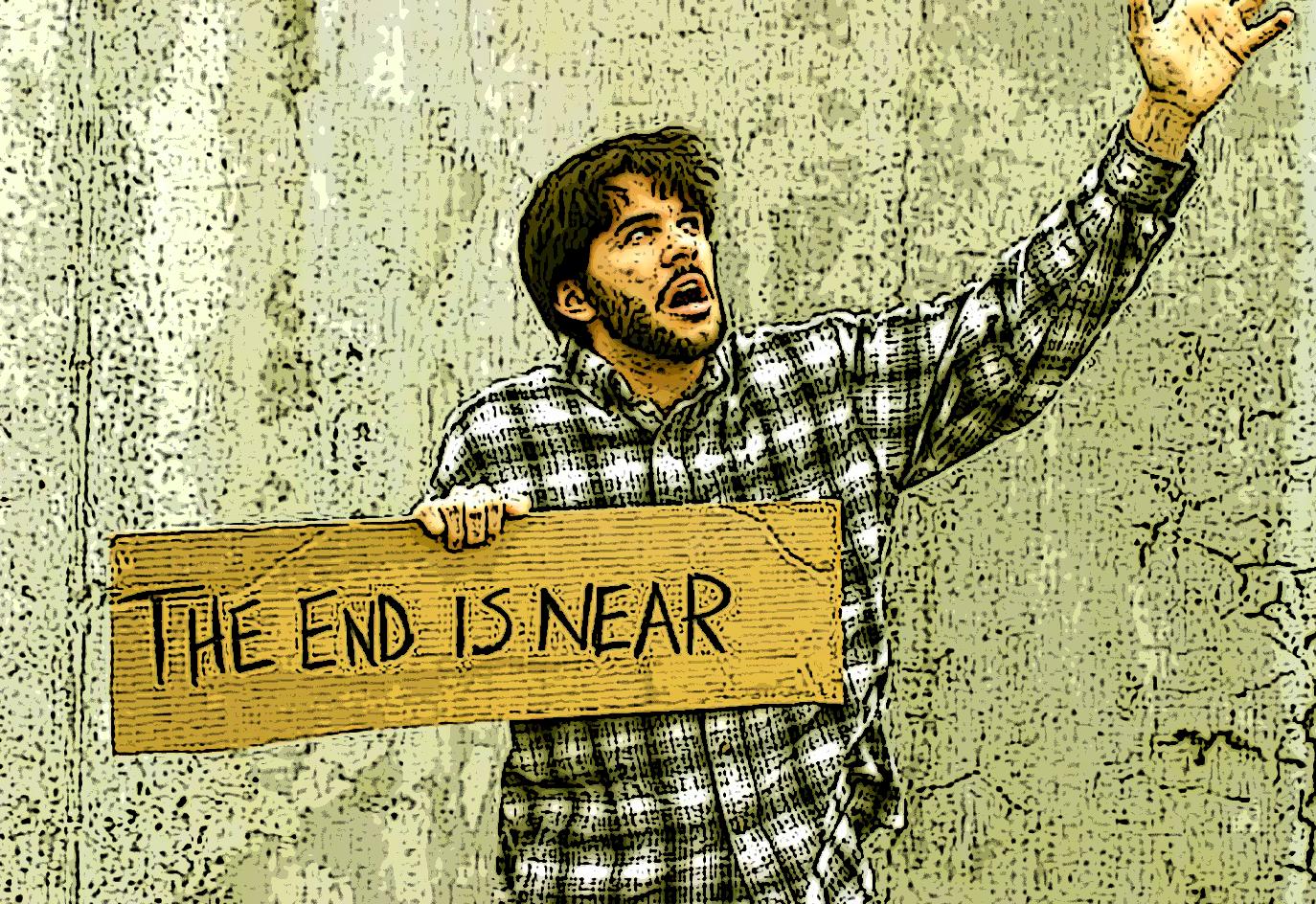 But the apocalyptic eschatology of the scriptures was all referring to the end of the previous age. It referred to the calamitous ending of Jerusalem, the Temple and the Sinai covenant based Judean theocracy. The current age, Paul is telling us, has no end. See also:

[Isaiah 9:6-7 NASB20] (6) For a Child will be born to us, a Son will be given to us; And the government will rest on His shoulders; And His name will be called Wonderful Counselor, Mighty God, Eternal Father, Prince of Peace. (7) There will be no end to the increase of [His] government or of peace On the throne of David and over his kingdom, To establish it and to uphold it with justice and righteousness From then on and forevermore. The zeal of the LORD of armies will accomplish this.

For more detail on this, please see;

Like others have pointed, A very accurate to the Greek translation kf that Verse would read,

The Earth isnt going to remain Peter by the Inspiration of the Spirit gave to us a Clear description of what happens to the earth and its Heaven.

Generations of Men will continue to exist even after Jesus has returned and restored all things.

So Praise will continue throughout all generations of all Ages.

Not the answer you're looking for? Browse other questions tagged paul ephesians eschatology nt-use-of-hebrew-bible or ask your own question.