In Mark 14:43 what were the staves the mob was carrying?

[Mark 14:43 KJV] 43 And immediately, while he yet spake, cometh Judas, one of the twelve, and with him a great multitude with swords and staves, from the chief priests and the scribes and the elders.

With what wooden device(s) were the temple posse carrying to arrest Jesus? This is a summary of the word (ξύλον) from the Outline of Biblical Usage: 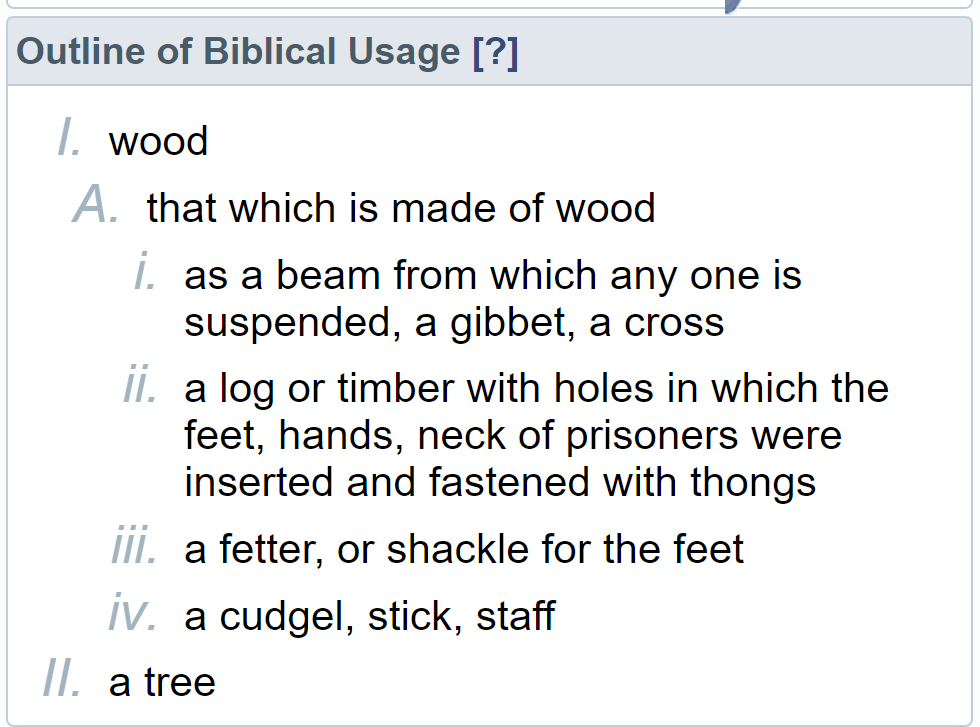 I always pictured a "stave" as basically a 6' long pole used to prod animals along. However, I notice that there are other possibilities such as a smaller club or even a patibulum for crucifixion. Or were they carrying the ancient "paddy wagon", a stick prepared with holes for transporting prisoner(s) securely. Or perhaps Lictors carrying fasces? So what were they actually carrying?

Most modern translations renders this as "clubs". One of the exceptions is YLT & Darby which have "sticks".

Therefore, to be absolutely technically correct, the most literal way to translate this word might be, "objects made of wood", or even "pieces of tree" whence, "sticks" (as per YLT and Darby). However, the fact that the mob obviously intended to use these "sticks" or "pieces of wood" as weapons means that "clubs" is preferable, regardless of the previous use and origin of the objects.

It is entirely possible that some of these "clubs" did have previous uses such as cooking sticks and other such objects ready at hand. Regardless of their origin, they were all intended as "clubs" to defend and inflict injury.

12
Who were the "chief priests" and "Sanhedrin" in reference to the people trying to kill Jesus?
12
What was the roof likely made of in Mark 2:4?
6
Was Mark A Scribe?
8
What were the women in Mark 16:8 afraid of?
6
Who was the author of Mark?
0
In Mark 14:3 would breaking the box be normal?
5
Why were the disciples sent in pairs in Mark 6:7?
0
In Mark 2:19-20, were the disciples the guests at the wedding or the bride herself?
3
Was Stephen put to death by legal execution or a lynch mob?