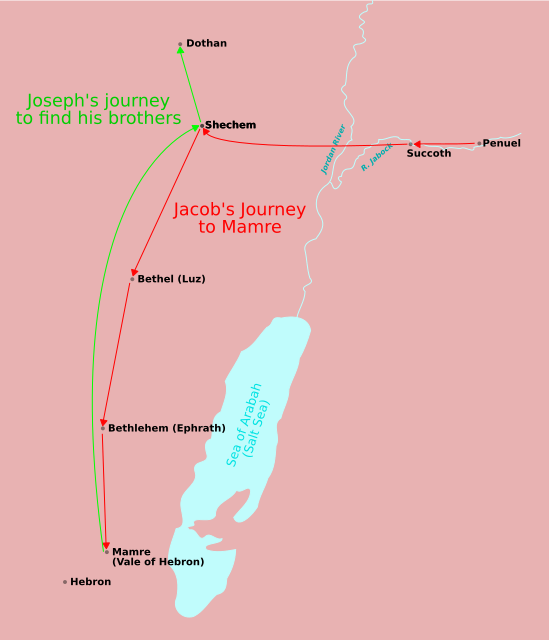 4
What is the significance of Gen 46:10 "Shaul the son of a Canaanitish woman"?
6
Genesis 37: Any difference between "Ishmeelites" and "Midianites"?
4
How old was Dinah when when she visited the daughters of Shechem in Genesis 34?
6
What was the "one portion" given to Joseph above his brothers in Genesis 48:21-22?
2
What happened to the women & children of Shechem who were taken captive by Jacob"s sons in Genesis 34:27-29?
3
Was Jacob so Sexually driven that He mistook Leah for Rachel?
2
Does Hamor in Genesis 34:3 have double-meaning?
4
Did Jacob have more than one daughter?
1
Does anything in the Hebrew text of Genesis 34:2-7 suggest that Shechem's actions against were less severe than Amnon's in2 Samuel 13:11-16?
3
Did Isaac die before Joseph was sold to the Midianites?