In Revelation 3:20, is Jesus offering to have individual suppers or one collective meal?

Jesus makes this offer to the Laodiceans:

Behold— I stand at the door. And I am knocking. If anyone hears My voice and opens the door, I also will come-in to him. And I will have-dinner with him, and he with Me. (Revelation 3:20) [DLNT]

Keep in mind this immediately follows His counsel in verse 18 that they should "buy gold" from Him so they could "become rich," as well as "white clothes to wear" and "salve to put on their eyes." None of that makes sense at all if taken literally, unless Jesus was running an ancient department store offering precious metals, clothes and medicines. So I'd say this is a case where a less literal interpretation makes more sense in the context of the passage.

Given the social significance of shared meals in ancient times (i.e. it was an act of friendship and acceptance -- witness the snarky accusations of the Pharisees when Jesus "ate with sinners," Mark 9:10-11), I would understand Jesus' words as a promise of loving fellowship for those who hear His voice and open the door to Him.

This small step away from an utterly literal reading gives a result that makes perfect sense. For we do enjoy an ongoing fellowship with Him, if we willingly answer His call and receive Him into our lives. "And surely I am with you always, to the very end of the age." -- Matt. 28:20b

The word "Church" properly speaking refers to the building and obscures the fact that the Greek word refers to the gathering of people. So people often think that Jesus is knocking on the door of their Church-house. That seems anachronistic here.

The next logical door would be to a man's home. This, I believe is a family setting. Possibly a Passover setting. A Jewish family welcomes in the messiah while the leaders of the Jewish theocracy slam the door in his face: 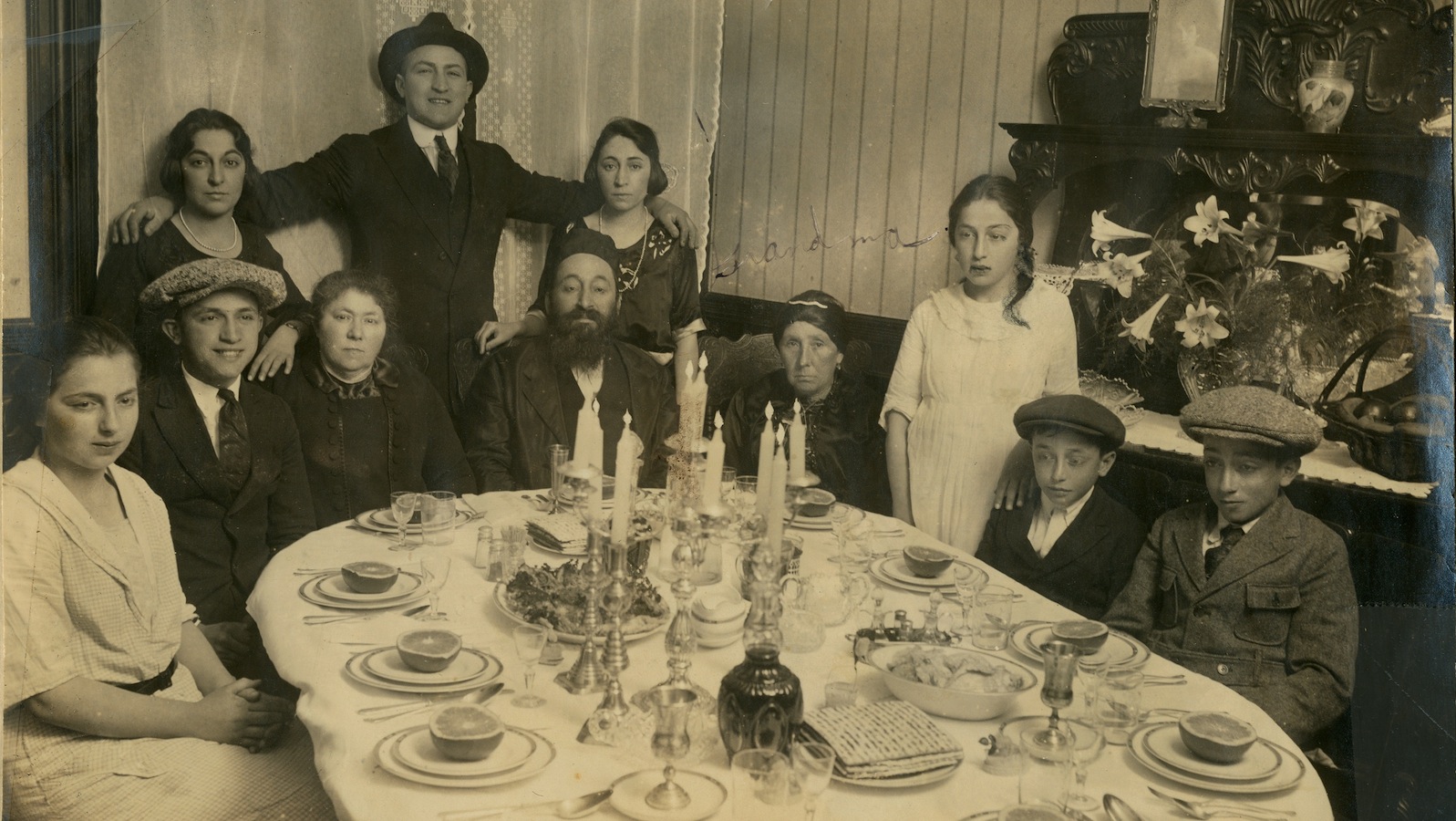 The criticism of the complacent could be an allusion to Matthew 25:

However, this is not about merit but about opportunity. To merely open the door is all the merit needed. The meal is celebratory.

More in the vein of Revelation 3:20 is this. In this parable a king throws a banquet for his son and invites his friends. They all can't be bothered. So instead he turns to the poor:

Mat 22:2  The kingdom of heaven is like unto a certain king, which made a marriage for his son,  Mat 22:3  And sent forth his servants to call them that were bidden to the wedding: and they would not come.  Mat 22:4  Again, he sent forth other servants, saying, Tell them which are bidden, Behold, I have prepared my dinner: my oxen and my fatlings are killed, and all things are ready: come unto the marriage.  Mat 22:5  But they made light of it, and went their ways, one to his farm, another to his merchandise:  Mat 22:6  And the remnant took his servants, and entreated them spitefully, and slew them.  Mat 22:7  But when the king heard thereof, he was wroth: and he sent forth his armies, and destroyed those murderers, and burned up their city.  Mat 22:8  Then saith he to his servants, The wedding is ready, but they which were bidden were not worthy.  Mat 22:9  Go ye therefore into the highways, and as many as ye shall find, bid to the marriage.  Mat 22:10  So those servants went out into the highways, and gathered together all as many as they found, both bad and good: and the wedding was furnished with guests.  Mat 22:11  And when the king came in to see the guests, he saw there a man which had not on a wedding garment:  Mat 22:12  And he saith unto him, Friend, how camest thou in hither not having a wedding garment? And he was speechless.  Mat 22:13  Then said the king to the servants, Bind him hand and foot, and take him away, and cast him into outer darkness; there shall be weeping and gnashing of teeth.  Mat 22:14  For many are called, but few are chosen.

Jesus warns that they are in danger of being refused (vomited out). What Jesus warns could happen is what does happen:

Act_13:46  Then Paul and Barnabas waxed bold, and said, It was necessary that the word of God should first have been spoken to you: but seeing ye put it from you, and judge yourselves unworthy of everlasting life, lo, we turn to the Gentiles.

The refusal by the Jewish leadership (which God accomplished by hardening their hearts) opened the way for the gentiles:

Rom 11:11  I say then, Have they stumbled that they should fall? God forbid: but rather through their fall salvation is come unto the Gentiles, for to provoke them to jealousy.  Rom 11:12  Now if the fall of them be the riches of the world, and the diminishing of them the riches of the Gentiles; how much more their fulness?

IF the meal is a Passover then this is a reference to the new covenant because the Passover meal is the making an exhibition of Christ's death as the covenant victim:

Heb 9:16  For where a testament is, there must also of necessity be the death of the testator.

Or in modern English:

A covenant requires that the covenant maker seal the deal with a death.

Jesus is the death God provided to ratify the new covenant with the houses of Israel and Judah.

The Passover/Seder was celebrated in individual homes, not communally like "the Eucharist". In fact, some Corinthians tried having a communal "Lord's supper" and Paul said "Don't you have houses?". See 1 Cor 11:17ff.

So to answer the original question I would say the text describes a man opening his "castle" to Jesus and them eating together. Personally I am inclined to think it was a Seder.

Not the answer you're looking for? Browse other questions tagged greek revelation or ask your own question.

5
In Revelation 19:16 was Jesus wearing pants?
10
Whose voice is it in Revelation 4:1? (Inconsistent red letter usage)
7
Luke 22:16 - Did Jesus say he was not going to eat THAT Passover?
5
Does Revelation 3:20 refer to individuals or a whole church (Laodicea)?
2
In Revelation 3:20, does the perfect tense suggest that Christ is still standing at the door?
0
In Revelation 3:20 why does Jesus want to come in and dine with the person who opens the door?
1
Is Jesus speaking about the Eucharist in Revelation 3:20?
2
Revelation 2:10, is the tribulation of the ordinary believer 1/4 of Jesus'?
3
Did the angel forget about Jesus when he claimed that God is the only one to be worshipped in Revelation 22:9?