However, HCSB translates "“For God loved the world in this way." The old Spanish version RVA, as well as the Spanish NASB equivalent LBLA, translate "Porque de tal manera amó Dios al mundo." Google Translate translates "de tal manera" as "in such a way," which is a valid translation.

Looking at some ancient translations: The Latin Vulgate translates οὕτως in John 3:16 with "sic" having the lexical definition "thus, so; as follows; in another way; in such a way." The Peshitta translates οὕτως in John 3:16 with hkn meaning "thus" and similar to Hebrew כֵן having the lexical definition "thus, in the same manner; as so; then, afterwards, thereafter."

Are people misunderstanding how "so" was used at the time the KJV was translated? Should we understand οὕτως γὰρ ἠγάπησεν ὁ θεὸς τὸν κόσμον to mean "For in this way God loved the world?" Is there an instance where οὕτως clearly means "so much?"

Below are graphs from the Bible World Study Guide in Logos Bible Software 7 showing the frequency of how KJV and HCSB translate οὕτως.

How KJV translates οὕτως, size based on frequency: 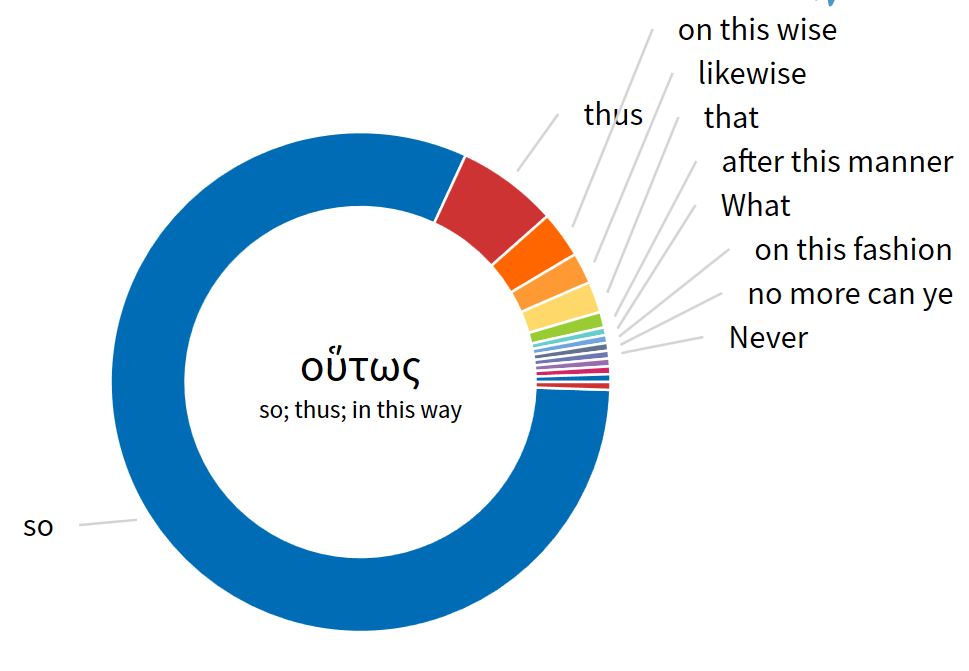 How HCSB translates οὕτως, size based on frequeny: 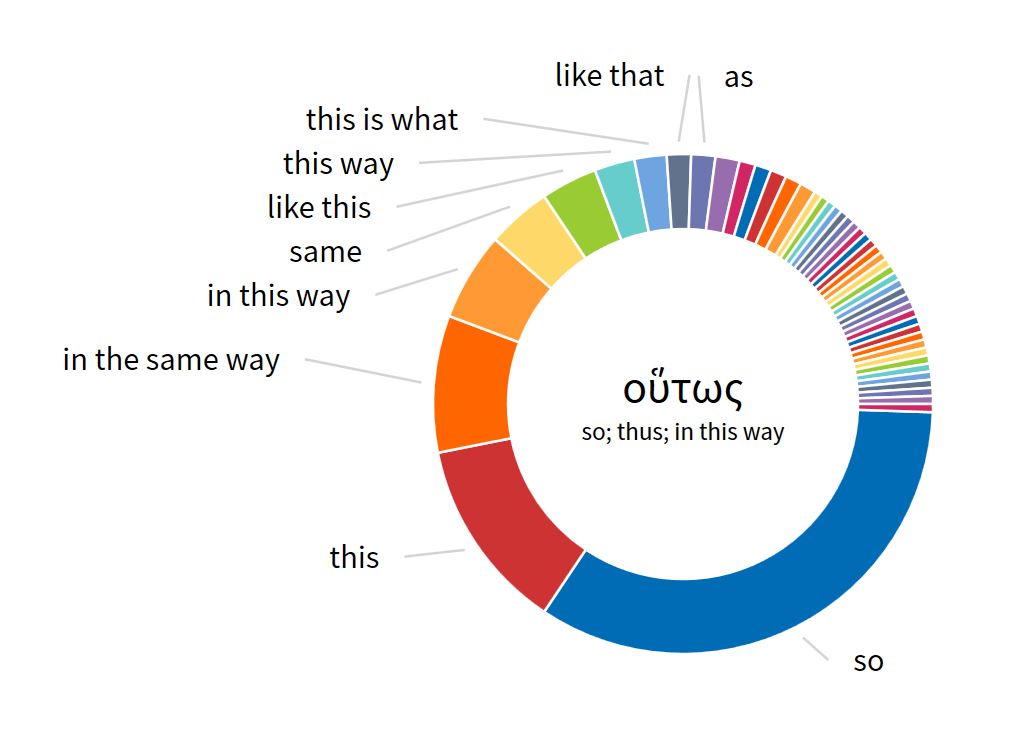 As far as grammar is concerned, "so much" would only be valid where οὕτως is directly associated with an adjective about size such as Rev 16:18. Otherwise it should be translated as "in this manner", "thus", "so", etc. When coupled with a correlative like "gar" (="for" in English as per John 3:16) it become strengthened and so might be rendered, "For thus God loved the world that..." as it is tied to the previous verse(s).

14
What is the difference between πιστεύων ἐν αὐτῷ and πιστεύων εἰς αὐτὸν?
1
Is Vulgate John 8:25 a grammatically valid translation of the Greek?
2
In Romans 12:3 what is the μέτρον that God has allotted to each believer and how is one to use it to "think soberly" about one's gift?
0
Is there a linguistic basses for how to translate John 8:43, or are translations basing their translation on context alone?
3
What is Hebrews 3:14 saying to do with "our confidence"?
4
How should we understand λαμβάνω in John 5:34?
1
John 20:19 is there validity in translating 'locked doors'?
5
John 3:16 - Might οὕτως be a reference to Moses?
5
Greek question Colossians 1:23