Was "Moses' Seat" an actual seat?

In what Matthew presents as the final public teaching, Jesus makes reference to "Moses' Seat."

Then Jesus said to the crowds and to his disciples, “The scribes and the Pharisees sit on Moses' seat, so do and observe whatever they tell you, but not the works they do. For they preach, but do not practice. (Matthew 23:1-3 ESV)

The meaning of Moses' seat was that they based their teaching on the Law of Moses. While some Jews viewed the position on the Sanhedrin to be a continuous succession from Moses this is unlikely. There is evidence of a physical chair of Moses as early as the 3rd century A.D., but not as early as the 1st century. The physical chair would only be symbolic of the representative for the Law of Moses.

He warned them about their teachings saying that their authority was to be recognized (they sit in Moses’ seat, i.e., they teach the Law), but their practices, being hypocritical, should not be followed. -- Barbieri, L. A., Jr. (1985). Matthew. In J. F. Walvoord & R. B. Zuck (Eds.), The Bible Knowledge Commentary: An Exposition of the Scriptures (Vol. 2, p. 73). Wheaton, IL: Victor Books.

A third-century C.E. “Chair of Moses” from Korazin (11:21) is on display at the Israel Museum in Jerusalem; a photograph and description may be found in Biblical Archeology Review 13:5 (1987), pp. 32–35. According to the Hebrew University scholarly journal Tarbitz I, p. 145, they can also be found in Hamot, Tiberias and Delos (Greece).

The Torah-teachers and the P˒rushim … sit in the seat of Moshe, exercising the power of “the cohen or judge in office at that time” (Deuteronomy 17:8–13), officially interpreting the Torah. There are some who understand this verse to mean that, according to Yeshua, the Oral Torah, as expounded in Orthodox Judaism, is binding on Messianic Jews today. I do not believe this, because I think Yeshua had already initiated a process transferring halakhic authority from the cohanim, judges and rabbis to the emissaries and later leaders of the Messianic Community. See 18:18–20&N and Messianic Jewish Manifesto, Chapter V. -- Stern, D. H. (1996). Jewish New Testament Commentary : a companion volume to the Jewish New Testament (electronic ed., Mt 23:2). Clarksville: Jewish New Testament Publications.

the chair of Moses: This designation of a teacher’s podium is otherwise attested for the 4th cent. AD but not for NT times. The, phrase is most probably a metaphor for the authority of the scribes to teach. In rabbinical tradition the interpretation of the Law was carried on in a scribal tradition that theoretically went back through an unbroken chain of scribes to Moses. This view is, of course, entirely unhistorical. Jesus does not discuss the historical character of the tradition, nor does he question the authority of the scribes to teach. The basis of this authority was no more than custom in the post-exilic Jewish community; the scribes grew up with the development of the Law as the basis of Jewish religion and life -- Brown, R. E., Fitzmyer, J. A., & Murphy, R. E. (1996). The Jerome Biblical commentary (Vol. 2, p. 102). Englewood Cliffs, NJ: Prentice-Hall.

What is Moses' seat?

It was not a physical seat. It was a metaphor. See Was "Moses' Seat" an actual seat?.

Is there OT support for this seat?

13 The next day Moses took his seat to serve as judge for the people, and they stood around him from morning till evening.

The phrase: “to sit in Moses’ seat” (in the seat which Moses had occupied as lawgiver), is borrowed not from Exodus 18:13, but refers to the later practice of having chairs for teachers (comp. Acts 22:3), and is intended as a figurative mode of describing the functions of one who “acts as a public teacher of the Mosaic law,” in discharging which functions the teacher may be regarded as the representative and successor of Moses.

Literal Standard Version Matthew 23:2 saying, “On the seat of Moses sat down the scribes and the Pharisees;

The scribes and the Pharisees as a collective sat (aorist, not present tense). They figuratively claimed to represent Moses.

Jesus could have in mind a physical place in the Synagogue where there would be read out "the Pentateuch and the Prophets."1 The Jewish Encyclopedia has an entry for this under Alemar which is a corruption of Al-Minbar (Arabic for 'the chair [or pulpit]').1 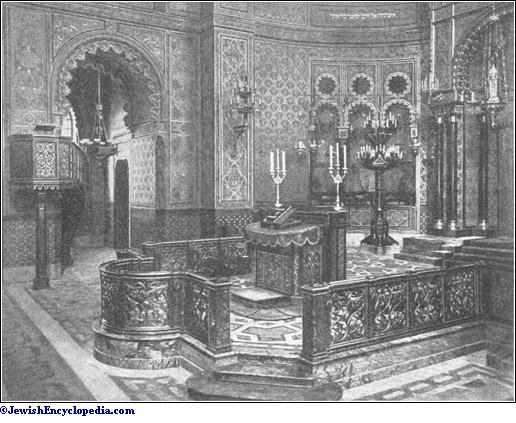 "In Russia it still goes by its Talmudic name בימה [i.e. בִּימָה bimah],* which is simply the Greek βῆμα [bḗma], a speaker's tribune"

[*] Transliteration as well as emphasis mine.

The entry in the Liddel & Scott Greek Lexicon for βῆμα [bḗma] is:2

But of course Christians might be more familiar with the so-called 'Bema-seat' of Christ, that is, His Judgement Seat:

For we must all appear before the [Judgement] Seat [Gk. τοῦ βήματος] of Christ, that each of us might recieve according to what he did in the body—whether good or bad.

Inasmuch as Jesus singles out "the scribes and Pharisees," (Mt 23:2) He singles out these as those who have the authority of 'binding and loosing.' He probably leaves out the Sadducees as they were heretics who denied the resurrection, only held the Pentateuch to be Scripture etc. The JE says that "they broke away from the Law and lived in great luxury, using many silver and gold vessels at their banquets; and they established schools which declared the enjoyment of this life to be the goal of man, at the same time pitying the Pharisees for their bitter privation in this world with no hope of another world to compensate them."3 As for Rabbis, the orthodox ones would have been Pharisaical.

The JE states that, quote:

The power of binding and loosing was always claimed by the Pharisees.4

The same entry says in the section In the New Testament, that:

"Jesus ... found [this same power] belonging to the scribes and Pharisees".4

However, I think it refers to the 'office' of the legimate, God-ordained teaching authority of the time, and not a physical chair. For one thing, there is no record of a chair of Moses being preserved or lost, leaving it to be an office which at most might involve a physical chair.

While Matthew doesn't use the word βήματος (but καθέδρα) this is not important. After all (as you can see from the lexicon entry above: II:2), ἐπὶ τοῦ βήματος καθεδούμενον (being seated upon the βήμα/tribunal seat), you can and do sit in or at a 'βήμα.'

You may have heard of the word 'Cathedral' which names signifies a church wherein the bishop's 'chair' or καθέδρα (throne/chair) is located, where he presides over the solmen functions of the church.

This undoubtedly has its origin in the 'chair of Moses,' to which this place in a Synagogue seems to have been the referent. In that in the New Dispensation, the New Covenant, the bishops take the role of the teachers of the Church, over whom, since the New Covenant, Jews do not have authority whatsoever.

The 'seat-position,' in any case, is a position of authority. Jesus calls it the seat of Moses, i.e. Moses, the authoritative teacher and interpreter of the Law of God, able to bind and loose.4

[More specifically, in reference to the Bishop of Rome (a.k.a the Pope) or an equivalent authority (an Ecumenical Council backed by his authority) when he judges ex cathedra, that is, 'from the chair,' it signifies an infallible judgement or teaching. Of course, he doesn't have to be literally sitting in any chair to pronounce such a judgement; it refers to an authoritative office.]

Tertullian, a Western Father, speaks of the episcopal succession of the Apostles, the different Sees (an area subject to the jurisdiction of a certain bishop) of the Church, as cathedrae apostolorum (the [episcopal] chairs of the Apostles):

Come now, thou who wiliest to exercise thy curiosity to better purpose in the business of thy salvation: go through the Apostolic Churches where the very thrones of the Apostles at this very day preside over their own districts, where their own genuine letters are read which speak their words and bring the presence of each before our minds.4

saying, 'On the seat of Moses sat down the scribes and the Pharisees;

The scribes and the Pharisees do not literally sit down on Moses' seat on a daily basis but they took over (Aorist) Moses' authority and exercise the power daily.

Is “Moses' Seat” an actual seat? No, it is a metaphor for Moses' authority.

Not the answer you're looking for? Browse other questions tagged matthew or ask your own question.

11
"How did Jesus' "teaching with authority" differ from the Scribes?"
15
What factors bear on the authenticity of Matthew 23:14?
4
Was Messiah refuting the belief that He is a ''son'' of King David in Matthew 22:41-45?
2
In Matthew 16:6-12, what does Jesus mean when he says, "beware of the leaven of the Pharisees and Sadducees"?
5
Can conflicting instructions about Pharisees' teachings be harmonized, and if so, how?
3
In Mark 8:14-16 and Matthew 16:5-7 why did the disciples think the “leaven of the Pharisees” was about them forgetting to take bread?
2
Has anyone ever heard the voice of the Father with respect to John 5:37?
6
Why did Jesus have the authority to forgive sins, why did the scribes take it as a blasphemy, and was this authority also given to men in general?
8
Did Moses understand that there was the resurrection of the dead from Exodus 3:6?