11 But now I have written unto you not to keep company, if any man that is called a brother be a fornicator, or covetous, or an idolater, or a railer, or a drunkard, or an extortioner; with such an one no not to eat.

In the above text Paul advises the church at Corinth not even to eat with an immoral brother & sister.

Its not clear whether Paul is referring to individual suppers or the Lords Supper.

Is it the Lord's Supper or individual suppers that the immoral brother or sister should be excluded from?

For example, he explicitly says to go eat something at home, if you're hungry:

What! Do you not have houses in which to eat and drink? Or do you despise the church of God and shame those who have nothing? What shall I say to you? Shall I praise you? In this I will not praise you. ... If anyone is hungry, let him eat at home, so that you will not come together for judgment. The remaining matters I will arrange when I come.

Between verse 11 of chapter 5 we see that he uses something as everyday as 'eating' is disallowed between a member of a church and its sinful members.

But actually, I wrote to you not to associate with any so-called brother if he is an immoral person, or covetous, or an idolater, or a reviler, or a drunkard, or a swindler—not even to eat with such a one.

The KJV obscures the μηδὲ (not so much as; not even) with its archaic (but then equivalent) "no not."

Therefore, this would be normal common eating together or associating with them ('eating with' was simple way of referring to such intermingling and socializing). Associationg is the 'genus' of activity with the sinner; eating with him is simply a 'species'.

The context of chapter 5 is one of exclusion from the ekklesia. In the immediate context of the exclusion of the man mentioned in verse 1, Paul also writes of how to behave towards other, suchlike, persons in the future.

Paul has yet to deal with brother going to law with brother; with lawful expediencies; with marriage; with separation; with servants and their calling; with engagement; with meats offered to idols; with the provision for the ministry; with warnings about transgression; with covering of the head . . .

. . . all before he goes on to instruct the Corinthian church regarding the partaking of the supper of the Lord.

I have always taken it to mean that anyone behaving disgracefully, in the ways which Paul outlines, should be made to feel ashamed by not enjoying any company - not even the sharing of an ordinary meal - until they have mended their ways.

As did the man written of in verse 1. For in Paul's next epistle, it is clear, II Corinthians 2:6-11, that the exclusion had had its proper effect and the penitent man was to be received back, lest he should be swallowed up with overmuch sorrow.

There seem to be two situations that have given rise to the passage under consideration: 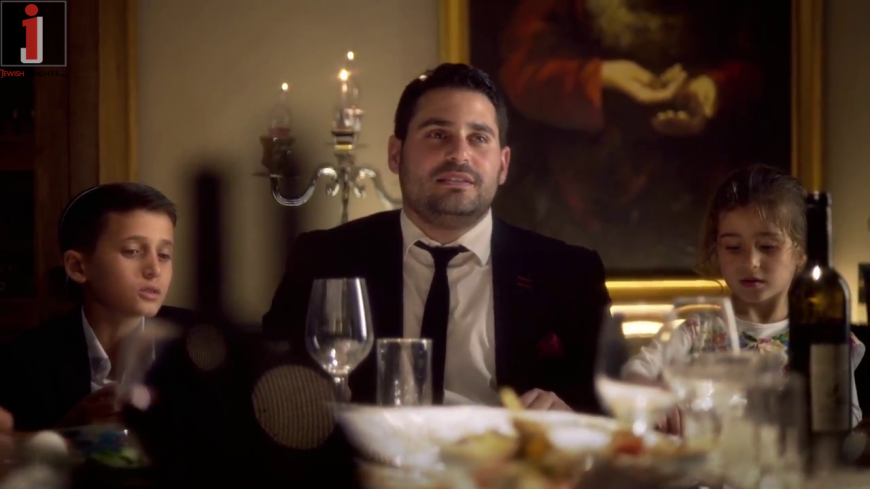 He uses the Jewish practice of meticulously purging the home of leaven before partaking of the Passover meal to explain the importance of being free from "the leaven of the Pharisees which is hypocrisy". IE: pretense. He says that the Passover must not be celebrated until all the rise is eliminated from the wad of dough that they will use to prepare the meal:

1Co 5:6  Your glorying ["being inflated" ie: self-congratulation] is not good. Know ye not that a little leaven leaveneth the whole lump?  1Co 5:7  Purge out therefore the old leaven, that ye may be a new lump, as ye are unleavened. For even Christ our passover is sacrificed for us:

By "new lump" he means the same wad of dough but sans inflation. The Corinthians were pretty sure that they were a very shiny penny that God was proud of because they had such great spiritual insights from such gifted teachers. But Paul urges them to rather "mourn" and be about the true purpose of the Passover practice of home cleansing:

1Co 5:13  But them that are without God judgeth. Therefore put away from among yourselves that wicked person.

So Paul is discussing the Passover with believing Jews, not the bogus "Lord's Supper" for gentiles:

1Co 5:6  Your glorying is not good. Know ye not that a little leaven leaveneth the whole lump?  1Co 5:7  Purge out therefore the old leaven, that ye may be a new lump, as ye are unleavened. For even Christ our passover is sacrificed for us:  1Co 5:8  Therefore let us keep the feast, not with old leaven, neither with the leaven of malice and wickedness; but with the unleavened bread of sincerity and truth.

The "feast" Paul refers to is of course passover. Paul clarifies that he is not enjoining them to entirely avoid involvement with sinners because you can't do that and still carry on in this world. Rather he says that the believers are to be actively avoiding those among their own ranks that are evidently given to these behaviors:

1Co 5:9  I wrote unto you in an epistle not to company with fornicators:  1Co 5:10  Yet not altogether with the fornicators of this world, or with the covetous, or extortioners, or with idolaters; for then must ye needs go out of the world.  1Co 5:11  But now I have written unto you not to keep company, if any man that is called a brother be a fornicator, or covetous, or an idolater, or a railer, or a drunkard, or an extortioner; with such an one no not to eat.  1Co 5:12  For what have I to do to judge them also that are without? do not ye judge them that are within?  1Co 5:13  But them that are without God judgeth. Therefore put away from among yourselves that wicked person.

Now, this is often done incorrectly resulting in a great deal of hurt. The key word, I think, is found here:

1Co 5:11  But now I have written unto you not to keep company [συναναμίγνυμι], if any man that is called a brother be a fornicator, or covetous, or an idolater, or a railer, or a drunkard, or an extortioner; with such an one no not to eat.

So since Paul had already been writing to them about the subject in general about being "mixed up with" these people and sharing a meal with them his concern is evidently not about passover alone. He wants distance. Paul says they are to not be involved with them, not even [μηδέ] to eat:

1Co 5:13  But them that are without God judgeth. Therefore put away from among yourselves that wicked person.

The key is involvement. Don't be involved. I note that there is no suggestion that one must not talk to them or pretend they don't exist.

The word "not even" is μηδέ. It can simply mean here "neither" as in "Don't get mixed up with them or eat with them" or it can be used to mean "not even":

So since the word has different usages, which is the right one? My thought (which disagrees with BDAG is that since eating together is not, in that culture a trivial involvement, he doesn't want to trivialize it by saying "not even to eat". In fact, Jews never ate with gentiles or Samaritans! It was forbidden by Jewish law:

But Paul rebuked Peter for such hypocritical behavior:

Gal 2:11  But when Peter was come to Antioch, I withstood him to the face, because he was to be blamed.  Gal 2:12  For before that certain came from James, he did eat with the Gentiles: but when they were come, he withdrew and separated himself, fearing them which were of the circumcision.  Gal 2:13  And the other Jews dissembled likewise with him; insomuch that Barnabas also was carried away with their dissimulation.  Gal 2:14  But when I saw that they walked not uprightly according to the truth of the gospel, I said unto Peter before them all, If thou, being a Jew, livest after the manner of Gentiles, and not as do the Jews, why compellest thou the Gentiles to live as do the Jews?

So I think Paul is saying:

Isa 65:5  Which say, Stand by thyself, come not near to me; for I am holier than thou. These are a smoke in my nose, a fire that burneth all the day.

He certainly does not have "The Lord's Supper" in mind (he expresses his aversion to that invention in chapter 11:17ff). Instead for now he wants them to quit patting themselves on the back for their great gifts and instead mourn:

1Co 5:2  And ye are puffed up, and have not rather mourned, that he that hath done this deed might be taken away from among you.

Not the answer you're looking for? Browse other questions tagged 1-corinthians referent-identification or ask your own question.