I heard an argument recently that 1 Timothy 2:12 must be a temporary imperative, and would be better rendered

I do not presently permit a woman...

because the verb for permit, epitrepō, is in the present active indicative, and Paul would not have used that tense/mood/voice had he meant it as a timeless universal imperative.

It has also been suggested that the present indicative form of ἐπιτρέπω indicates a temporal limitation and thus limits Paul’s statement to the then and there of Ephesus.

Is it true that verbs in present active indicative always connote temporality, and an author would not use this tense except to convey something as temporary?

At the least, the present tense informs the reader that the apostle Paul did not permit women to teach or have authority over a man at the time he wrote the epistle—and obviously shortly thereafter when those to whom the epistle was addressed would read it. But whether that prohibition was temporary or permanent, the tense alone does not convey.

But, did the prohibition cease—or rather, did the apostle Paul intend for it to cease?

13 For Adam was formed first, then Eve. 14 And Adam was not deceived, but after the woman was deceived, she was in the transgression.

Here, we see that the prohibition is based on something that occurred near the onset of creation: Eve’s transgression by the serpent. As a result, it is written,4

16 To the woman He said, “I will greatly multiply Your pain in childbirth, In pain you will bring forth children; Yet your desire will be for your husband, And he will rule over you.” NASB, 1996

We must then reason that this prohibition is still binding to this day.

Perhaps the only argument against the divine prescription would be that the relationship between men and women in Christ has changed so as to no longer warrant it. In response to this, we need only recognize that the apostle Paul was writing to Christians—those who had been regenerated (born again). Accordingly, the apostle Paul himself did not believe that even regeneration nullified the divine prescription.

14 Let your women keep silent in the churches, for they are not permitted to speak; but they are to be submissive, as the law also says. 15 And if they want to learn something, let them ask their own husbands at home; for it is shameful for women to speak in church. NKJV, 1982

Yet, women were evidently allowed to speak in Church, e.g., for prophesying or praying.7 Thus, the apostle Paul did not prohibit women from speaking in Church at all times. Rather (and I am aware of the tomes written on 1 Tim. 2:12), he prohibits them from being bishops, since bishops were the ones charged with both teaching and supervision of (i.e., authority over) the Church.8 Thus, “remain silent” is to be understood as a prohibition of speaking for the purpose of teaching others—a responsibility of bishops, who were only to be men.9

Since bishops still exist, the prohibition still applies to this day. However, to reiterate, the tense alone cannot convey this. Rather, it is the context that must be appreciated.

If you really want to insist that the present indicative “always implies temporality” (which is absolutely untrue, as others have pointed out on here), then you are going to end up very quickly with a theological can of worms. You will then need to insist that ὁ θεὸς ἀγάπη ἐστίν means “God is love (at this temporary moment, but maybe in the future he might not be)”. Do you really want to go down this path?

What's more, I do not allow a woman to teach nor to usurp the authority of a man, but to be silent. 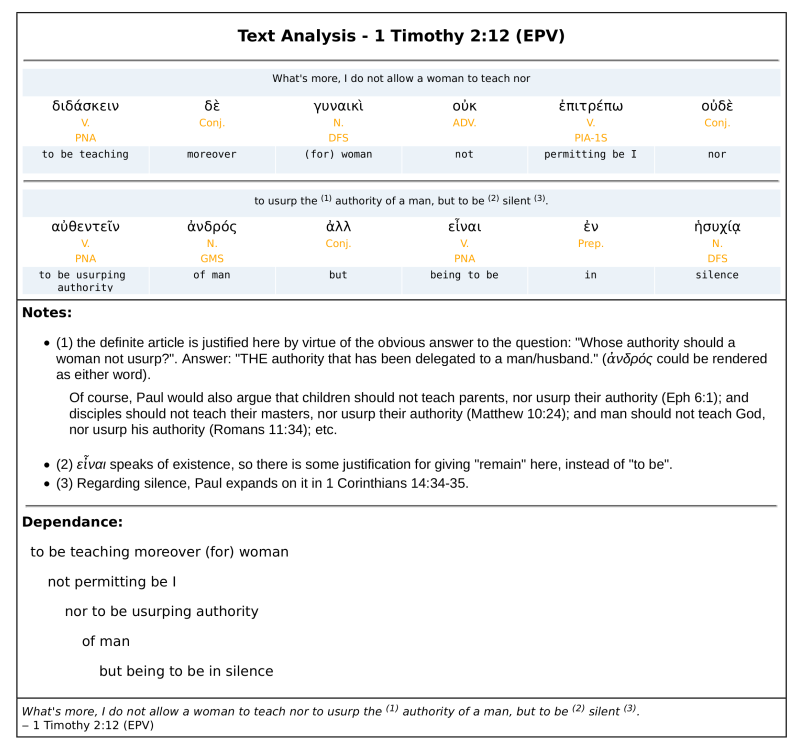 To get a fuller picture of what Paul "permits" in regard to teaching, he says this in 1 Corinthians 14:34-35 (as I interpret him):

34 Women in the assemblies: let them hold their peace, since it is not permitted for them to speak. Yes, and let them subject themselves in obedience, just as the law says. 35 However, if some desire to learn, let them ask their own husbands at home. Indeed, it is a dishonourable thing for a woman to speak at an assembly. 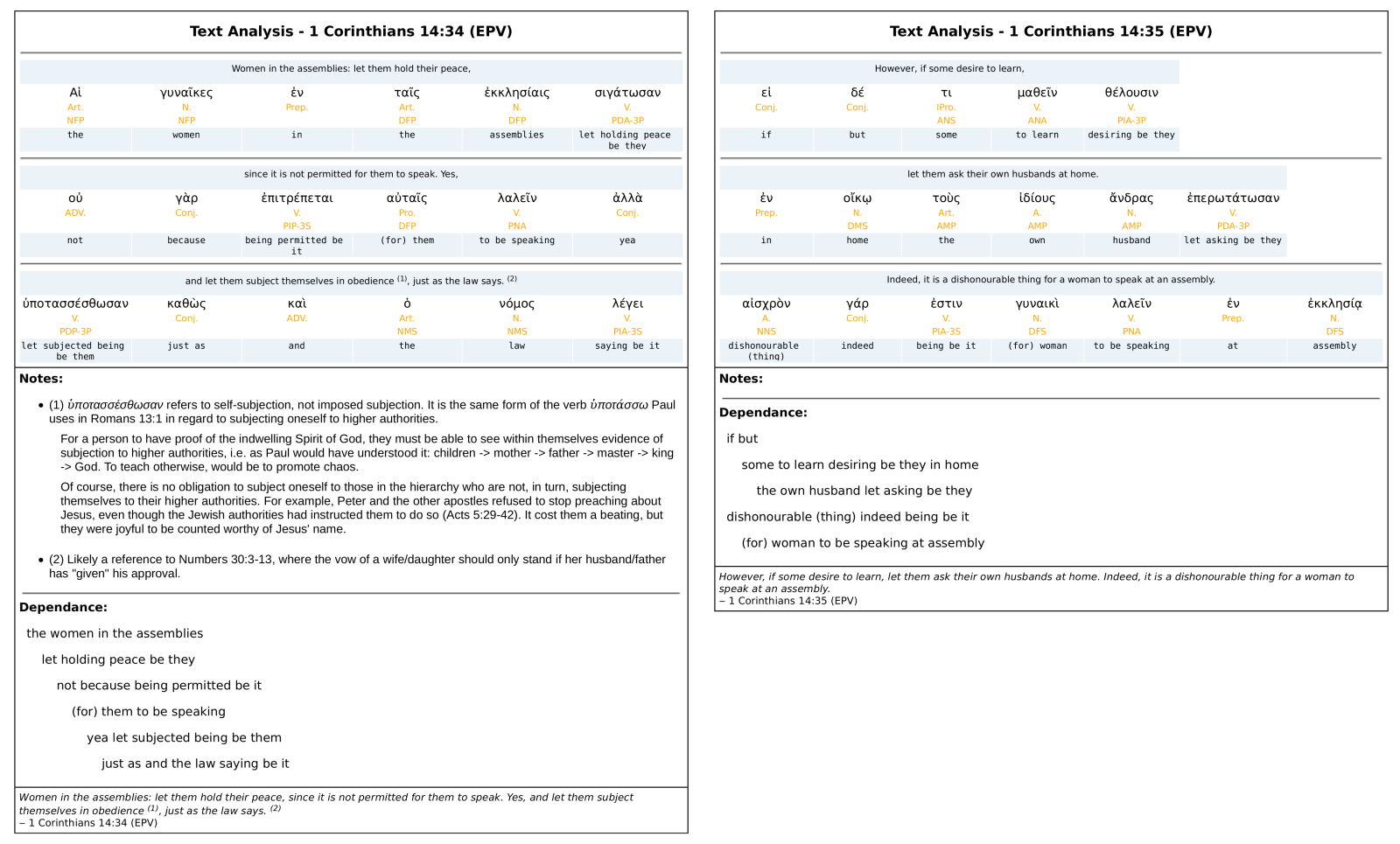 There is no sense, here, that Paul is talking about a "temporary" arrangement.

In regard to the keeping of silence, it was only applicable during the assemblies. Paul made it clear, that if a wife had anything to contribute, she was free to ask her own husband in the privacy of her home. There was no attempt to gag woman, only to maintain the hierarchy of ORDAINED order as Paul saw it (in the past, now, and for always), i.e. children -> mother -> father -> master -> king -> God, order that many of the assemblies were struggling to achieve, even among the leadership (men only).