Did Jacob mislead his brother Esau in Genesis 33:14?

Did Jacob deliberately mislead his brother that he would be joining him at Seir, we are only told he went to Succoth (Gen 33:17) then he came to the city of Shechem (Gen 33:18). In the narrative nowhere is it ever mentioned that he eventually visited his brother in Seir, could he have been still afraid of him?

Yes, Jacob does mislead his brother. After their dramatic reconciliation in Genesis 33, Jacob resists Esau's invitation to join him in the south (Seir) by:

It helps to see a map to get a sense for the dynamics here: 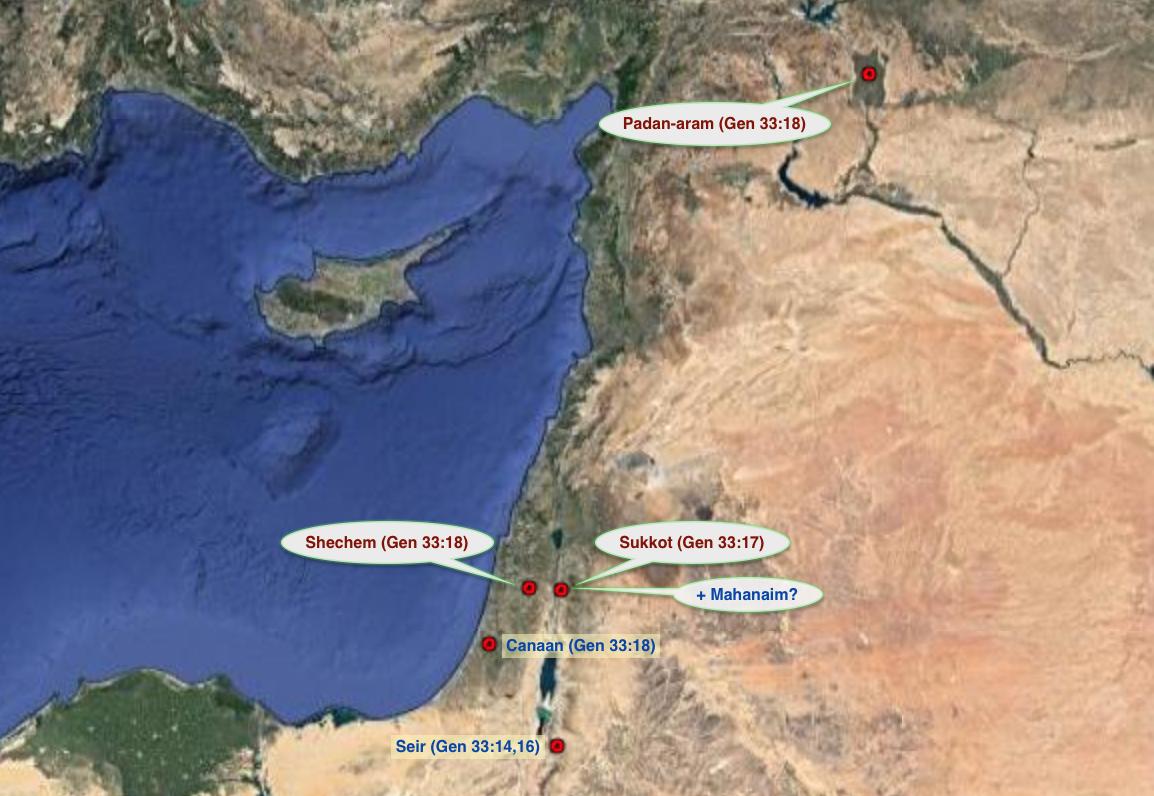 One of the puzzles of this narrative is why Jacob even bothers to alert his estranged brother, Esau, to his presence -- which he does earlier in Genesis 32:3,

3 Jacob sent messengers before him to his brother Esau in the land of Seir, the country of Edom,...

He was at that point at Mahanaim, a good distance from his starting point (Padan-aram; Gen 31:18), but still not near Seir, Esau's country. It helps to see the whole Jacob cycle at this point, as analysed by Michael Fishbane his study "Composition and Structure in the Jacob Cycle (Gen. 25:19-35:22)", Journal of Jewish Studies 26 (1975): 15-38 (and republished elsewhere, see * below) - 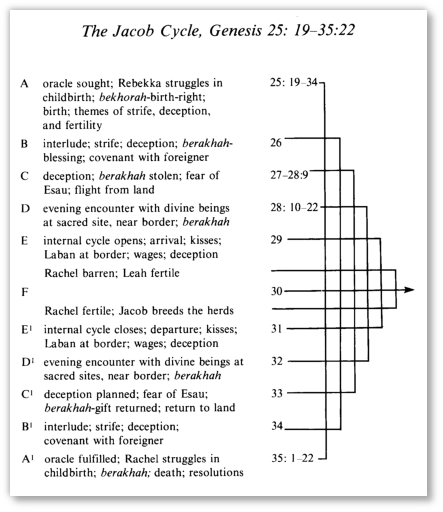 On this reading, Jacob's "deception" of Esau in Genesis 33 (section C1) corresponds to the earlier deception in 27:1-28:9 (section C). There are ironies: the first deception was in the domestic space (Jacob's space); the latter in the open country (Esau's space). And while it was Jacob who had the mysterious encounter (Gen 32), it is Esau who in Genesis 33 appears to be the "changed" man.

It was the Lord who changed Jacob, the Angel who wrestled with him in Peniel... the Angel who wanted to bless Jacob, asked his name and he acknowledge he was Jacob, a deceiver but the Angel changed his name to Israel because he prevailed, that fight with the angel was a fixed fight designed for Jacob to win. The fact that God changed the name of Jacob to Israel was a sign that God was pleased with Jacob, who hanged on through the wrestling match did not let the Angel go until he receive the blessing. Fast forward Solomon said in Proverbs; "if a men's way pleases the Lord He makes even his enemies to be @ peace with him. This is why Esau's attitude towards Jacob was changed. Jacob went to Succoth which was part of the promise land Canaan to fulfill his God given destiny that is to inherit the promised land which is Canaan, not to deceive his brother Esau.

(As a total side note: Who knows- maybe Jacob and Esau even did the part of the journey from Seir to Hebron (to see Isaac), together! Just a thought, but that is obviously not mentioned in Scripture)

5
To Jacob a Son or a Son to Jacob in Genesis 30
6
Is Jacob depicted as "a quiet man" in Genesis 25:27?
0
Where did Edom pursue his brother with a sword as recorded in Amos 1:11?
2
How did Rebekah know that Esau was planning to kill his brother in Genesis 27:42?
3
Why did Jacob name Bethel twice?
0
What kind of oil did Jacob use to anoint the pillar in Genesis 28:18?
9
Why does Pharaoh ask Jacob his age?
4
Was Isaac aware that Jacob was fleeing Esau?
4
Did Jacob have more than one daughter?
3
Why didn't Esau try to kill Jacob?