What does Romans 4:25 (KJV) mean when it says Jesus was raised “again”?

25 Who was delivered for our offences, and was raised again for our justification.

The language of the KJV here is simply a function of English usage in the sixteenth century - and "again" is not represented in the Greek text, (See Interlinear): "raise again" is a "unit", and you need to take the verb and preposition together to mean "resurrection", as in the Oxford English Dictionary entry: 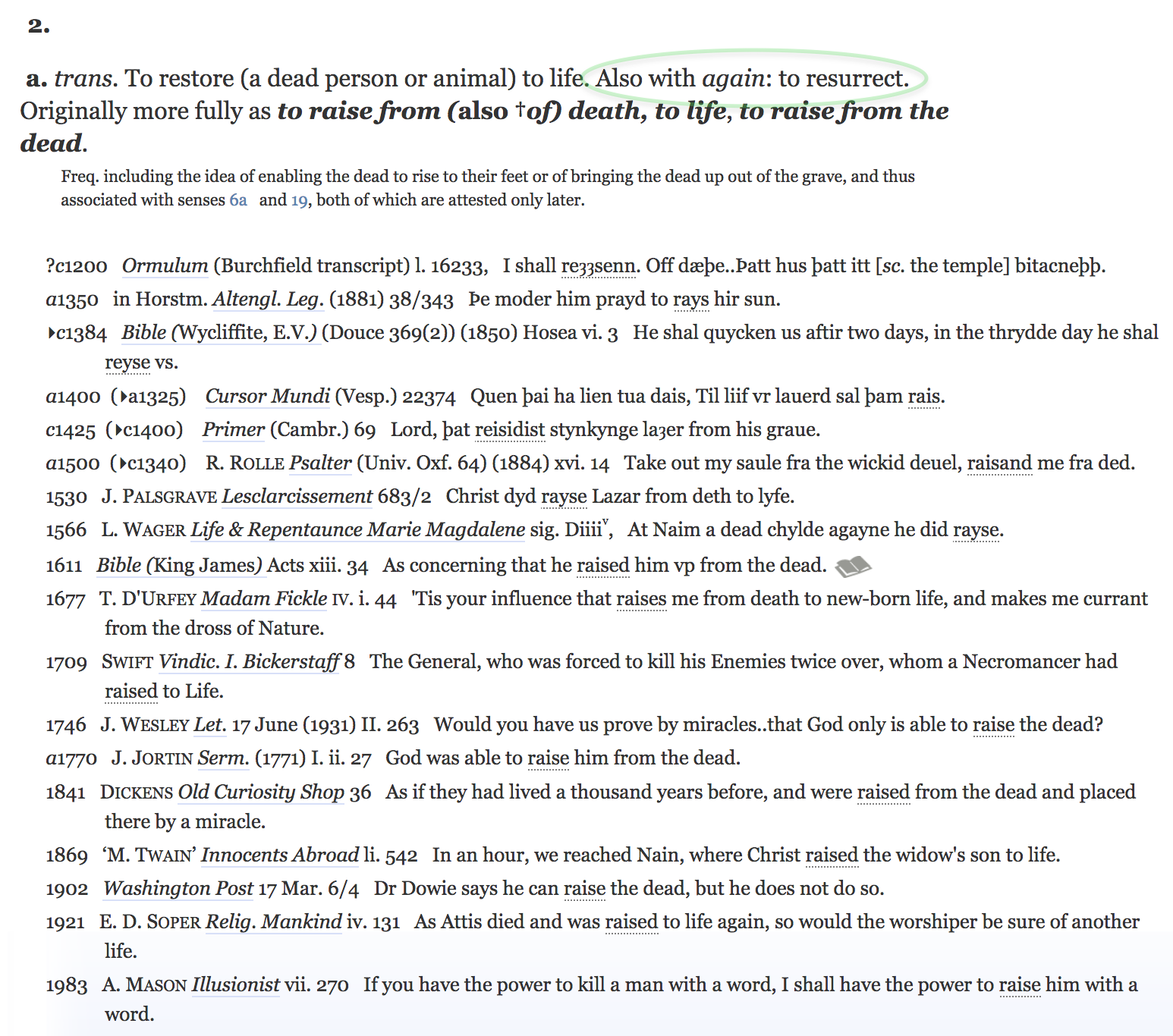 Note that this is already the language of the 1560 Geneva Bible, well before the KJV appeared: 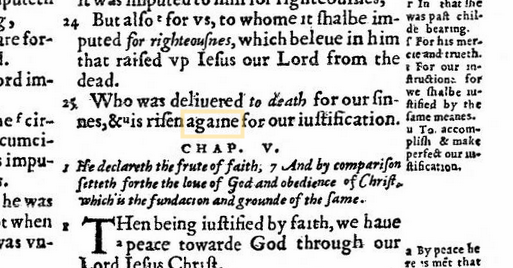 What it does not mean is that he was "raised once, and then raised again", i.e., a second time. Note that more recent English versions do not use this kind of language, but speak simply of "raising" (in the more literal renditions) for the Greek ἠγέρθη [ἐγείρω].

As David has pointed out, “raise again” is a fixed phrase in the language of the Bible translations. We could add that here in Rom 4:25 “raised again” is semantically identical with the Latin Vulgate, which has “resurrexit”, that is: re- (again) + surgo (stand up).

Interesting comments, and somewhat confusing ... thought perhaps, that there might be a source text variation? There isn't, neither in the Alexandrian or Byzantine source texts (I checked on this, using both the GNTSBL and the RP2005). So then, the topic word, here, is the verb "ἠγέρθη" (#1453, V-API-3S)

There is no "again" present in this verse, not even the preposition "ana" (#0303), which can sometimes be employed to provide such a thought; that is, when it's not serving it's more normal reading of "up" ...

And the only reason I mention this preposition is that one of the above replies stated that ...

"raise again" is a "unit", and you need to take the verb and preposition together to mean "resurrection"

But what this has to do (or not do) with what is actually present in this Greek verse is hard to figure out?

So, here's a very literal reading of the Greek in this verse, along with a word by word rendering, following the original Greek syntax (word order) ... Someone, please, point out where, specifically, the thought of "again" is justified?

Not the answer you're looking for? Browse other questions tagged romans or ask your own question.