Psalm 92:3 (ESV)
Upon an instrument of ten strings, and upon the psaltery; upon the harp with a solemn sound.

Psalm 33:2 (ESV)
Praise the LORD with harp: sing unto him with the psaltery and an instrument of ten strings.

Psalm 144:9 (ESV)
I will sing a new song unto thee, O God: upon a psaltery and an instrument of ten strings will I sing praises unto thee.

What is this mysterious instrument of 'ten strings'?

The book of Psalms has 'gems' and this is one of them. Psalteries, tabrets, viols and harps,'stringed instruments' are often a construct state which is a generic symbol for ordinances,laws or statutes, godly or ungodly.

The 10 'stringed instrument' signifies the 10 commandments of Moses.

Whereas to sing or play music signifies walking/behaviour according to the 'ordinances' in question;

Isaiah 23
15 And it shall come to pass in that day, that Tyre shall be forgotten seventy years, according to the days of one king: after the end of seventy years shall Tyre sing as an harlot. 16 Take an harp, go about the city, thou harlot that hast been forgotten; make sweet melody, sing many songs, that thou mayest be remembered

Qouting from musicofthebible.com;
HARP (në'-vël) [H5035] 1. an ancient string instrument of ten strings used to accompany the voice. Standing almost three feet tall, the harp had of two sets of strings (five on each side of the instrument) that could be played in much the same manner as modern harps (by plucking with the fingers) or possibly with a bow..

The '10 strings' denote the 10 commandments of Moses on 2 tablets stones which aspect is also reflected in the 2 sides of the 'ten stringed instrument', hence the 2 'fives of strings' on the instrument.

It's the same figure of Harps and 'stringed instruments' to typify ordinances or laws also illustrated in Isaiah 14, in that the devil goes to the pit with his 'ordinances', the 'psalteries/viols' which he used to decieve people in all the earth. When the ordinances are ungodly, the 'sound' of that 'instrument' is said to be a 'noise',

Isaiah 14:9-12 9 Hell from beneath is moved for thee to meet thee at thy coming: it stirreth up the dead for thee, even all the chief ones of the earth;...
11 Thy pomp is brought down to the grave, and the noise of thy viols: the worm is spread under thee, and the worms cover thee.
12 How art thou fallen from heaven, O Lucifer, son of the morning! how art thou cut down to the ground, which didst weaken the nations!

This is the same figure of 'noise of the harps' that Israel made to God in Amos 5:23-24, and which was 'rejected' by the Most High.

Amos 5
23 "Take away from Me the noise of your songs; I will not even listen to the sound of your harps.
24 But let justice roll down like waters And righteousness like an ever-flowing stream.…

On the other hand when the ordinances are in righteousness. The sound is signified as a new song or sound or simply 'dancing' before God.

Psalm 149:3 Let them praise his name in the dance: let them sing praises unto him with the timbrel and harp.

It is the same song of Moses and the song of the Lamb in;

Revelation 15: 2 And I saw something like a sea of glass mixed with fire, beside which stood those who had conquered the beast and its image and the number of its name. They were holding harps from God,
3 and they sang the song of God’s servant Moses and of the Lamb: “Great and wonderful are Your works, Lord God Almighty! Just and true are Your ways, O King of the nations!

That's why the psalmist is specifying to God the EXACT instrument with which he is going to sing to Him. That is the ten stringed instrument, the symbolic laws of Moses. 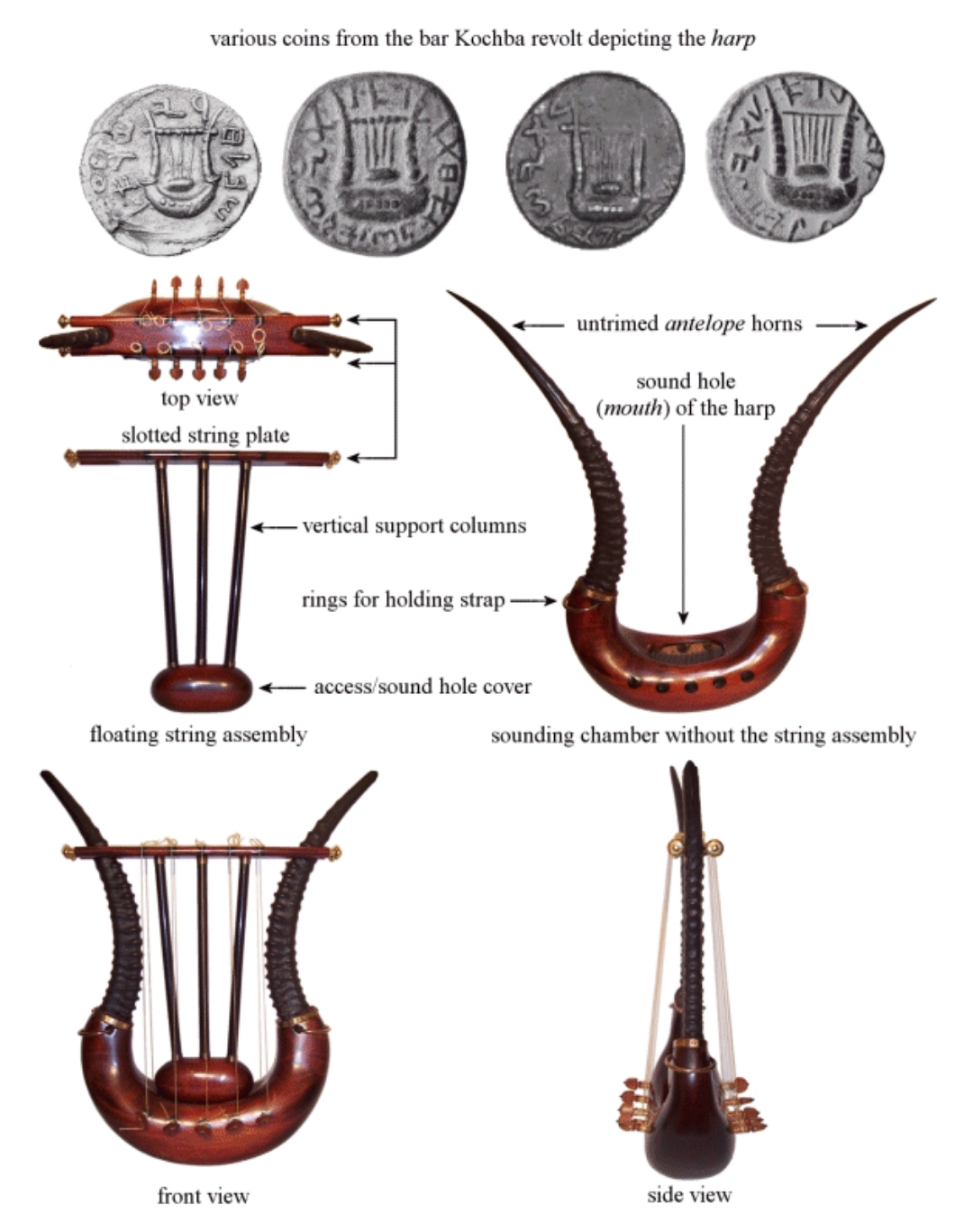 "Unlike traditional harps whose strings vary in length, the ten strings of the Hebrew harp were of the same length and arranged in two sets of five on either side of the instrument. Played with both hands like a modern harp, the Hebrew nebal was primarily a melodic instrument that most likely doubled the melody of the singers or played a counterpoint to it."