Though they dig into hell, thence shall mine hand take them; though they climb up to heaven, thence will I bring them down: (KJV)

It looks like "they" refers to the posts in the previous verse:

I saw the Lord standing upon the altar: and he said, Smite the lintel of the door, that the posts may shake: and cut them in the head, all of them; and I will slay the last of them with the sword: he that fleeth of them shall not flee away, and he that escapeth of them shall not be delivered. (KJV)

However, I have no idea what those posts mean.

The following is the traditional Jewish understanding of Amos 9:1-2 as per the Da'at Mikra of Yehuda Keil et al.

1.p1 "I saw the Lord present at the altar" - Amos says, in a prophetic vision I saw the Lord's presence besides the altar... of the temple at Bet El, whose adherents mistakenly believed in a doctrine that the Lord was in some way physically present to accept their sacrifices. The language is ironic.

1.p2 "And he [the Lord] said to me strike the lintel such that the door posts will quake [same word as used for earthquake]" - A possible allusion to the story of Samson. This is apparently a prophecy of an earthquake.

1.p3 "And [you, Amos] break them [the door posts] on the heads of all [those assembled], and anyone [of the assembled] who survives, I [the Lord] will kill by the sword." - This is apparently a prophecy of war following the earthquake.

2.p1 "If they [those who were assembled at the temple and now seek to escape from the earthquake and war] dig deep [seek refuge in caves, as was commonly done during wars], from there [the caves] my hand [the Lord's hand] will take them."

2.p2 "If they will try to climb up to the sky [apparently a general reference to high places such as Mt Carmel mentioned in the next verse that were high, heavily forested and had deep caves], from there I will bring them down." See similar language in Obadiah 1:3-4.

The temple mentioned in verse 1 is the Bet El temple, as this is a prophecy of doom specifically on the northern kingdom of Israel and the house of Yeravam (e.g. Amos 7:9,13). The verse hints that the main force of the destruction is directed specifically at the adherents to the Bet El sanctuary and its doctrines.

The Hebrew of these verses in the masoretic text is poetic and telegraphic, but not particularly difficult to understand. There is only one word, the word used for "break" in verse 1.p3 that is unique and unusual.

Here is my translation of Amos 9:1 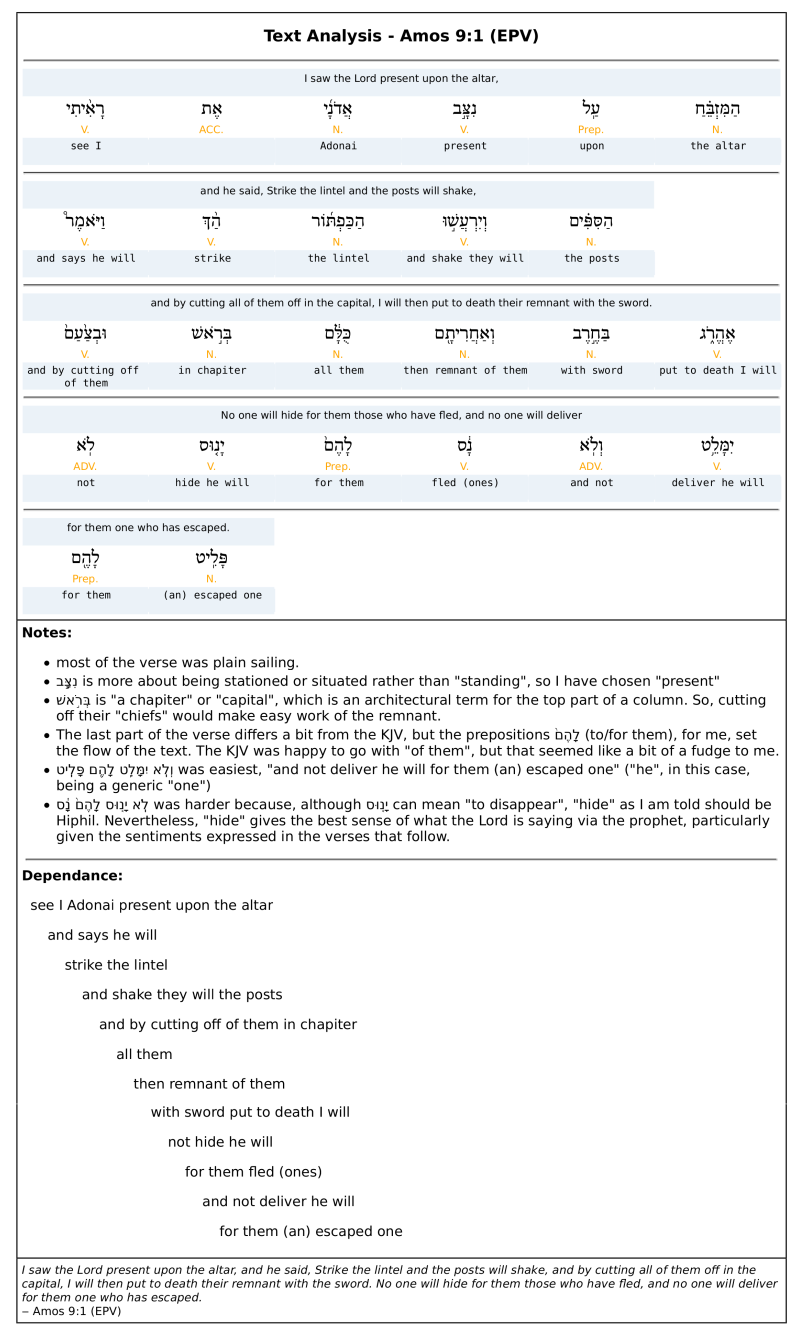 The answer to your question is found in Amos 8:2, which I would translate as: 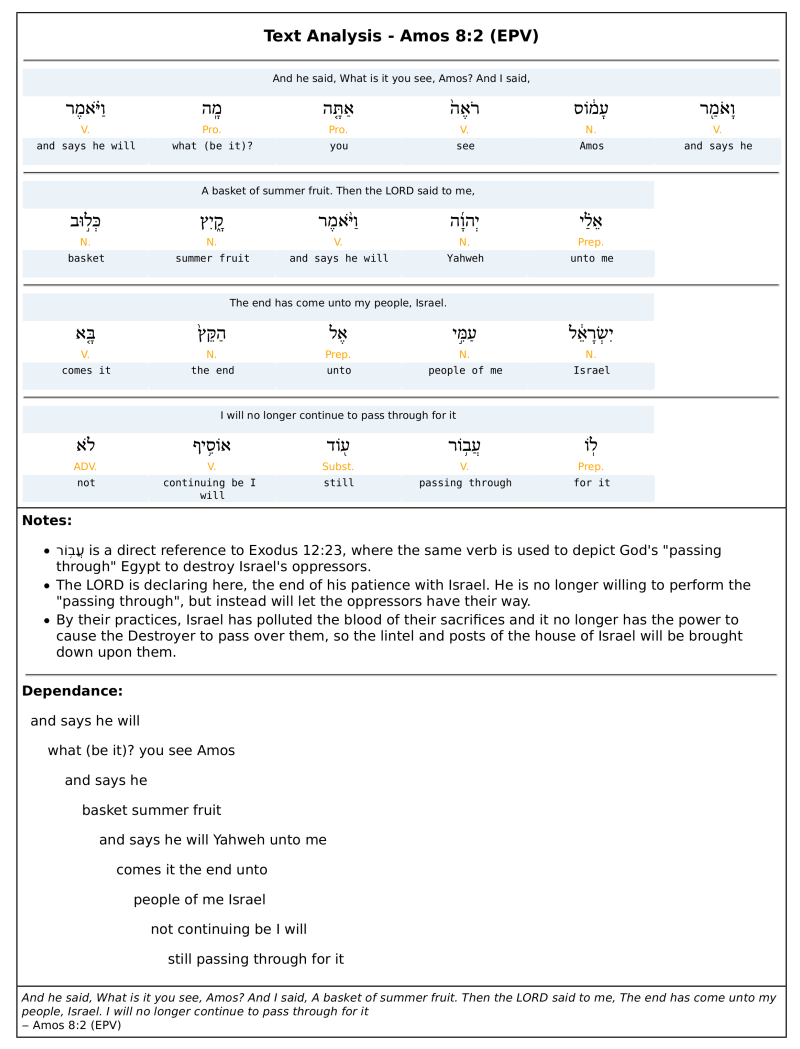 The answer to your question Who are “they” in Amos 9:2?: the "they" in Amos 9:2 is the same as the "them" of Amos 9:1, which is a reference to the people of Israel that the Lord speaks of through the prophet in Amos 8:2.

Not the answer you're looking for? Browse other questions tagged referent-identification amos or ask your own question.