Did Paul intend his instructions concerning the Lord's Supper to apply beyond the church in Corinth?

23 For I received from the Lord what I also delivered to you, that the Lord Jesus on the night when he was betrayed took bread, 24 and when he had given thanks, he broke it, and said, "This is my body which is for you. Do this in remembrance of me." 25 In the same way also he took the cup, after supper, saying, "This cup is the new covenant in my blood. Do this, as often as you drink it, in remembrance of me." 26 For as often as you eat this bread and drink the cup, you proclaim the Lord's death until he comes.

Can we infer from this text that the instructions were limited to the church in Corinth? Does Paul give similar instructions to other churches in any of his writings that would indicate this was a broader practice?

Providing an answer to your second question at face value, as that question does not appear to be as much about the Church in terms of the early church or the overall Christian church body, but in terms of the churches/synagogues that are specifically and directly referenced in the Bible. This would be like listing cities, or names, or other specifics sites, and not about Christianity per se. So, my interpretation is that this question fits in that it is about:

Given that perhaps narrow interpretation, with regard to your second question, I was able to research using Biblehub.com and confirm that no, Paul does not write in any of his other epistles about what is described in your referenced passage, namely the communion. There are no similar instructions about the communion experience written to others by him.

Regarding the historical contextual question about the broader practice of communion at the time of the written passage, there are several biblical references that show that breaking bread together, and celebrating communion together was a practice broader than at just the Corinth church site.

Though the disciples read, and meditated, and prayed, and sung apart, and thereby kept up communion with God, yet they came together to worship God, and so kept up their communion with one another. They came together on the first day of the week, the Lord's day. It is to be religiously observed by all disciples of Christ. In the breaking of the bread, not only the breaking of Christ's body for us, to be a sacrifice for our sins, is remembered, but the breaking of Christ's body to us, to be food and a feast for our souls, is signified. In the early times it was the custom to receive the Lord's supper every Lord's day, thus celebrating the memorial of Christ's death. In this assembly Paul preached.

There are many other references about breaking bread in church bodies throughout Acts, and those locations include Jerusalem. So I also note that as Jews would have been accustomed to eating Passover (on which the Lord's Supper was modeled), they would not have needed instructions on how to do it. But I am surprised then that more Gentile locations would not have needed similar instructions in Paul's letters.

Regarding your first question, which is more about intent and long-term inferences, I would also refer you to peruse the Christianity site.

While the letter was sent to the church at Corinth, it was addressed to a wider audience:

to the church of God that is in Corinth, to those who are sanctified in Christ Jesus, and called to be saints, with all those in every place who call on the name of our Lord Jesus Christ, their Lord and ours. (1 Corinthians 1:2) [NET]

As some commentators note, this opening gives the letter a universal address:

Ellicott:
With all that in every place.—Better translated, with all that call upon the name of our Lord Jesus Christ in every place, both theirs and ours. The teaching of the Epistle is thus addressed to the Church at large, which is composed of all who call upon the Lord Jesus, whether it be in Corinth (“our” country—the Apostle identifying himself with his converts) or elsewhere. This idea of the Church, put forward in the very opening of the Epistle, at once directs the reader’s mind from the narrow spirit of faction which was exhibiting itself at Corinth. The words of this verse contain a strong testimony to the worship of Christ, not only as being practised in the Apostolic Church, but as being one of the very marks of true union with the Church.

Cambridge Bible:
with all that in every place call upon the name of Jesus Christ our Lord. The Epistle, which dealt with so many and such weighty truths, was not to be treasured up as the peculiar heritage of the Corinthian Church, but was to be regarded as the common possession of the universal Church of Christ. Or perhaps it is better, with Olshausen, to regard the Apostle as reminding the Corinthians that they form only a part, and that but a small one, of the whole Church of Christ, a consideration which their self-satisfaction was leading them to forget.

This opening is intentional and necessary as Paul’s appeal will be for unity among believers:

I urge you, brothers and sisters, by the name of our Lord Jesus Christ, to agree together, to end your divisions, and to be united by the same mind and purpose. (1:10)

As Richard B. Hays comments:

The community’s life before God depends entirely on Jesus’s death on the cross (cf. 11:26; 15:1-3, and the Lord into whose dominion the community has been transferred in baptism is Jesus Christ alone. The church is saved and sustained only in the name of Jesus.1

This logic for unity in Corinth must apply to the church in every location. Hence the need to include all believers in the address: “…with all those in every place who call on the name of our Lord Jesus Christ, their Lord and ours.”

The letter to the Corinthians was written from Ephesus, to whom Paul also wrote about unity:

I, therefore, the prisoner for the Lord, urge you to live worthily of the calling with which you have been called, with all humility and gentleness, with patience, bearing with one another in love, making every effort to keep the unity of the Spirit in the bond of peace. There is one body and one Spirit, just as you too were called to the one hope of your calling, one Lord, one faith, one baptism, one God and Father of all, who is over all and through all and in all. (Ephesians 4:1-6)

The two letters not only same the same logic of unity as the body of Christ, they confirm an underlying reality of travel and communication between Christians in different cites. The practical consequences of this inter-relationship between Christians in different cites demands the practice of Communion in all locations. If this were not the case, Christians visiting Corinth would have no idea what the Corinthians were doing when they shared Communion. Likewise Corinthians visiting other cities would be confused by the failure not to engage in the practice of Communion.

In other words, if Paul did not teach Communion to all churches, the practice of Communion at Corinth would be a cause of division between Christians. The fundamental practices taught at each location must be the same or else Paul's teaching at one location would become a source of division within the body of Christ at another location.

Like 1 Cor 11:2-16 (the passage immediately preceding the context of the current question) Paul is addressing a specific Corinthian innovation that Paul did not endorse. So while like all of the specifics of biblical history, there are broader lessons but the original context was specific to a local context.

In the former passage someone has been teaching that men must cover their heads when they pray or prophesy as is/was practiced among Jews: 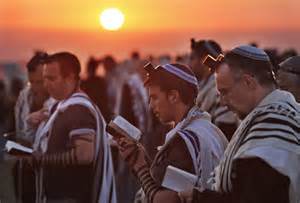 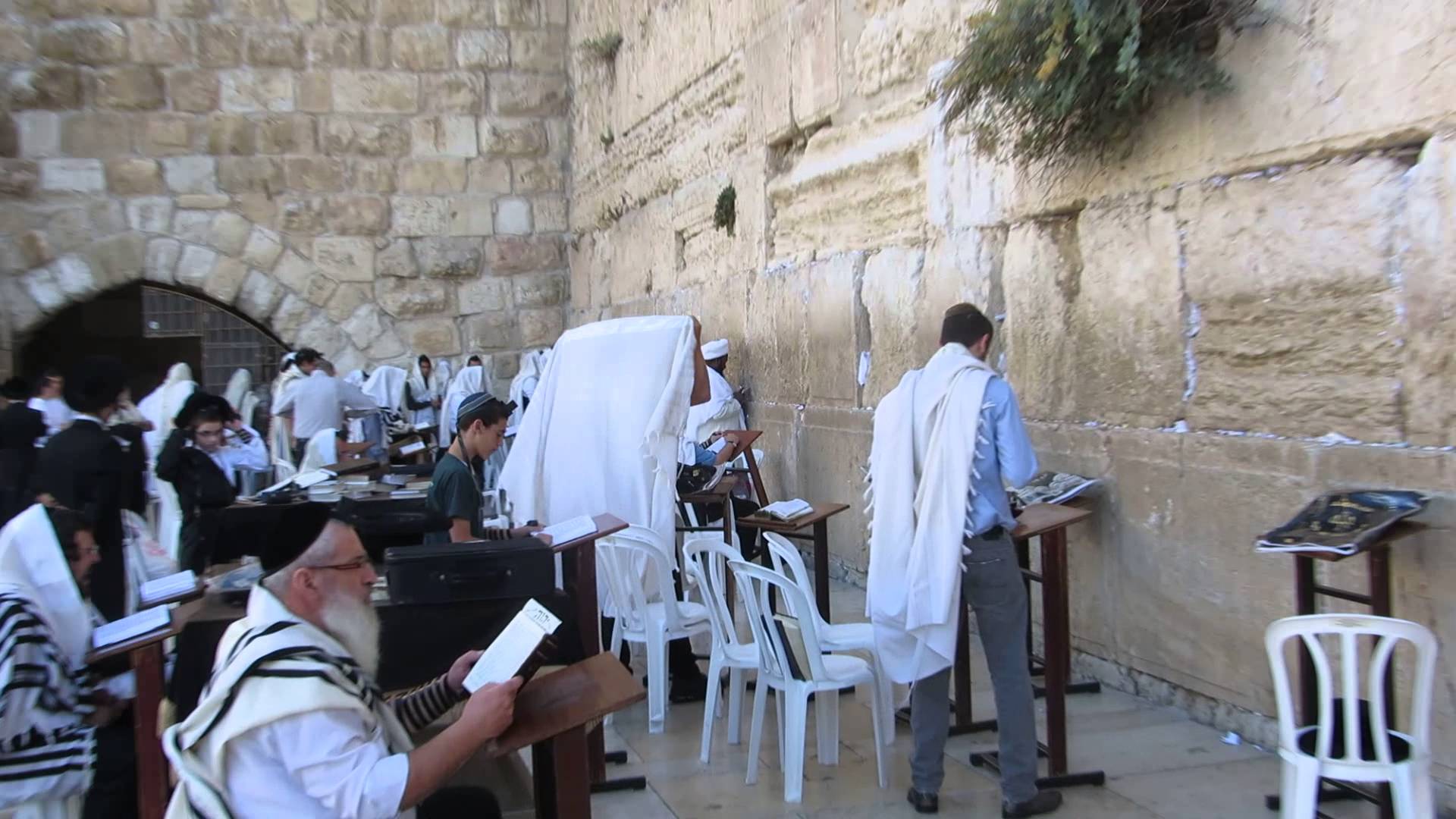 Paul responds to the suggestion with a teaching saying that men ought not to conform to this practice since men, unlike women, are made in the image of likeness of God:

1Co 11:7  For a man indeed ought not to cover his head, forasmuch as he is the image and glory of God: but the woman is the glory of the man.

So too, in the latter section, some Jewish believers in Corinth got it into their heads that it would be really fantastic if instead of celebrating Passover in their individual homes as instructed in the Torah, they partook together in a Christian gathering. However, Paul was completely dead set against that idea:

1Co 11:17  Now in this that I declare unto you I praise you not, that ye come together not for the better, but for the worse.  1Co 11:18  For first of all, when ye come together in the church, I hear that there be divisions among you; and I partly believe it.  1Co 11:19  For there must be also heresies among you, that they which are approved may be made manifest among you.  1Co 11:20  When ye come together therefore into one place, this is not to eat the Lord's supper.  1Co 11:21  For in eating every one taketh before other his own supper: and one is hungry, and another is drunken.  1Co 11:22  What? have ye not houses to eat and to drink in? or despise ye the church of God, and shame them that have not? What shall I say to you? shall I praise you in this? I praise you not.

So Paul clearly disapproves of the idea of coming together into one place to eat the Seder.

He then fights error with good doctrine by showing that the Seder is to be celebrated at home by Jews, as usual with the one modification, that the cup of wine and the broken pita bread serve as a reminder of the broken body and shed blood of the Christ and that the meal be eaten with all appropriate respect.

However, most Churches loved the idea of a "communion" celebration, celebrating themselves as "a unified body" by eating a box of crackers. Nothing, it turns out, says "oneness" like a box of many crackers!

So again, Paul was correcting an error but properly understood it should serve as an indication to all believers that:

Failure to observe these teachings of Paul may result in sickness or death.

Not the answer you're looking for? Browse other questions tagged 1-corinthians authorial-intent church or ask your own question.

3
The audience of 1 Corinthians and the translation of τοῖς ἔθνεσιν in 5:1